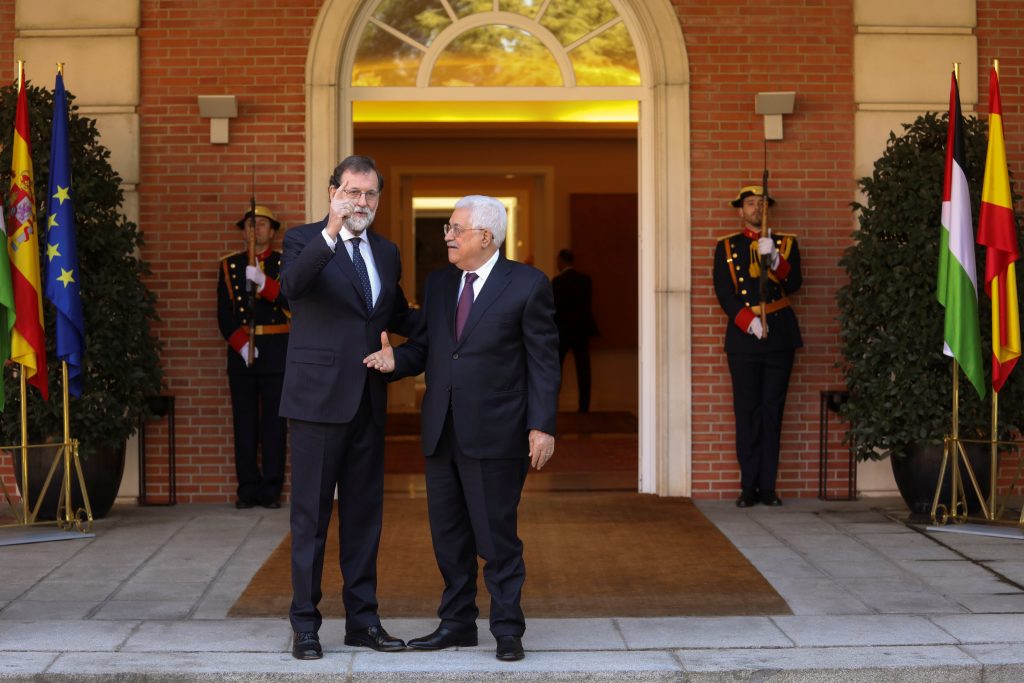 In retaliation for a U.S. decision to deny certification to the PLO office in Washington, the Palestinian Authority said on Tuesday that they will not meet with American officials in Yerushalayim and Ramallah until further notice.

“Communications with the consulate in Yerushalayim and meetings between American and Palestinian officials in Palestine are currently frozen because of the decision not to renew the PLO office in Washington’s certification,” Majdi al-Khalidi, diplomatic affairs adviser to PA President Mahmoud Abbas, told The Jerusalem Post.

A spokesman for the Palestinians said the word came from Abbas himself “regarding closing down all communication lines with the Americans.”

It appeared that for the time being in Ramallah at least, President Donald Trump’s envoys Jared Kushner and Jason Greenblatt will not be able to discuss the peace process with the Palestinians.

The news comes as the Americans are reportedly making progress toward a detailed draft plan for renewal of Israeli-Palestinian negotiations, to be unveiled in the near future.

Senior PA officials Saeb Erekat and Ambassador Zomlot were said to be meeting with U.S. officials to clarify the matter.

In a sign that the issue might well blow over and not impede efforts to renew peace talks, Abbas said in the Spanish Parliament on Tuesday that they are “committed to a historic peace deal [with Israel] under the auspices of President Trump.”

The American move was precipitated by a Palestinian threat to take their grievances against Israel to the International Criminal Court, which would constitute a violation of a December 2015 amendment to the annual State and Foreign Operations Bill, stating that the PLO mission in Washington will be shut if the Palestinians initiate or support such actions against Israel.

In September 2017, Abbass proclaimed to the United Nations General Assembly: “We have also called on the International Criminal Court, as is our right, to open an investigation and to prosecute Israeli officials” over Israeli policies in Yehudah and Shomron. That, according to a Washington source, was the incriminating comment.