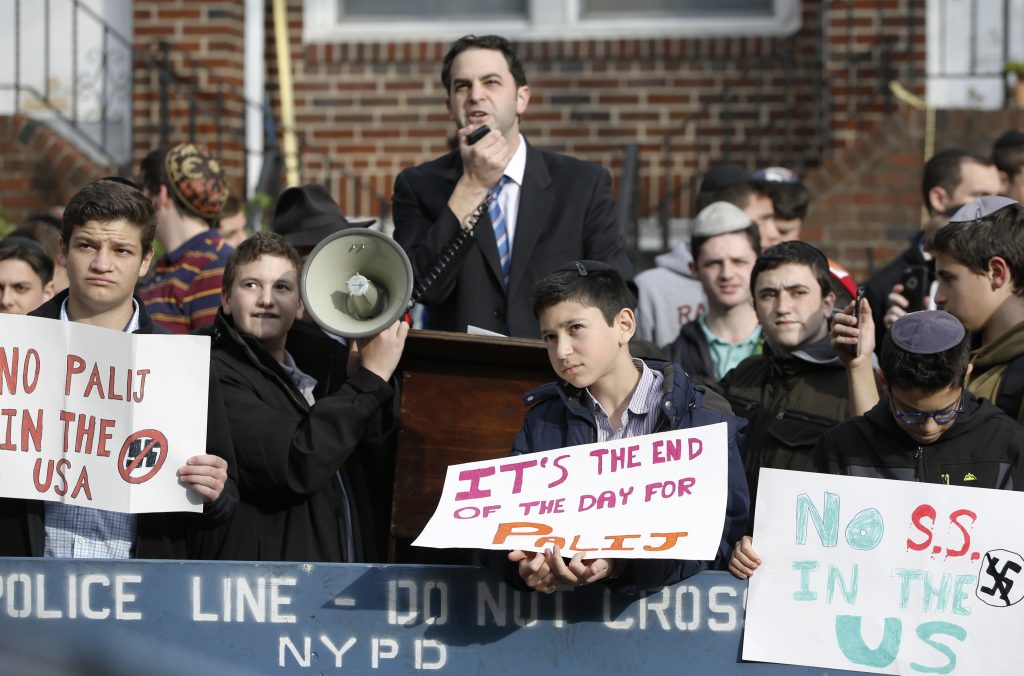 The Justice Department renewed its support for deporting a former concentration camp guard who has been living in Queens since the late 1950s.

Polish-born Jakiw Palij, 92, was stripped of his United States citizenship in 2004 for his role in the camp and on grounds that he lied about his Holocaust-era actions in order to enter the United States in 1949. His deportation was ordered but not carried out because the three countries deemed appropriate for his return — Germany, Poland and Ukraine — refused to accept him.

Recently, elected officials from New York have petitioned the federal government to see that the order is carried out while Palij is still alive. The lastest response, by Assistant Attorney General Stephen Boyd, addresses a letter that was signed by 83 members of the state assembly:

“The Department agrees fully that Palij should not live out his last days in this country. The Department remains committed to ensuring that justice is done in this case as we will continue, in cooperation with our interagency partners, to pursue every avenue for effectuating Palij’s removal.”

Assemblyman Dov Hikind, who has been working to keep the issue of Palij’s unfulfilled deportation order in the public eye for several years, welcomed the statement.

“I have been reaching out to high-level members of the Trump Administration,” he said. “The rights and freedoms we enjoy in America should not extend to those who facilitated the death of countless innocent people. Palij’s presence here mocks the memory of the millions who perished. There is no question of his guilt. It is imperative that someone responsible for Nazi atrocities be held accountable for his crimes, regardless of his age. I will never rest while a Nazi lives comfortably in our country.”

In response to an inquiry from Hamodia as to whether concrete plans are in the works to effect Palij’s deportation, Justice Department spokeswoman Nicole Navas Oxman said that “the Justice Department remains committed to ensuring that justice is done in this case and we will continue to work with our interagency partners to pursue every avenue for effectuating Palij’s removal as expeditiously as possible.”

Palij served as a guard in the Trawniki concentration camp in Nazi-occupied Poland, where several thousand Jews and other prisoners were murdered. He came to America claiming he was a war refugee and was granted citizenship in 1957.

A statement made by the Justice Department at the time of Palij’s citizenship revocation said that he was trained at Trawniki’s training camp in the spring of 1943. On Nov. 3, 1943, more than 6,000 men, women and children incarcerated at Trawniki were killed in one of the largest single massacres of the Holocaust. In his decision ordering Palij’s deportation, a judge wrote that these victims “had spent at least half a year in camps guarded by Trawniki-trained men, including Jakiw Palij.”

The Justice Department said that by acting as a guard, Palij prevented prisoners from escaping, making him at least complicit in their deaths.

In a 2003 interview with The New York Times, Palij said he was forced into service for the Nazis and denied any wrongdoing.

He has lived for decades in the Jackson Heights section of Queens. The area is often touted as one of the most diverse in the country, with a particularly large population of Indians, Pakistanis and immigrants from various South and Central American countries. It was once home to a thriving Jewish community as well, which has dwindled. Somewhat ironically, Palij’s home is about a block away from the neighborhood’s Tifereth Israel shul and two blocks from its now-shuttered Young Israel.

The issue of Palij’s presence in the United States has gained increased attention, partly due to students from the Rambam Mesivta in Lawrence who have staged protests outside his home on several occasions, most recently on November 9, the anniversary of Kristallnacht.

A letter signed by New York State’s entire congressional delegation was sent to Secretary Rex Tillerson, asking the State Department to take action to see that Palij is removed from the country.

America has been largely successful in deporting those who were discovered to have participated in Nazi genocide. The cases that stalled, like Palij’s, were due to the absence of any country willing to accept the suspects in question. Palij was born in what is now Ukraine and spent his time during the Holocaust in occupied Poland, working under the auspices of Germany. Ukraine and Poland have refused to accept him, saying that as there is no specific crime associated with him, they lack a way to prosecute him. Germany, which since the case of John Demjanjuk does prosecute anyone who served in concentration or death camps, has denied responsibility, saying that he was never a German citizen.

“For more than three decades, the Department has tenaciously pursued its mission to expel former Nazi persecutors from this country,” read the Justice Department’s most recent letter. “Since 2005, when the removal order became final, the Department, in cooperation with the Department of State and Homeland Security, has worked to enforce the order. The governments of Ukraine, Germany, and Poland, however, have declined to admit Palij, and no other nation has agreed to accept him.”