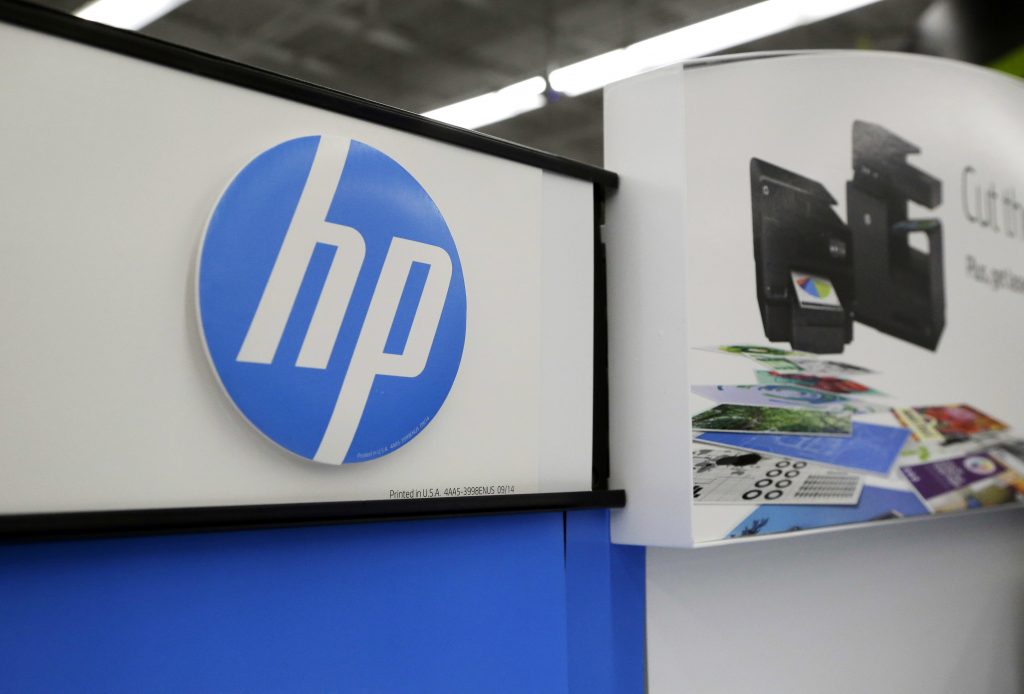 Sales at the world’s biggest maker of PCs rose across all businesses and all regions in the fiscal fourth quarter. While profit for the current period may fall slightly below analyst projections, the company raised by one cent its forecast for the fiscal year that started Nov. 1. Adjusted profit of 44 cents in the three months through Oct. 31 matched analyst predictions.

“The results give us confidence in the trajectory of our business,” Weisler said in a briefing. “We feel good about the investment choices that are ahead of us. We believe that we can create significant value.”

The company formerly known as Hewlett-Packard Co. spun out its data center, software and services as Hewlett Packard Enterprise in 2015, with the expectation that shareholders would benefit from those faster-growing, more lucrative businesses. Yet shares in HP Inc., which focuses on PCs and printers, have outperformed its more glamorous offspring, rising about 71 percent to Hewlett Packard Enterprise’s 47 percent, by embracing higher-end products and producing revenue increases.

“HP is executing and gaining share in two categories that were largely left for dead by the industry,” IDC analyst Crawford Del Prete said by email. “At the same time they are innovating in new segments. Comparisons are going to get harder in the future, but the disciplined approach they are taking is not only working, it’s providing for growth.”

HP Inc.’s personal-computer shipments grew 4.4 percent in the three months through September from the same period a year earlier, even as the rest of the industry endured a 3.6 percent decline, researcher Gartner Inc. reported in October. That made it the top-selling PC brand for the second consecutive quarter over Lenovo Group Ltd. Sales in the personal systems group, which includes PCs, gained 13 percent in HP Inc.’s recent quarter, after rising 12 percent in the previous period.

Analysts estimated $13.4 billion in fiscal fourth quarter sales, according to data compiled by Bloomberg. Net income increased to $660 million, or 39 cents a share, from $492 million, or 28 cents, a year earlier.

While HP Inc.’s total costs rose about 10 percent in the quarter, the increase was proportionately smaller than the jump in sales. The spending is spread across “R&D, marketing and field-selling costs,” Chief Financial Officer Catherine Lesjak said in the briefing.

Profit, excluding some items, will be 40 cents to 43 cents a share in the fiscal first quarter, HP Inc. said. Analysts forecast 42 cents a share. A year ago, Weisler announced plans to cut 3,000 to 4,000 jobs over three years, a move aimed at generating $300 million in savings.

Printing revenue increased 7 percent to $4.88 billion. The division is expanding with the $1 billion acquisition of Samsung Electronics Co.’s printer business — a deal that was completed at the start of November and that’s meant to bolster HP Inc.’s push into the market for larger office copiers. That acquisition has prompted HP to raise its adjusted profit forecast for next year to $1.75 to $1.85 per share.