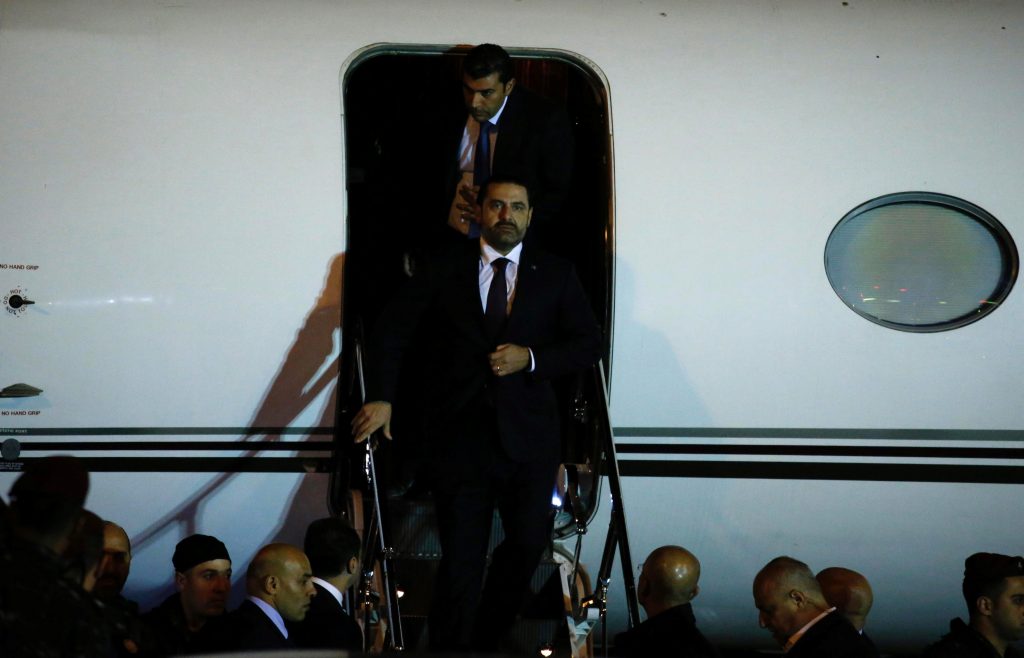 Saad al-Hariri returned to Beirut on Tuesday for the first time since he resigned as Lebanon’s prime minister in a broadcast from Saudi Arabia and plunged his country into political crisis.

Hariri’s sudden resignation on Nov. 4 thrust Lebanon into the forefront of regional tussle between the Sunni monarchy of Saudi Arabia and Shiite Islamist Iran, whose powerful Lebanese ally Hezbollah is part of the government.

Hariri was greeted by members of the security forces as he disembarked from a jet at Beirut airport, live footage of his arrival showed.

Hariri, a long-time ally of Saudi Arabia, cited fear of assassination and meddling by Iran and Hezbollah in the Arab world in his resignation speech. The move caught even his aides off guard, and politicians close to him say Riyadh forced him to quit and held him in Saudi Arabia.

Riyadh and Hariri have denied this.

Lebanese President Michel Aoun has refused to accept the resignation until Hariri returns to present it in person.

Earlier, Hariri met Egyptian President Abdel Fattah al-Sisi in Cairo, saying after the meeting that he would announce his “political position” in Lebanon.

In a Nov. 12 interview from Saudi Arabia with Future TV, a station affiliated with his political party, Hariri said he would return to Lebanon to confirm his resignation.

But he also held out the possibility of withdrawing it if Hezbollah respected Lebanon’s policy of staying out of regional conflicts such as Yemen.