World Ghana’s President: Africans Must Move Beyond Aid and Not Be ‘Beggars of the World’
World 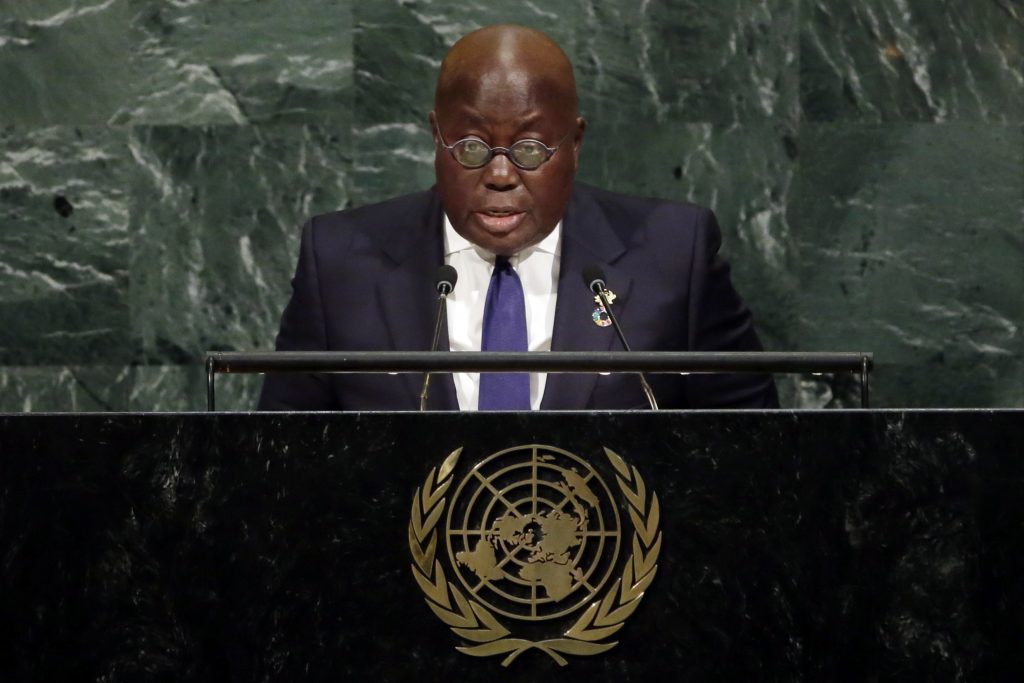 Africa should move beyond aid handouts that have failed to bring growth and prosperity and move to an era of mutual respect with Western countries, Ghana’s president said on Tuesday.

President Nana Akufo-Addo, elected less than a year ago, said aid to his nation from donor countries was unsustainable and harmful to both sides.

“We can and we should be able to build a Ghana with use of her own resources and their proper management as a way to engineer social and economic growth in our country,” he said.

Resource-rich Ghana is an exporter of gold and oil and the world’s second largest cocoa producer. Pres. Akufo-Addo has vowed to clean up corruption in the West African nation’s cocoa sector and restore output to 1 million tons by 2020.

Pres. Akufo-Addo, who took office in January, called for closer trade ties with the neighboring Ivory Coast and across Africa, home to 1.2 billion people and a burgeoning middle class.

Ghana was the first country in sub-Saharan Africa to win independence from colonial rule 60 years ago, a milestone that paved the way for independence for nations across the continent.

“We are painfully aware we are nowhere near where we should be,” he said in the speech to the Royal African Society. “After 60 years it is obvious that the aid bus will not take Africa where it has to be.”

Mindsets of dependency and donations must be discarded for equality in global relationships, Pres. Akufo-Addo said.