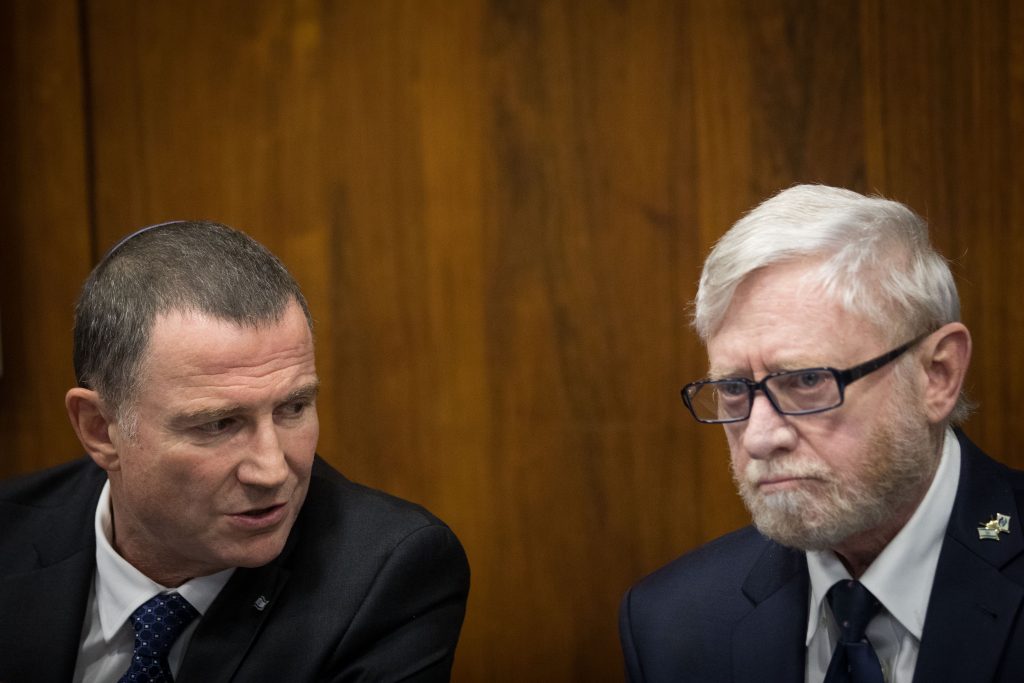 Two right-wing NGOs came under fire from Israel’s State Comptroller Joseph Shapira on Tuesday for allegedly receiving state funds through improper channels and then using them to finance legal actions, usually against Palestinians in land disputes in Yehudah and Shomron, according to media reports.

Although the comptroller’s report does not name the organizations, referring to them only as NGO A and NGO B, speculation centered on Regavim and Horizon for Settlement.

The report did, however, name the Binyamin Regional Council, accusing it of rigging tenders worth millions of shekels in favor of the NGO’s.

“The conditions set by the Binyamin Council [for funding]… raise the suspicion that they were set up to fit to be compatible with NGO A and NGO B,” Shapira wrote. “It is not surprising that only those organizations sought support from the Council and succeeded in winning it.”

In a furious response, Regavim said there was nothing improper about the manner in which it received funding: “The activities of Regavim’s director-general are carried out according to directives set out by legal counsel, in strict accordance with guidelines that prevent conflicts of interest or misrepresentation.

“The High Court has long permitted local authorities and municipalities to support public activism in matters of national and local public policy, so long as the rules of proper governance are upheld.

“While the Tel Aviv Municipality spends hundreds of thousands of shekels of taxpayers’ money each year funding radical, anti-Zionist organizations, including a host of organizations that support and defend illegal migrants from Africa…performances of The Jaffa Theater that promote the ‘Nakba’ narrative…we at Regavim take pride in the fact that local authorities in Yehudah and Shomron actively promote the Zionist ideal of protecting state lands,” it said.

Shapira’s report contained no allegations of graft, only that state funds should not be used to oppose state policies and that possible conflicts of interest and improper procedures may lead to prosecution and could disqualify Regavim from applying for funds from the council in the future.