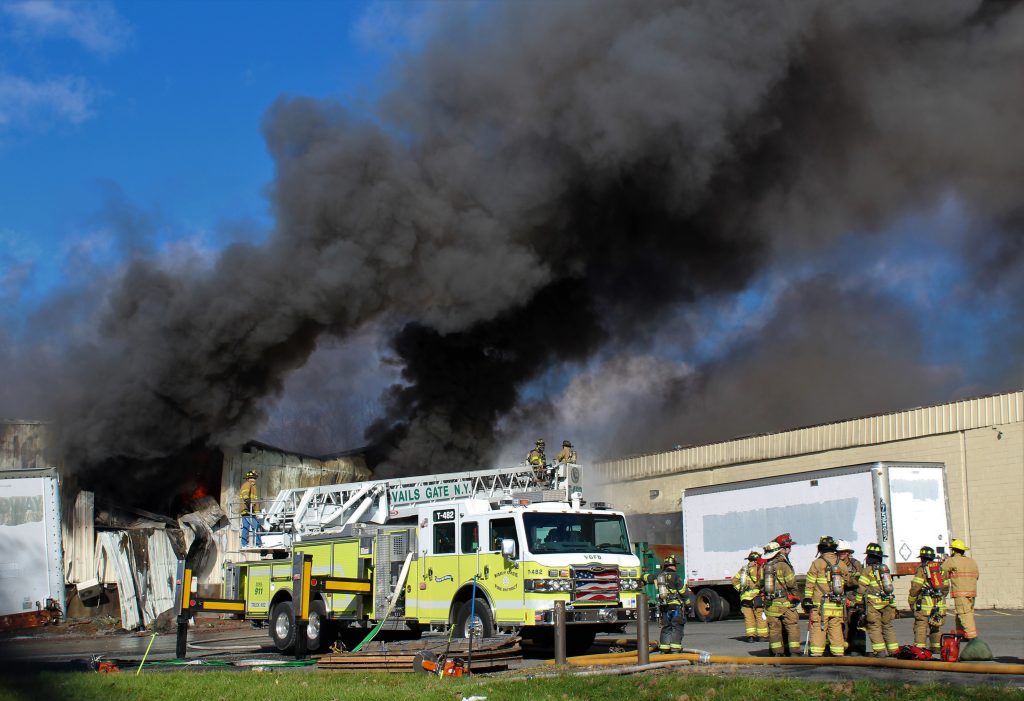 Authorities recovered the body of a male worker reported missing after two explosions and a fire at a New York cosmetics factory left 30 to 35 people injured, including seven firefighters caught in the second blast, officials said Monday.

“A deceased male employee was recovered from the plant fire at approximately 7:40 p.m.,” Orange County spokesman Justin Rodriguez said in a statement Monday night. He gave no additional details.

Up to 35 people were being treated for injuries, including seven firefighters, most of them from the nearby city of Newburgh, Town Supervisor George Green said. Two of the firefighters were taken to the burn unit at Westchester Medical Center, he said. None of the injuries appear to be life-threatening.

There was no word on a cause of the blaze, which fire crews and hazardous materials teams were battling into the night.

Verla was cited for nine occupational safety violations earlier this year, according to records on the Occupational Safety and Health Administration’s website. One was related to problems with the handling of flammable and combustible liquids.

The federal agency also cited inadequacies relating to respirator protection for workers and the maintenance of exit routes. The company agreed to pay $41,000 in penalties.

The factory is about a half-mile from the town hall and police station in New Windsor, on the Hudson River’s west bank, 55 miles north of New York City.