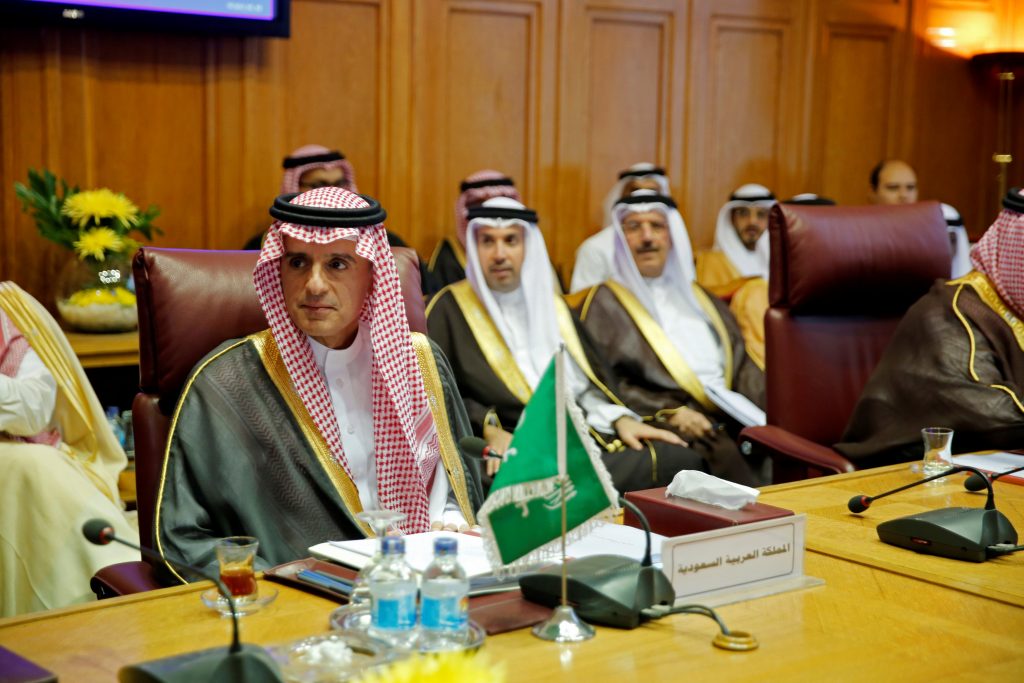 “There are no ties between Saudi Arabia and Israel,” Jubeir told Egyptian media, according to a translation by Ynet published on Monday evening.

He did not, however, say that covert communications — not necessarily included in the rubric “ties” — with Israel have not been taking place.

The foreign minister’s statement came on the same day that Hezbollah chief Hassan Nasrallah railed in a speech in which he attacked Riyadh for its contacts with Israel that “no denial has been made on this issue.”