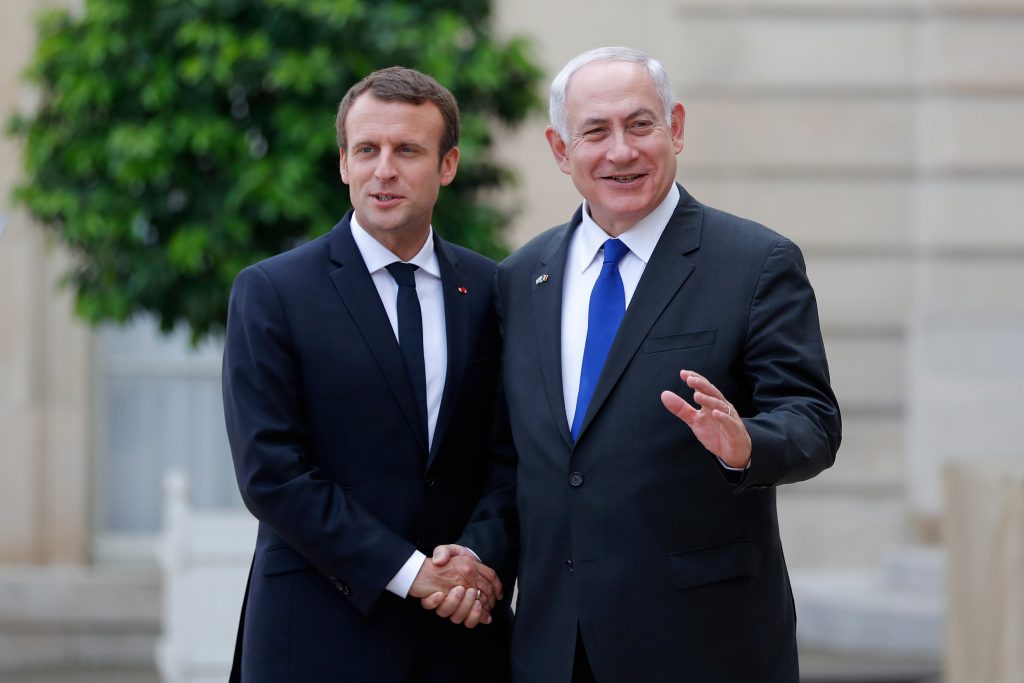 Prime Minister Binyamin Netanyahu says he will meet French President Emmanuel Macron in Paris in early December to discuss threats against Israel from Hezbollah and Iran and “ideas to stabilize the situation in Lebanon.”

The prime minister told his Likud Party at a meeting Monday that he spoke with the French president “at length” the previous day.

Lebanon was plunged into crisis earlier this month by the surprise resignation of Prime Minister Saad Hariri, a Hezbollah rival. Hariri recently traveled to France from Saudi Arabia, where he had made the announcement.

Netanyahu says he and Macron agreed to meet to “see if we can adopt similar approaches, as much as possible, concerning this threat and the nuclear agreement with Iran.”