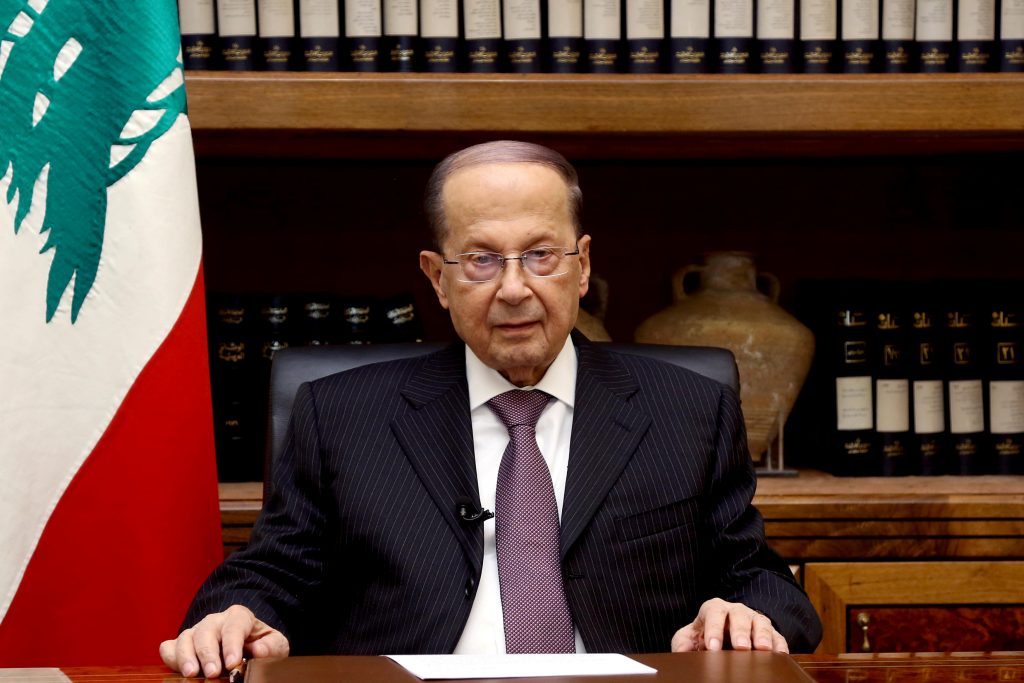 The Lebanese president on Monday appeared to defend Hezbollah as necessary to resist Israel, after an Arab League statement accused the group of terrorism and noted it is part of Lebanon’s coalition government.

“Israeli targeting still continues and it is the right of the Lebanese to resist it and foil its plans by all available means,” President Michel Aoun’s office quoted him as saying.

The heavily armed Shiite Muslim Hezbollah, formed by Iran’s Revolutionary Guards, fought Israel in Lebanon in the early 1980s and says its weapons are still needed against Israel.

Saudi Arabia, a regional rival of Iran, opposes Hezbollah’s role as a military force in Syria and has accused it of helping the Houthi group in Yemen and terrorists in Bahrain.

The Arab League met on Sunday to discuss what it called Iranian interference in Arab countries, and accused Tehran’s ally Hezbollah of terrorism.

Lebanon could not accept suggestions that its government was a partner in acts of terrorism, Aoun was quoted as saying after meeting Arab League Secretary General Ahmed Aboul Gheit in Beirut.

Aboul Gheit said that nobody was accusing Lebanon’s government of terrorism or wanted to harm Lebanon. “One of the ruling partners is accused of this… It is an indirect means of asking the Lebanese state to talk to this partner and convince them to restrain their acts on Arab land,” he said. “Everyone acknowledges the particularity of the Lebanese situation.”

Lebanon faces a political crisis after its prime minister, Saad al-Hariri, suddenly resigned on Nov. 4 in a statement broadcast from Saudi Arabia. His resignation statement accused Iran and Hezbollah of “sowing strife” in Arab countries.