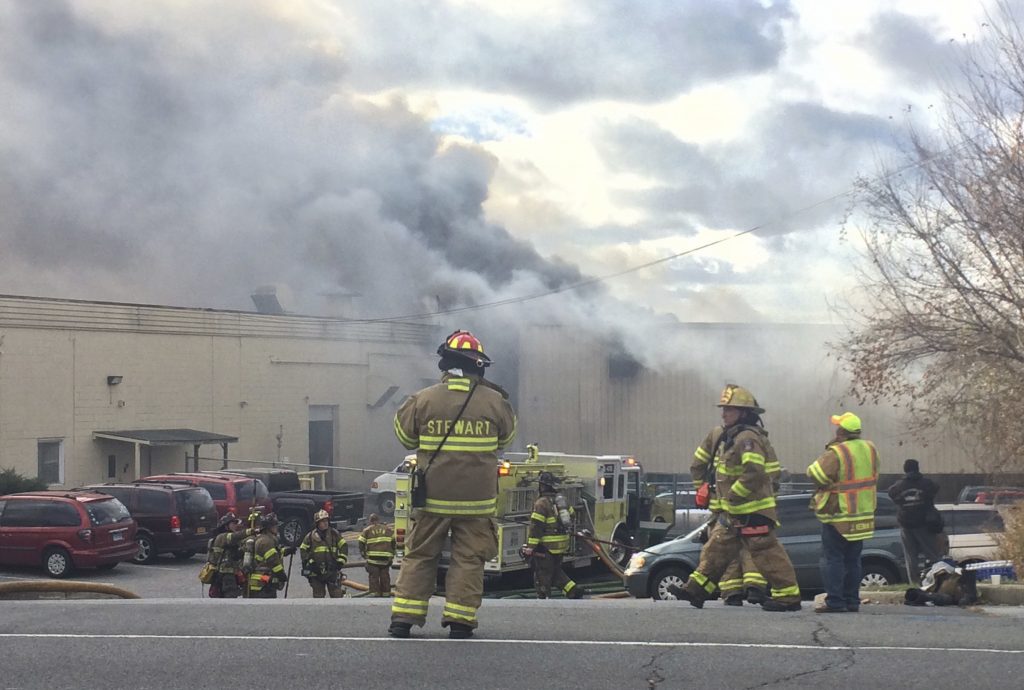 Two explosions and a fire at a cosmetics factory about an hour’s drive north of New York City Monday morning left as many as 35 people injured, including seven firefighters caught in the second blast.

Police said more than 25 employees were injured in addition to the firefighters. The injured included a firefighter who was taken to the burn unit at Westchester Medical Center. None of the injuries appear to be life threatening.

Crews battled the blaze into Monday afternoon. A man who answered the phone at one of the responding fire departments called the blaze a “five-alarm chemical fire with multiple counties helping.”

“I don’t believe at this point that it is completely under control,” Town Supervisor George Green said.

Video showed thick, black smoke spewing from a section of the roof of the sprawling facility, which includes manufacturing and warehouse buildings. Workers milled about a parking lot while fire crews looked on.

The fire is believed to be caused by chemicals used at the plant.

The factory is about a half-mile from the town hall and police station in New Windsor. The 37-year-old company produces nail polish, perfumes, lotions and other products.