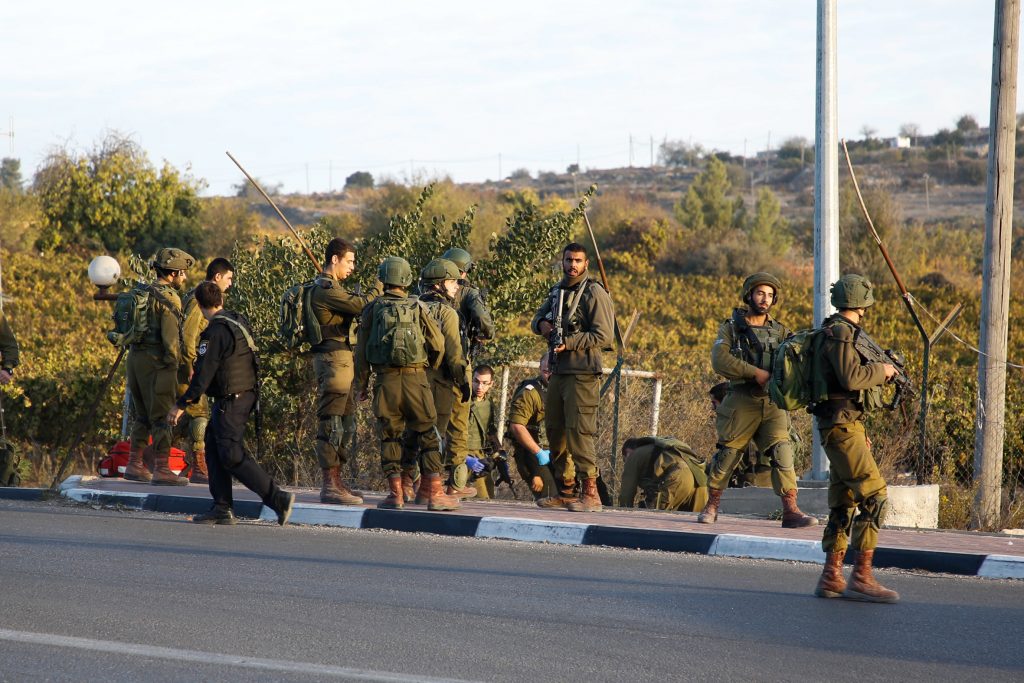 A victim of Friday’s car-ramming attack in Gush Etzion remained in serious condition Sunday morning. IDF troops on Shabbos searched the home of the terrorist driver in Halhul, near Chevron, and confiscated incitement materials that belonged to the terrorist. Arabs threw stones and other objects during the search. No injuries were reported among soldiers.

Two people were wounded Friday morning in the combined car-ramming and attempted stabbing attack at the Gush Etzion junction. The terrorist was shot and neutralized by an IDF soldier, and is hospitalized in Yerushalayim in serious condition.

Badly injured in the attack was Even Ezer Holharing, a 35-year-old father of six. The terrorist drove up to a checkpoint at the junction and accelerated his speed, veering onto the sidewalk and hitting a 70-year-old man. He did not stop or slow down, instead continuing on and hitting Holharing. Arriving at the checkpoint, the terrorist stopped the car and jumped out, waving a knife and heading straight for an IDF officer – but before he could stab the officer, the terrorist was shot. Holharing was rushed to Hadassah Ein Kerem Hospital, where he remains on life support.

Please daven for the refuah sheleimah of Even Ezer ben Malka.