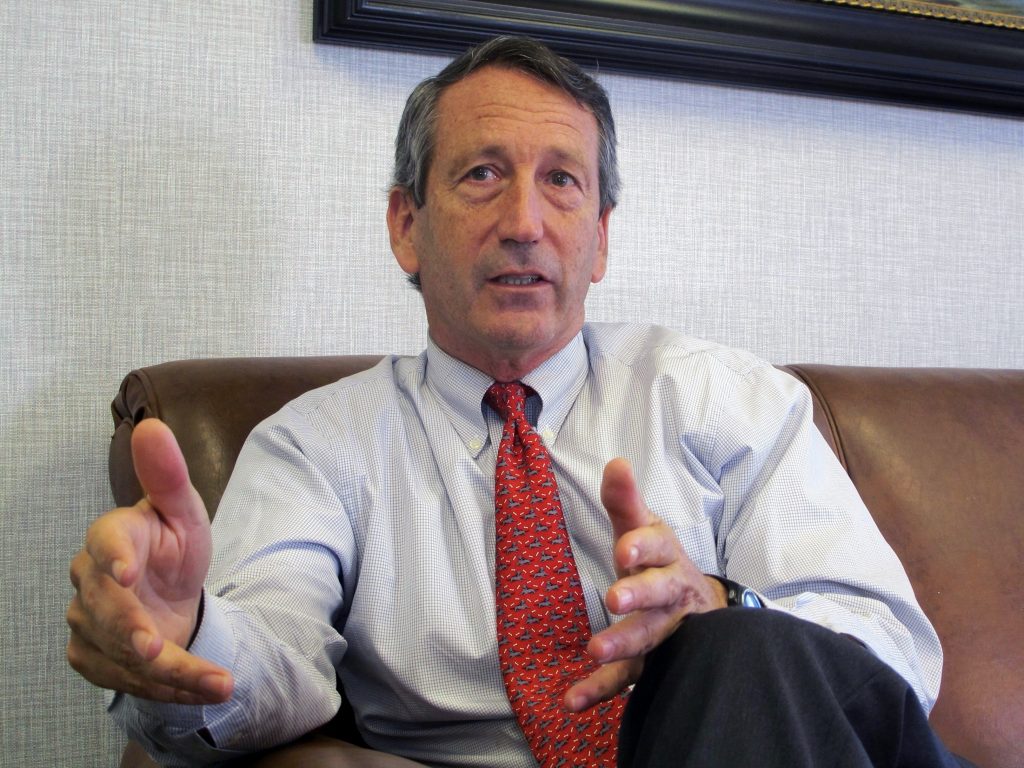 House Republicans want to look strong on expanding domestic energy independence, but a bill that would give them those bragging rights could face backlash from environmentalists in their own party.

Rep. Mark Sanford, R-S.C., told McClatchy he plans to form a coalition of Republicans and Democrats to formally ask for changes to the bill, which would promote offshore drilling.

He may find, though, that not enough Republicans are willing to rebel against the legislation to actually jeopardize its chances of passage, particularly since Majority Whip Steve Scalise, the No. 3 House Republican, is leading the effort.

Also lengthening Sanford’s odds: The House Natural Resources Committee approved the bill on Nov. 8 on a party line vote, and some moderate Democrats might support it on the floor.

Sanford may be able to rally at least 13 other GOP lawmakers who have gone on the record to oppose the drilling. They signed onto a letter in June expressing their position to the Trump administration.

If Sanford can mobilize these colleagues and pick up a few others, he might be able to create enough of an uproar to at least force revisions to the bill, if not make it a public relations disaster to proceed.

“I’m trying to get more folks to take a second look at this,” Sanford said recently. “I think most members weren’t looking at it that closely when it passed the committee, but I think it would have grave ramifications.”

Depending on how many signatures Sanford can get on a new letter to leadership opposing the measure, which could come to the House floor by the year’s end, it could also spur environmentalist activists outside of Congress.

Triggering the latest controversy is a new provision in Scalise’s bill to include a partial rollback of a 1972 law known as the Marine Mammal Protection Act. Contractors currently need permits to drill for oil and natural gas in the Atlantic Ocean but face some restrictions due to this law.

President Barack Obama issued an order toward the end of his tenure to deny all permits, under all circumstances, for oil and gas exploration off the Atlantic Coast. But President Donald Trump issued an executive order earlier this year making it easier to obtain permits, calling a blanket prohibition to drilling an impediment to the United States becoming an energy leader.

The Marine Mammal Protection Act, many argue, is effectively the last remaining law in place preventing indiscriminate drilling and testing for oil and natural gas in the Atlantic Ocean.

Pres. Trump’s decision also now allows for contractors to bid to start seismic testing in these waters, which refers to the practice of blasting an air gun on the ocean floor to check for oil and gas beneath the surface.

Supporters of seismic testing say there is no evidence to suggest marine mammals are significantly harmed during this process. Opponents disagree, and lawmakers in coastal districts argue there are also economic disadvantages to allowing local beaches to be littered with oil rigs, echoing with ear-ringing air gun blows.

One June 28, 103 members of the House signed a letter to Interior Secretary Ryan Zinke opposing the policy change. The majority of the 14 GOP lawmakers who signed are from Florida.

Sanford and the delegation’s lone Democrat, Rep. Jim Clyburn, were the only South Carolinians to sign the letter. Missing from the list of signatures was Rep. Tom Rice, R-S.C., who represents Myrtle Beach. While Rice opposes offshore drilling, he has not come out against seismic testing.

Scalise’s spokesman, Chris Bond, told McClatchy Friday it was “premature to discuss what is and isn’t on the table in terms of negotiations.”

Scalise has indicated in the past that he supports an “America first” energy policy, a philosophy shared by many House Republicans including Sanford’s South Carolina GOP colleague Rep. Jeff Duncan, the newest member of the House Energy and Commerce Committee.

The rollbacks to the Marine Mammal Protection Act, considered by many conservatives as a regulatory burden, have also been endorsed by powerful industry lobbyists such as the American Petroleum Institute.

If Republicans are anxious about opposing the administration, GOP leadership and influential interest groups, Sanford said for him and others, concerns about the bill were in keeping with their records and their districts.

“I have long believed that to be a conservative means being conservative with more than just financial resources, that it should extend to natural resources as well,” he explained. “I think it very much fits the sentiment of the people who live along the coast of South Carolina in particular.”