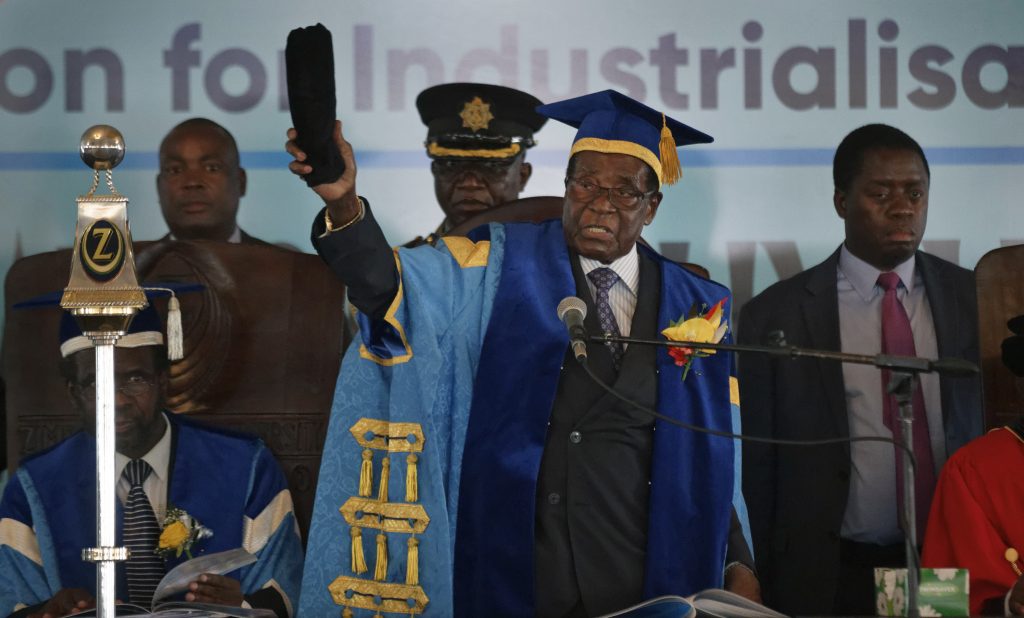 A U.K.-based official with Zimbabwe’s ruling ZANU-PF party says all 10 of the party’s provincial branches are calling for the removal of President Robert Mugabe.

Nick Mangwana says on Twitter that the branches have agreed to direct the party’s Central Committee to recall Mugabe as party leader. Recently fired Vice President Emmerson Mnangagwa would assume the acting leadership until the party’s congress next month.

Whoever leads the party would run for president of Zimbabwe in next year’s elections.

It is not clear when the ruling party’s Central Committee would meet.

The privately owned Zimbabwean newspaper Newsday is reporting that all 10 of ZANU-PF’s provincial branches have passed votes of no confidence in Mugabe as leader.