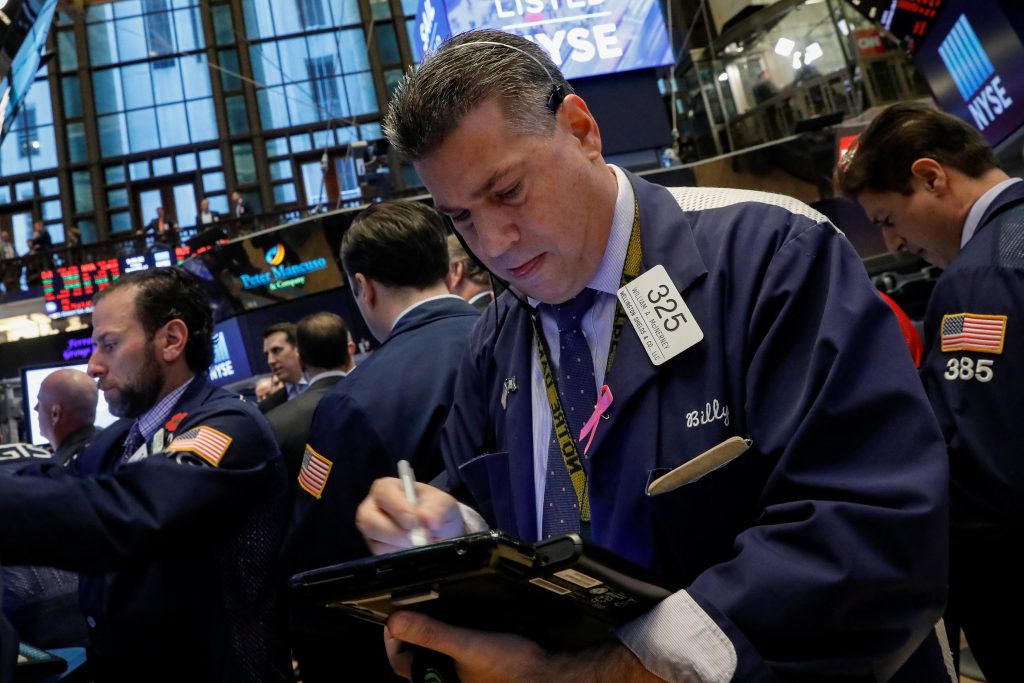 U.S. stock indexes are dipping Friday, a day after the market made its biggest gain in two months. Technology companies are returning some of their recent gains and banks are down along with interest rates. Retailers including Ross Stores, Gap and Foot Locker are jumping after they reported strong quarterly results, and smaller companies are rising as well.

NO STICKER SHOCK: Ross Stores jumped $5.83, or 8.9 percent, to $71.52 after its profit and sales were greater than expected, and the company raised its forecast for the rest of the year. The discount retailer said its business remained strong even though it dealt with the effects of several major hurricanes. Gap also did better than expected as sales at Old Navy and Athleta improved and it cut spending. Its stock gained $1.74, or 6.3 percent, to $29.22.

Investors have liked what they’ve seen from retailers the last two days. On Thursday, Wal-Mart made its biggest gain in nine years after it made a strong quarterly report.

Sporting-goods retailers jumped following months of losses. Foot Locker had a solid quarter and said that in spite of high discounts, it expects to meet or “modestly exceed” its annual profit and sales forecasts. It surged $6.93, or 21.8 percent, to $38.78. Competitor Hibbett Sports raised its profit forecast and expects a smaller decline in an important sales measurement. Its stock climbed $1.90, or 12.8 percent, to $16.75. Foot Locker has fallen 45 percent this year and Hibbett has dropped 55 percent.

YOU ARE WATCHING FOX: Comcast is in talks to buy Twenty-First Century Fox’s film studio, some of its cable channels, and its international business. The Wall Street Journal and CNBC first reported Comcast’s interest. The talks are at an early stage and may not lead to a formal offer. The Journal reported that Verizon and Sony are also interested in some of Fox’s assets.

WILLIAMS WOBBLES: Home-furnishings retailer Williams Sonoma slumped after it gave a disappointing profit forecast. The company disclosed smaller profit margins and analysts worried that will become a trend. Its stock dropped $6.85, or 13 percent, to $46.02.