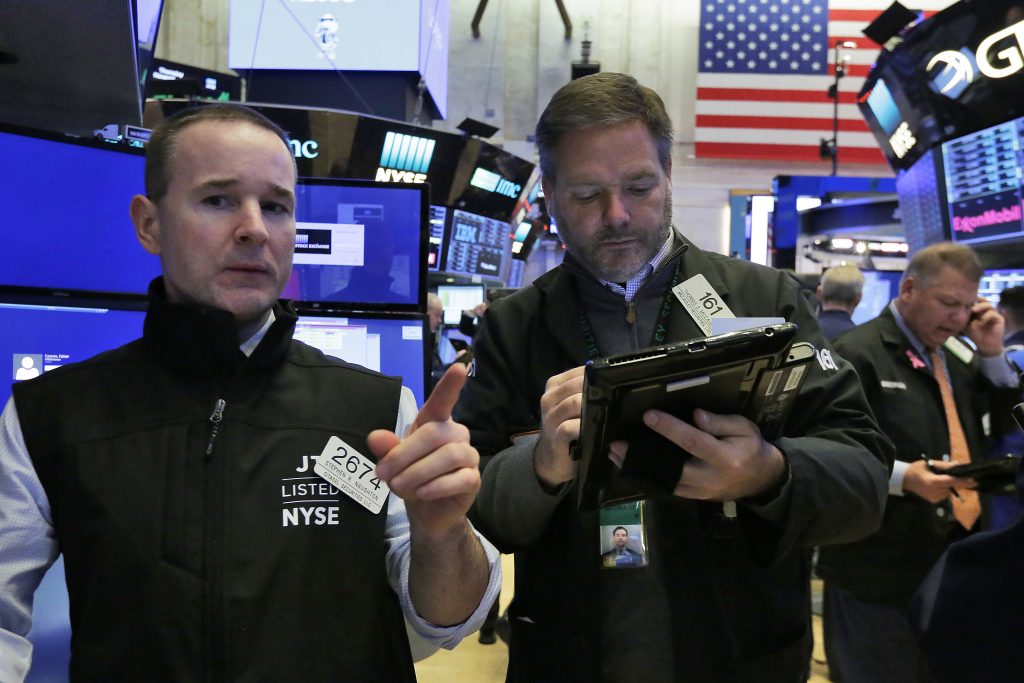 THE QUOTE: “Investors have been looking to buy on weakness and they got a little bit of it,” said Erik Davidson, chief investment officer for Wells Fargo Private Bank.

ONE STEP CLOSER: The House voted to pass a near $1.5 trillion package overhauling corporate and personal taxes Thursday. Now the focus goes to the Senate, where lawmakers are working on a different version of a tax reform bill. Both the House and Senate versions of the legislation would slash the 35 percent corporate tax rate to 20 percent and reduce some personal taxpayers’ rates. But complaints by some GOP senators suggest challenges ahead for the White House and GOP to get a final measure that can make it through Congress over solid Democratic opposition.

Expectations of a big business tax cut have helped lift the market higher this year.

“To have a bit of positive news on tax reform is helpful, but there’s still a long way to go with that,” said Tom Martin, senior portfolio manager with Globalt Investments.

TECH RALLY: Technology sector stocks, which have done far better than the rest of the market this year, accounted for some of the biggest gains in early trading. Data storage company NetApp led the sector, vaulting 14.8 percent as investors applauded its quarterly results and forecasts. The stock rose $6.78 to $52.60.

IN HIGH GEAR: Cisco Systems leapt 6.2 percent, its biggest move since February 2016, after the internet gear maker reported a bigger profit than analysts expected and said revenue should grow in its next quarter after two years of declines. The stock added $2.12 to $36.23.

BIG RETAIL: Wal-Mart jumped 10.1 percent after the retail giant reported strong third-quarter results and raised its annual profit outlook. The company said online sales continued to surge and food sales were strong as well. Its shares posted their biggest gain since May 2016, rising $9.11 to $98.94.

BOARDROOM BLITZ: Procter & Gamble was up 1.3 percent after activist investor Nelson Peltz said an independent count showed he won election to the consumer products company’s board. The shares gained $1.15 to $89.38.

EAT IT UP: J.M. Smucker climbed 9.8 percent after the food company served up a good second quarter and forecast slightly better sales for the full year. The company noted that higher prices for peanut butter and its Smucker brands helped boost results. The stock picked up $10.41 to $116.93.

COURTING TIME: Shares in Time soared 25 percent after The New York Times reported that Meredith Corp. will make another offer for the publisher. Time gained $3.17 to $15.83.