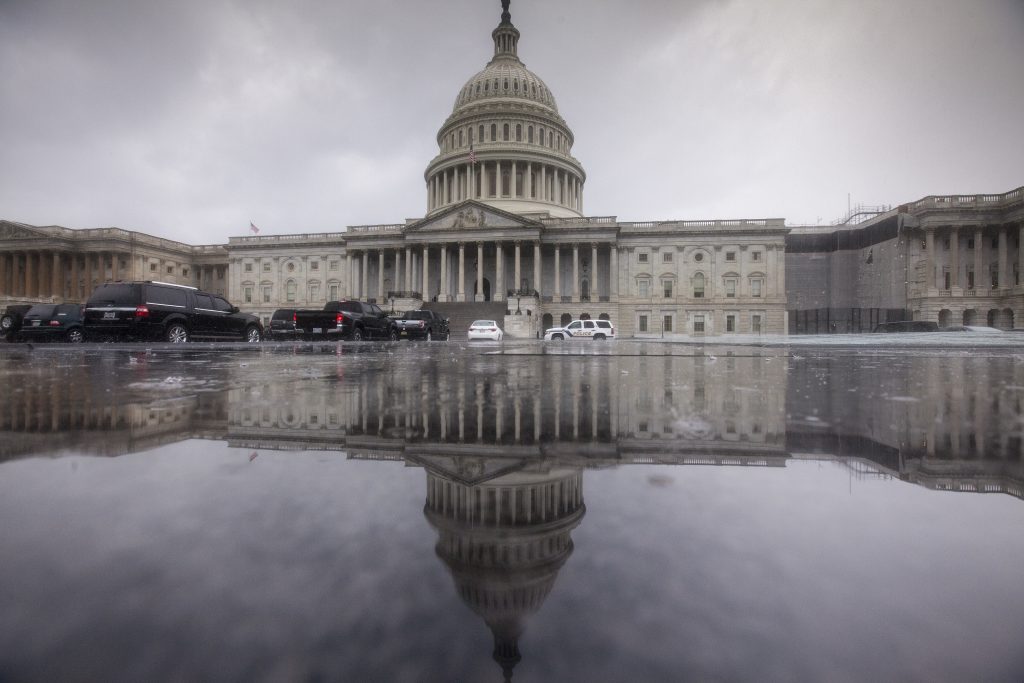 One thing is definitely going right for U.S. President Donald Trump and his fellow Republicans who control Congress: they are steadily getting conservatives appointed as judges, advancing their long-held ambition of reshaping the federal judiciary.

So concern among conservatives arose after Democrats swept to victory in state and local elections in Virginia, New Jersey and elsewhere this month, signaling potential trouble for Republicans in the November 2018 mid-term elections in which control over Congress is at stake.

If the party’s slim 52-48 majority in the Senate, which reviews and confirms federal judicial nominees, is at risk, Republicans may need to move even more quickly on getting judges confirmed by the Senate for their lifetime posts, some legal experts said.

“Obviously, who gets nominated and the pace of confirmations … changes dramatically if the Senate were to flip back to the Democrats,” said John Malcolm, a former Justice Department lawyer and now an analyst at the Heritage Foundation conservative think tank in Washington.

Republicans “should be paying particular attention to pushing through as many nominees as they can,” added Malcolm, also active in the Federalist Society, a conservative lawyers’ group whose members have frequently been tapped for judicial posts by Republican presidents.

Trump and congressional Republicans have not passed any major legislation since he took office in January despite controlling the White House and Congress. But after a slow start that had worried conservative activists, Republicans have made major headway on judicial appointments in recent weeks.

The Senate has now voted to confirm 14 Trump judicial nominees, including Donald Coggins on Thursday as a district judge in South Carolina. That includes Supreme Court appointee Neil Gorsuch, eight others on regional appeals courts ranking just below the Supreme Court and five on trial courts. Obama had only seven confirmed at this point in his presidency.

Democrats, who accused Republicans of impeding nominations from Trump’s Democratic predecessor Barack Obama, have said Republicans are trying to ram Trump’s nominees through the Senate, including some they say lack basic qualifications.

Conservative groups that just last month were criticizing Senate Majority Leader Mitch McConnell for the pace of confirmations are now applauding him.

McConnell, in a move with little precedent in U.S. history, last year refused to act on Obama’s nomination of Merrick Garland to the Supreme Court, paving the way for Trump to restore the high court’s conservative majority with Gorsuch’s appointment.

“When the history books are written about the Trump administration, I believe perhaps the most long-lasting and significant legacy will be the men and women appointed and confirmed to the federal bench,” Republican Senator Ted Cruz said at a Senate Judiciary Committee hearing on Wednesday.

Trump has a unique opportunity to reshape the judiciary. He inherited more than 100 vacancies when he took office, twice the number Obama inherited. The number has since climbed above 160.

Trump generally has selected deeply conservative nominees, many in their 40s and 50s and able to serve for decades. He could name up to 30 percent of the federal bench in his first four-year term, said Leonard Leo, a Trump advisor on judicial nominations.

Having a more conservative judiciary could be pivotal on legal disputes involving presidential powers, the death penalty, religious rights, litigation involving corporations and other matters.

The main impact of this infusion of conservative jurists will be to flip the ideological breakdown of several liberal-leaning federal appeals courts, said political scientist Sheldon Goldman, an expert in judicial selection at the University of Massachusetts at Amherst.

Federal appeals courts, divided into 11 geographic regions plus two based in Washington, often have the final say in major legal disputes because the Supreme Court hears only a small number of cases annually.

During Wednesday’s Judiciary Committee hearing for six Trump judicial nominees, Democrats said Republicans were acting on too many too quickly, preventing proper questioning of the candidates.

Trump’s appointees may be more reliably conservative than those of previous Republican presidents. Goldman said nearly all have a connection to the Federalist Society, providing a “very consistent ideological vetting process.” Leo, the society’s executive vice president, helped compile a shortlist of Supreme Court nominees for Trump that included Gorsuch.

Judges will be a focus of the society’s national convention that started on Thursday in Washington, with Trump selections including Gorsuch due to appear.

While Republican lawmakers have been divided over legislation on issues including taxes and healthcare, judicial nominees are an issue on which tend to agree.

“Fixing Obamacare is no easy task,” said Carrie Severino, chief counsel of the Judicial Crisis Network conservative legal advocacy group, “whereas the president has done such an excellent job of choosing nominees that it’s a no-brainer.”