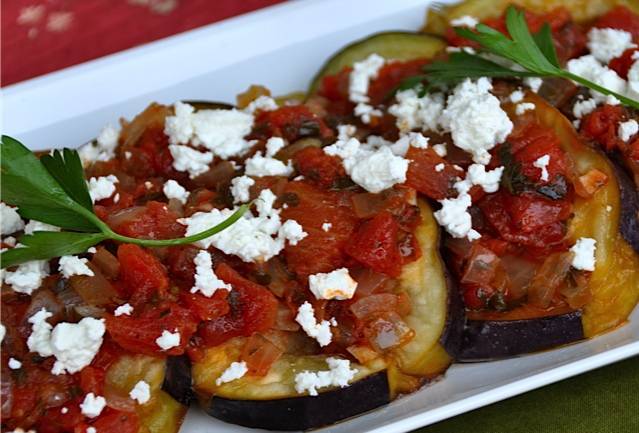 Next to milk and honey (and maybe olives), there is almost no more natural food product identified with Israel than the eggplant – but new findings indicate that the purple plant is a relative newcomer to the country. Researchers excavating an 1,100 year old trash pit in the City of David outside Yerushalayim’s Old City believe they have found the remains of the earliest eggplants ever found in Israel.

The remains come in the form of hardy eggplant seeds which were able to survive the eons. Archaeology Authority researchers have narrowed down their origins to between 750 and 940 of the common era. The researchers said that the eggplant was likely brought to Eretz Yisrael from Persia, by either Jewish or Muslim traders. The Persians had actually controlled the Holy Land for several years in the early 600s, and researchers believe they may yet find even older remains of eggplants corresponding to that period.

The seeds were found in a trash pit that contained the remains of many other foods, including grapes, dates, legumes, edible grasses, fish, bones of animals, and other items. Also found were eating utensils, including one with the Arabic inscription “barakeh” (bracha).

According to the researchers, the period in question was one in which “residents of the country were exposed to new fruits and vegetables. Several of them, like the eggplant, became very popular, and brought about significant changes in the diet of inhabitants. The new foods gave residents a more varied and interesting diet than they had previously. It appears that this was when the ‘Middle Eastern diet’ as we know it, based largely on fruits, vegetables and legumes, began to form.”