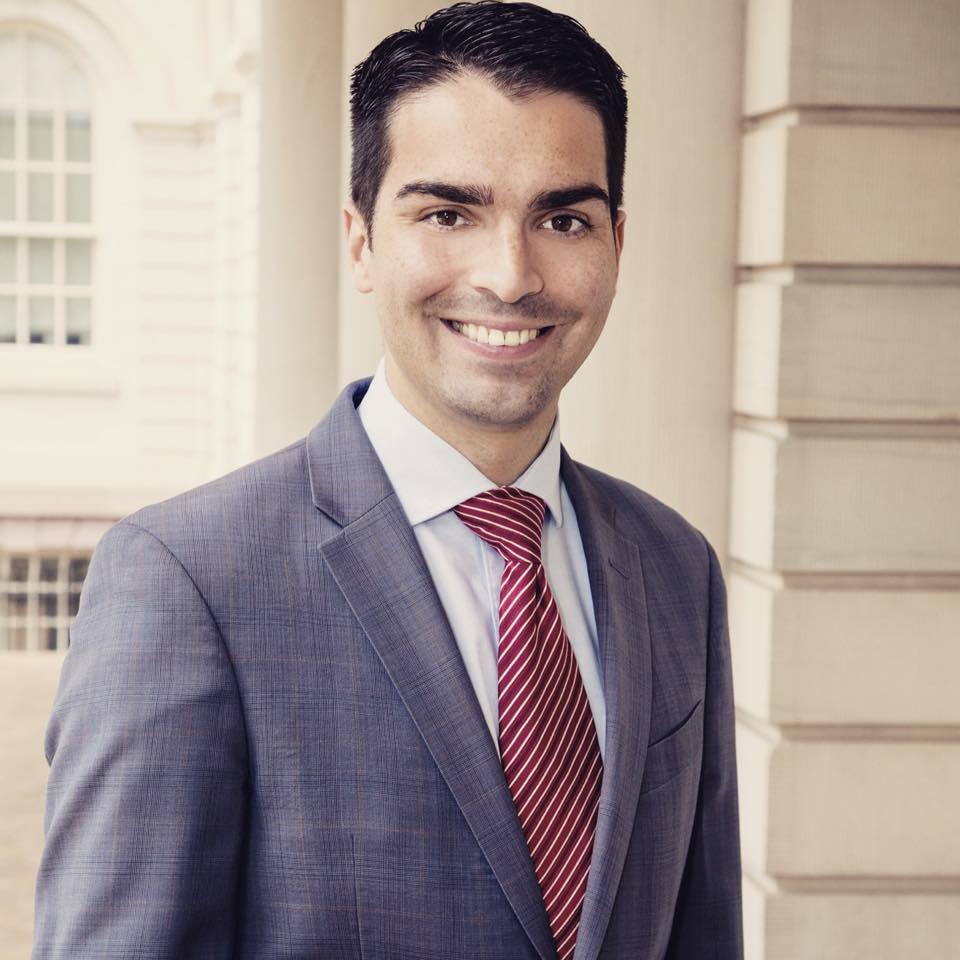 Councilman Eric Ulrich of Queens slammed recent reports of yeshivos as not providing a well-rounded education, saying that it is the new anti-Semitisms.

Coming days after the Daily News published two op-eds, including one from NY1 anchor Errol Louis, in which he says he heard from “very credible reports” to back his words, the Republican councilman said he is very familiar with yeshivos and is offended by the accusation.

“I’m not Jewish. I am Catholic,” he posted on social media Wednesday afternoon. “But I support Freedom of Religion and the rights of parents to send their children to religious schools (Catholic, parochial, Islamic or yeshivah schools).

“We must not allow anti-Semitism to rear its ugly head in the area of education. I take great offense to those who argue that yeshivos are subpar or inadequate. I have visited many yeshivos and can attest to the well-rounded curriculum taught at those schools. Furthermore, I know many successful, intelligent individuals who studied and graduated from yeshivah schools.

“The Orthodox community takes great pride in ensuring that their children receive a high quality education alongside the Torah and rabbinical studies … let’s not let the anti-religious zealots go after the Jewish Community under the guise of education accreditation. Surely, Catholics will be next.”

Ulrich was reacting to a Daily News op-ed earlier in the day by Rabbi Moshe Dovid Niederman, director of the United Jewish Organizations of Williamsburg and a member of the executive committee of Parents for Educational and Religious Liberty in Schools.

Rabbi Niederman slammed attacks in recent years on the yeshivah system in New York as having been “caricatured as ill-informed, ill-prepared and ignorant, and the Hasidic way of life has been dismissed as backward.”

“It is time to set the record straight,” he penned, “and to let the public know that the ugly picture of our schools and our community that has been painted is a fake. … What is true across the board is that each child educated in a yeshiva is there because his or her parent made the choice to enroll them there. That is a right parents have had for almost a century, ever since the United States Supreme Court recognized the ‘liberty of parents to direct the upbringing and education of children.’”

“We take our obligations to our students seriously. Simply stated, the allegation that our schools don’t provide any instruction in English and don’t offer secular education — one that has been repeated often since an advocacy group started promoting it — is false.”

Rabbi Niederman noted that the average yeshivah curriculum “is centered around Jewish texts and traditions” which foster the same critical thinking, comprehension and literacy skills that other schools seek. Graduates are as likely to pursue careers in business as they are to devote themselves to full-time study.

“For many parents, perhaps most,” he added, “the American Dream is for their sons and daughters to become doctors, lawyers and professors and to blend into the great, homogeneous melting pot that is America. Hasidim choose a different path, one with fewer temporal ambitions but with the goal of sustaining a way of life that seems outdated in its simplicity to many, but is as enriching and fulfilling to its adherents as a tenured professorship or a law firm partnership. That is our American Dream.”

“We will not stand by,” he concluded, “while our critics attempt to tarnish it.”