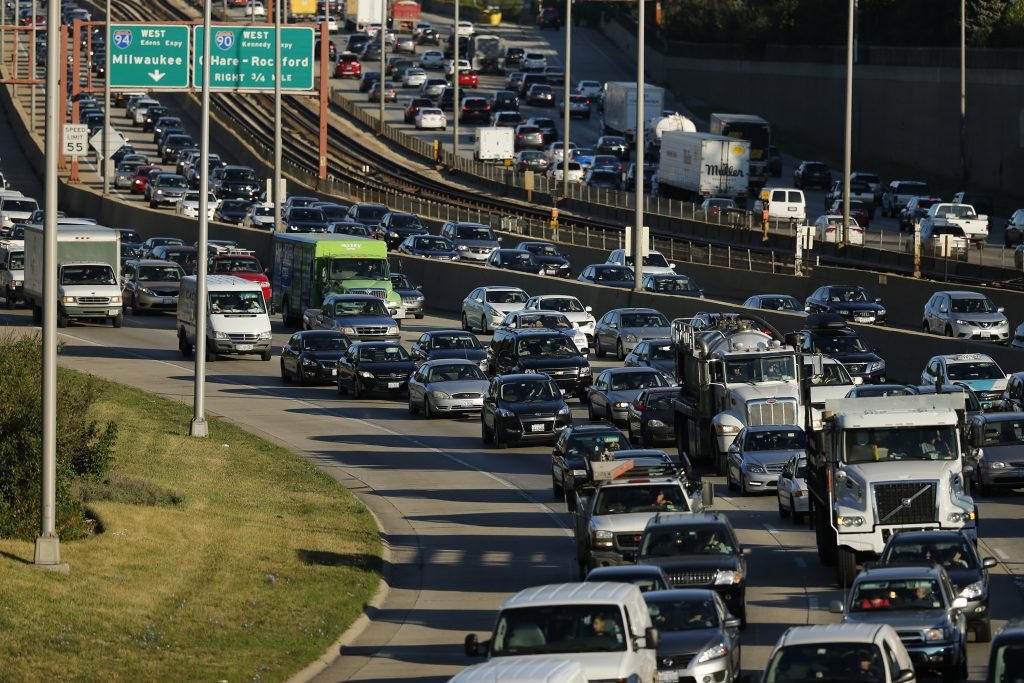 The number of travelers hitting the road this Thanksgiving holiday is expected to swell to levels not seen in more than a decade, triggering what could be “record” traffic delays in some of the country’s biggest cities, according to the American Automobile Association.

In fact, some 45.5 million road-trippers will set off to grandmother’s house and other destinations during the Thanksgiving holiday, up from last year and the highest volume seen nationwide since 2005.

“Thanksgiving has historically been one of the busiest holidays for road trips, and this year we could see record-level travel delays,” Bob Pishue, transportation analyst at Seattle-based INRIX, is quoted as saying in a news release. “Knowing when and where congestion will build can help drivers avoid the stress of sitting in traffic.”

INRIX along with AAA sussed out what they refer to as traffic “hotspots” by examining historical data and recent travel trends for the holiday week.

In Chicago, area interstates may not only see one of the worst traffic jams over the holidays, the city also may come in second place for longest commute times to a major airport, analysts predict. The absolute worst time to take the Kennedy Expressway between downtown and O’Hare International Airport is 4:30 p.m. to 5:30 p.m. Tuesday, when it could take an hour and 14 minutes, the analysis shows. Only a trip to New York’s Kennedy International Airport — the same day and around the same time of day — is longer at nearly two hours.

Chicago’s travel woes aren’t a real surprise — in September INRIX found westbound I-90 between Harlem Avenue and 47th Street to be the fifth-worst traffic hot spot in the country.

A robust economy is driving across-the-board travel this season, according to the 115-year-old automobile association. This year, about 51 million Americans will take planes, trains, automobiles and other modes of transit 50 miles or more to their holiday destinations, a 3.3 percent increase over last year. Most travelers — about 90 percent, or 45.5 million people — will be on the road, a 3.2 percent increase in automobile traffic over last year’s holiday, according to the pre-holiday analysis. That’s despite a higher national average for gas prices over last year; this November’s national average is $2.54, about 37 cents more than last November.

Air travel is expected to see the biggest year-over-year increase, at 5 percent, with about 4 million travelers expected to pass through U.S. airports over the holiday period, according to AAA.

Amtrak is also preparing for the busy holiday week by, among other things, adding trains — with a plan to use every available passenger rail car in its fleet, officials said. Some service lines will also operate extended schedules with additional frequencies and added capacity during the week of Thanksgiving. People planning to use Amtrak are asked to buy their tickets early.

Amtrak carried 760,755 passengers nationally during the Thanksgiving travel period last year, according to the railway.