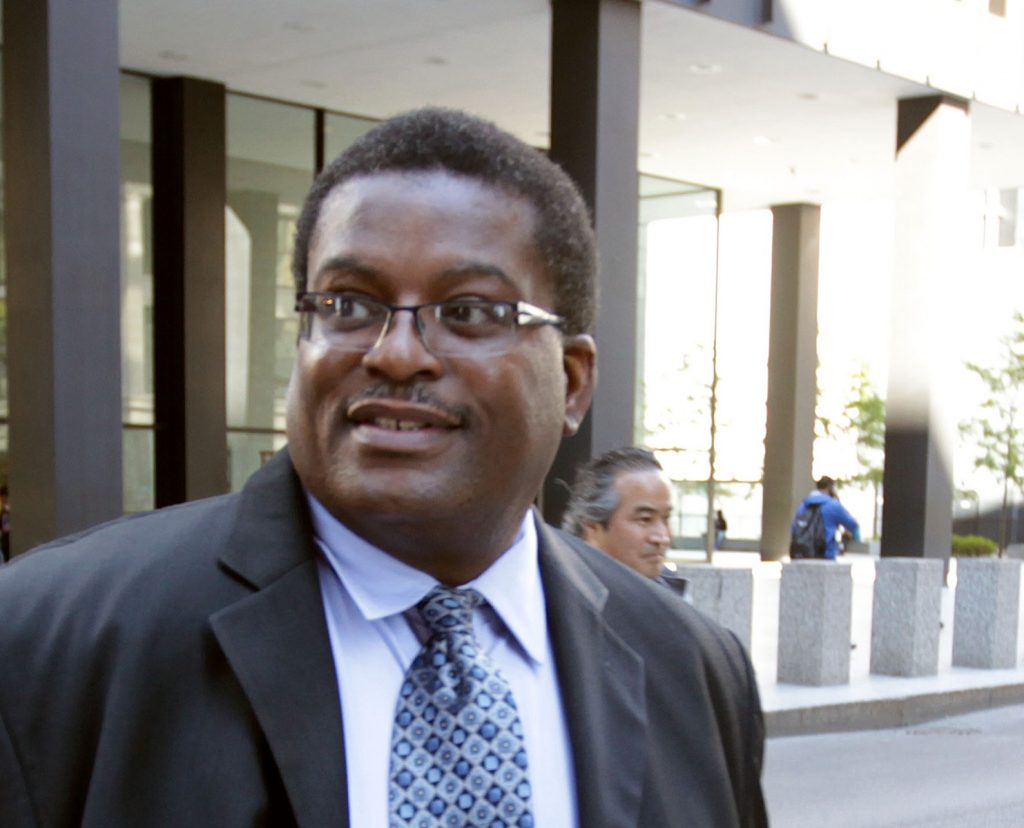 Cook County prosecutors dropped all charges Thursday against 15 men who alleged they were framed by corrupt former Chicago police Sgt. Ronald Watts and his crew.

The move by State’s Attorney Kim Foxx’s office is believed to be the first mass exoneration in county history.

The announcement to throw out the convictions came during a morning hearing before LeRoy Martin Jr., presiding judge of the criminal division.

It marks the third consecutive day at the Leighton Criminal Court Building that prosecutors dropped charges because of alleged police misconduct. Jose Maysonet, 49, walked free Wednesday after 27 years in custody for a double murder when a sergeant and four detectives — all retired — indicated they would assert the Fifth Amendment and refuse to answer questions about the alleged confessions they obtained.

On Tuesday, another convicted murderer, Arthur Brown, 66, was freed after county prosecutors reversed course and dropped charges against him, saying “significant evidentiary issues” raised “deep concerns” about the fairness of his conviction. Brown had been in custody 29 years for a double murder.

The mass exoneration Thursday comes two months after lawyers for the 15 men filed a joint petition seeking to overturn a total of 18 criminal drug convictions, alleging that Watts and his crew framed all of them between 2003 and 2008. Watts and an officer under his command were sent to federal prison in 2013 for stealing money from a drug courier who’d been working as an FBI informant.

A review of the cases by the state’s attorney’s Conviction Integrity Unit “has shown a pattern of narcotics arrests that raise serious concerns about the validity of the resulting convictions,” a spokesman for Foxx said in a written statement. “Therefore, the State’s Attorney’s Office is vacating the convictions.”

Joshua Tepfer, the lead attorney for the 15 men, praised the “unprecedented” action by Foxx’s office but said the cases were “the tip of the iceberg” when it comes to cases tainted by Watts.

“It’s a remarkable effort by the state’s attorney’s office to recognize the significance of this horrendous injustice and to do their part to start correcting it,” Tepfer said. “But there are still more than 400 convictions (by Watts’ team) that are unaccounted for … it’s no doubt the tip of the iceberg.”

A state’s attorney spokesman said nobody in the prosecutors’ office could recall ever dropping so many convictions at one time.

Five people have already had convictions thrown out, so Thursday’s move will bring the total to 20. Also, two Chicago police officers who alleged they were blackballed for trying to expose Watts’ corruption years ago won a $2 million settlement to their whistleblower lawsuit.

Watts has repeatedly been accused of forcing residents and drug dealers alike to pay a “protection” tax and putting bogus cases on those who refused to do so. In case after case, when Watts’ targets complained — to the Police Department or in court — judges, prosecutors and internal affairs investigators all believed the testimony of Watts and other officers over their accusers, records show. In addition to the alleged frame-ups by Watts, the petition filed in September highlighted a broken system of police discipline that allegedly protects bad officers and punishes those who tried to expose his corruption.

Despite mounting allegations, Watts continued to operate for years amid a lengthy police internal affairs division probe as well as investigations by the state’s attorney’s office and the FBI, according to court records. In 2013, Watts and an officer under his command were sent to federal prison for stealing money from a drug courier who’d been working as an FBI informant. At sentencing, Watts was given a break by a federal judge who talked tough but in the end handed him only 22 months in prison.

Meanwhile, at least seven other officers who were part of Watts’ team are still on the force, including one who has since been promoted to sergeant and another who was found by a jury earlier this year to have shot a teen in the back without justification.

Among the petitioners whose case was overturned Thursday was Leonard Gipson, who filed a complaint with the Chicago Police Department in 2003 alleging the sergeant had framed him on a drug charge because he’d refused to pay “protection” money.

Gipson’s complaint went nowhere. Four months later, with his drug case pending, Gipson was visiting a friend in a public-housing complex when he again ran into Watts, who had been notified of the complaint against him.

“Let me see if you can bond off on this,” Watts said to Gipson before handcuffing and planting illegal substances on him, Gipson alleged in the petition. After two years in jail awaiting trial, he pleaded guilty on the advice of his attorney, who noted it was his word against the police’s.

Another alleged victim, Taurus Smith, was 17 years old at the time he claimed Watts had him falsely arrested on a narcotics charge. Shortly after he bonded out, Smith’s mother took him to file a complaint with the now-defunct Office of Professional Standards.

The next day, Watts and two other officers confronted Smith outside a building at the housing complex, where Watts made it clear that he knew the teen had dared complain, according to Smith’s sworn statement in the petition.

“Watts had his service weapon on his waist and another gun in his hand,” Smith said in the statement. “He … threatened he would plant the gun on me if I didn’t leave it alone.”

Smith said he again reported the incident to his mother, who told him they were going to have to move. Weeks later, they packed up and left the complex, he said.

Gipson, now 36, said in his sworn statement that everyone in the neighborhood knew of Watts’ reputation as a crooked cop. Watts had warned him that if he didn’t pay his street tax, Gipson said, “I would go to jail every time he ran into me.” Gipson tried to fight his drug charges in court, but after a Cook County judge sided with the officers and denied his motion to suppress evidence, he had little option but to cut a deal. He pleaded guilty to both counts in exchange for four months in boot camp.

But it wasn’t over for Gipson. In August 2007, two years after his release from custody, he was leaving his friend’s home at the housing complex when Watts spotted him and asked, “Do you have something for me?” according to Gipson’s affidavit.

Gipson left the building, but when he came back a short time later, Watts and several members of his team surrounded him, he said. Watts took a bag of illegal substances out of his pocket and said, “These are your drugs,” then handcuffed Gipson and took him to the station, according to Gipson’s statement.

Court records show Gipson pleaded guilty to drug possession and received four years in prison. His only criminal convictions are the three cases involving Watts, according to records.