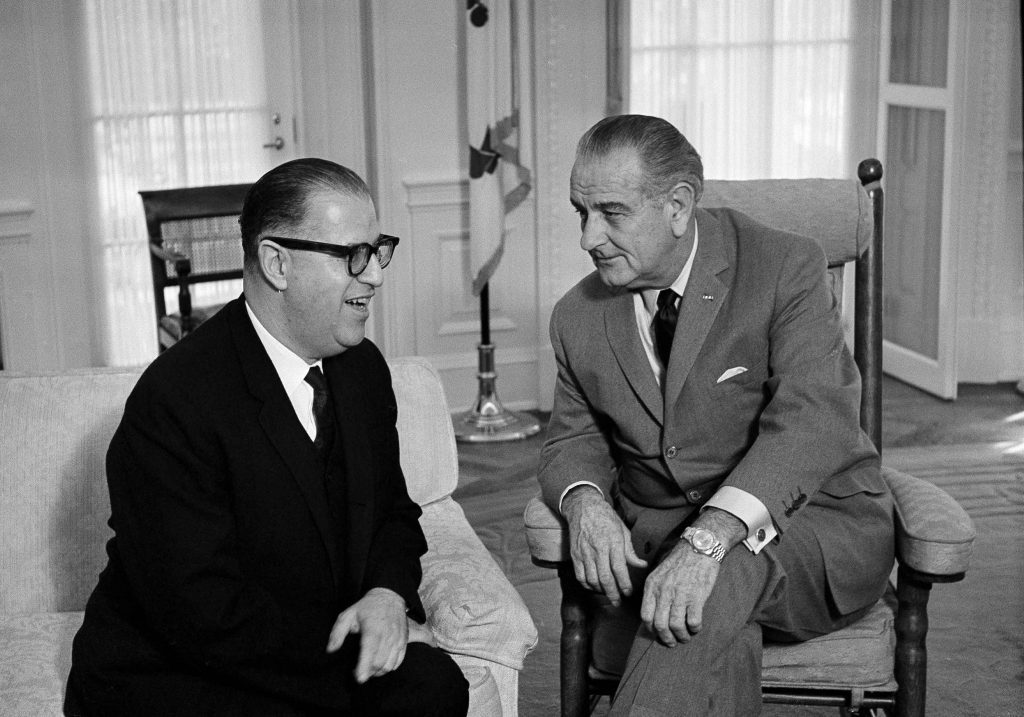 Archival files just released by the Israeli government reveal that in the aftermath of the Six Day War, the United States advised Israel to negotiate for Jordanian administration of the newly-conquered Yehudah and Shomron, in order to head off the creation of a Palestinian entity.

The National Archives on Thursday released a batch of transcripts of Israeli Security Cabinet deliberations from 1967 from the months leading up to and following the war that shed light on the political options under consideration at the time.

According to the transcripts, the United States urged Israel to enter into a peace agreement with Jordan that would permanently block any prospects for a future Palestinian state, The Jerusalem Post reported in summarizing the materials.

Abba Eban, then Israel’s foreign minister, said that King Hussein feared the creation of a Palestinian reality, and that Washington was advising him to talk with Jordan.

“The U.S. led us to understand that our partner for a peace agreement should be Jordan and not Palestine,” he added.

The ministers entertained the possibility of Jordanian governance with the IDF maintaining security in Yehudah and Shomron.

Menachem Begin, who had joined a unity government during the war crisis, sided with those who argued for sovereignty and said that nothing would come out of talks with Hussein. Begin said it was a mistake to think that Hussein would hold direct talks with Israel.

Israel has to determine for itself and for the United States what its terms are, he asserted.

This is the first time since the Churban HaBayis that this area is in Jewish hands, he noted.

Israel should make peace with Jordan, Begin said, but not by ceding territory.

“I dream of a situation in which we will sit with the Arabs to negotiate a peace deal,” he said.