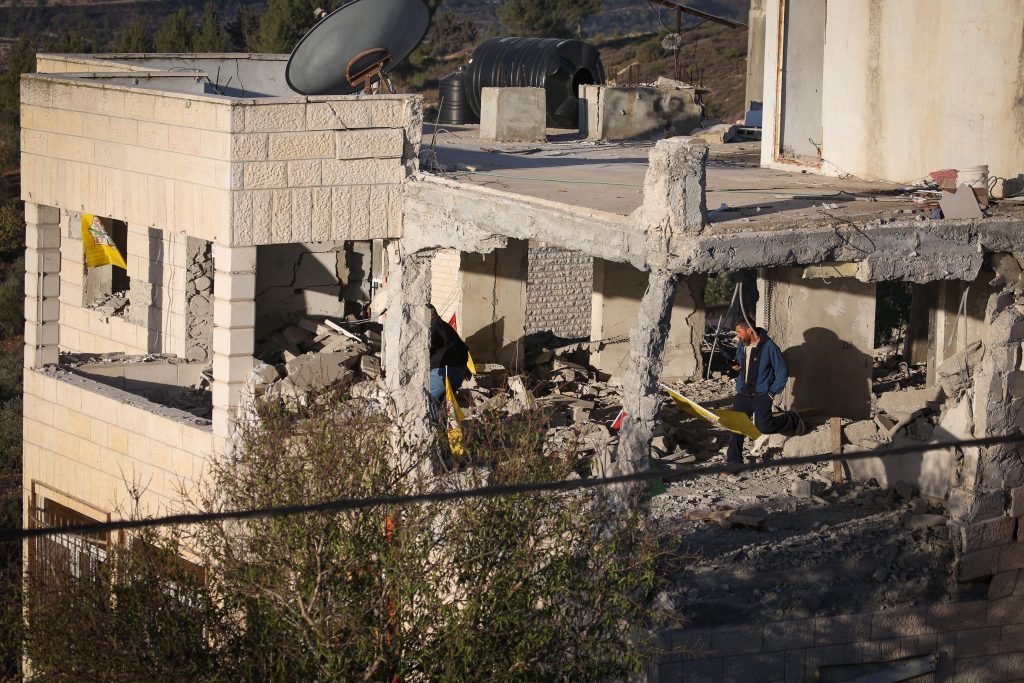 The IDF said Wednesday that it had “demolished the home” of Mahmoud Ahmad Gamal, the terrorist who in September murdered three Israelis at a checkpoint in the town of Har Adar, north of Yerushalayim – but it didn’t do a thorough job, Jewish Home MK Shuli Muallem-Refaeli said in a social media post. That’s because in footage subsequently released by the army, an IDF tractor can indeed be seen demolishing the home – but stopping after it destroys only one room of the structure.

That one room was, apparently, the room where Gamal had been living, with his estranged wife and children occupying the rest of the home. Under current practice, the IDF demolishes terrorists’ homes – partially, with only the area where the terrorist himself lived included in the demolition order.

“I am looking at the images and wondering to myself if the High Court is not in essence a construction company for Palestinian building,” Muallem-Refaeli wrote. “Here is a murderous terrorist, but because of a High Court order the IDF is restricted to demolishing only one room. This is shameful.” Joining her in her indignation was journalist Shimon Riklin, who wrote in his own post “enough of the lies. The house of the Har Adar terrorist was not demolished, you can see this in the pictures. Wait until the High Court gets to the case of Netiv Ha’avot,” a neighborhood in Chevron that the court has ruled needs to be demolished because it is built in part on land Arabs claim to own. “Then you will see what the word ‘demolish’ means. The High Court has pity for terrorists, but not for Jews.”

Last month, members of the family of the murdered Yosef Salamon, his daughter Chaya and son Elad, Hy”d, filed a petition with the High Court, demanding that the IDF completely demolish the home of the terrorist who carried out the attack on their Chalamish home in August. The IDF destroyed only the first floor of that structure. The second floor, where the rest of the family lived, remains intact.

The lawsuit said that the IDF’s actions have not been sufficient, and that demolishing just one level of a house, enabling use of the rest of the structure, was “strange,” and displayed Israeli weakness. The law, according to the petition, empowers the IDF to demolish the entire home and confiscate the land it is built on if the members of the family were involved in the attack – which was the case in the Salomon murders. “If the murdered cannot respond to the crime committed against them, we the living can, and our actions can discourage cruel and destructive terrorism. The demolition of the home will bring at least some comfort, in that it will discourage others from acting in the same way,” the petition said. The court has yet to hear the case.