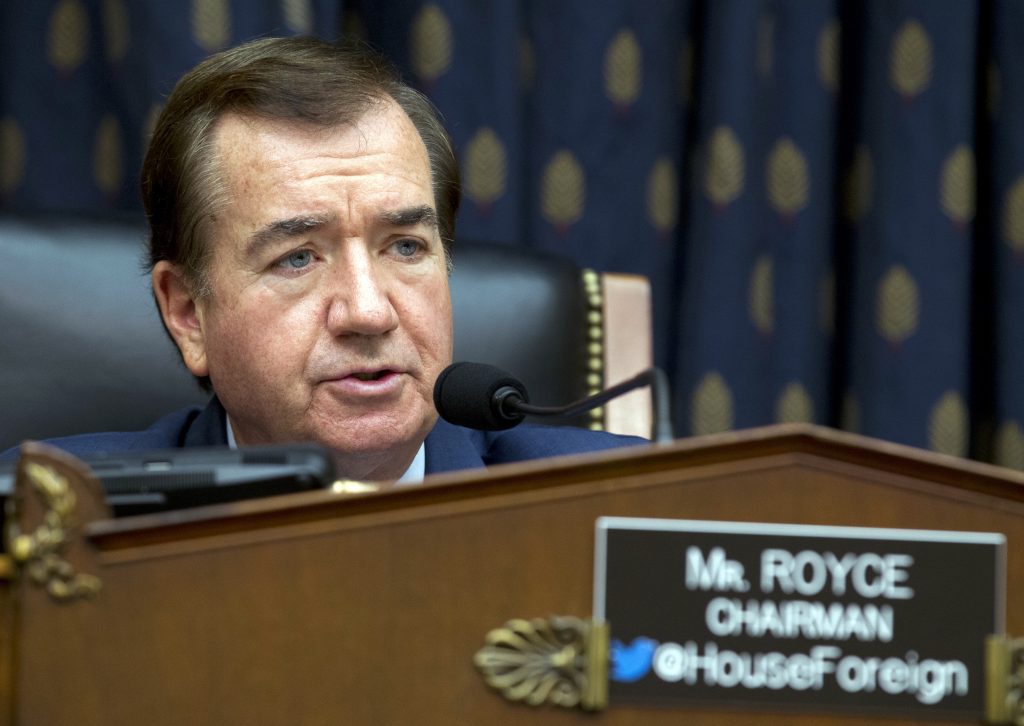 The House Foreign Affairs Committee approved a bill Wednesday that would sharply reduce the $300 million in annual U.S. aid to the Palestinian Authority unless it stops payments to terrorists’ families.

The committee backed the Taylor Force Act by voice vote, without opposition, after earlier amending the legislation to allow exceptions such as continued funding for wastewater projects and children’s vaccinations.

Named after a 29-year-old American military veteran fatally stabbed by a Palestinian terrorist while visiting Israel last year, the measure is intended to stop the Palestinian Authority from paying stipends, which can reach $3,500 per month, to families of terrorists killed or imprisoned by Israeli authorities. The terrorist who killed Force was killed by Israeli police, and his family receives such a monthly payment.

To become law, the bill must pass the full House and Senate, and be signed into law by President Donald Trump.

Congressional aides said they expect a vote in the House before the end of 2017. Similar legislation has been passed by two Senate committees, but there was no immediate word on when the full Senate might take up the bill.

Palestinian officials have said they intend to continue the payments, which they see as support for relatives of those imprisoned by Israel for fighting against occupation or who have died in connection with that cause.

Nathan Diament, OU’s Executive Director for Public Policy, who has been working with legislators for over a year to build support for the bill, said that the committee’s unanimous passage of the bill “is a major step toward ending the Palestinians’ heinous practice of ‘pay for slay.’ It sends a clear message to the Palestinians, and to the world, that the U.S. will no longer tolerate the diversion of its aid to fund a system that rewards terrorists for the murder of Israelis and Americans.”

“Providing aid to a regime, the Palestinian Authority, that rewards and glorifies murder against innocents casts a shadow on our nation’s commitment to that fight,” said Rabbi Cohen. “It does more than ‘send the wrong message’ – it indirectly provides material support to these nefarious acts.”

“The action by the House Committee is a tangible expression that when the U.S. says it will combat terrorism it means what it says – no terrorism, period.”