Business Airbus to Sell 430 Planes to Indigo for $49.5B
Business 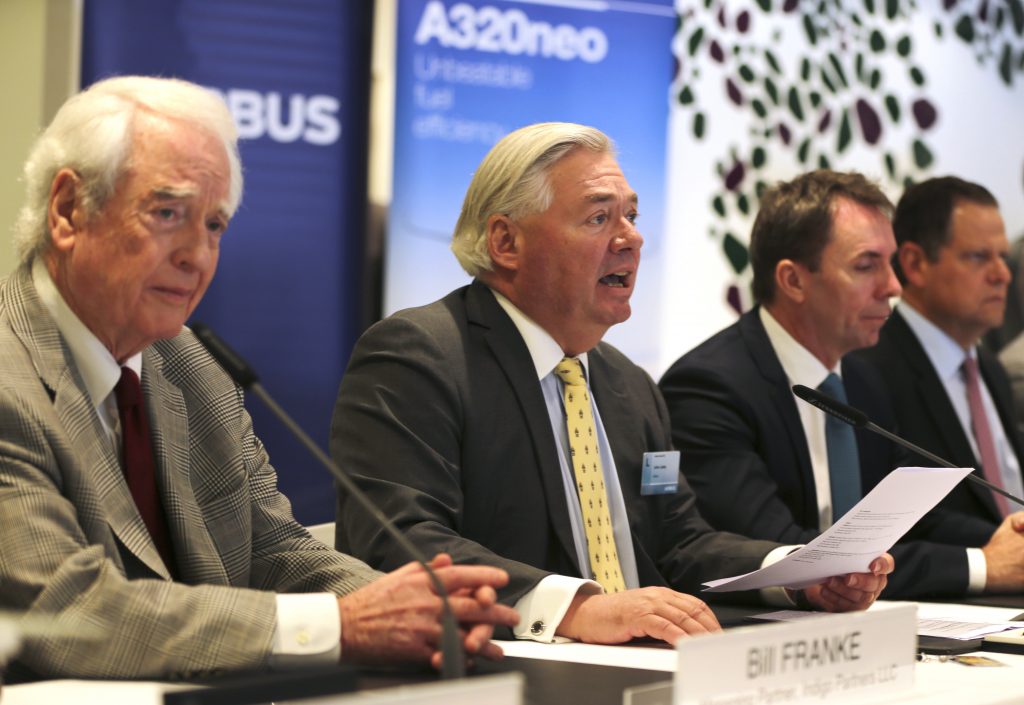 Airbus landed a deal for a record 430 of its A320neo-family jets on Wednesday as U.S. investor Bill Franke raised his bet on budget airlines.

The preliminary deal, worth up to $50 billion, is designed to supply four airlines in which Franke’s Indigo Partners has stakes: Frontier Airlines, Mexico’s Volaris, Chilean carrier JetSmart and Hungary’s Wizz Air.

The 80-year-old Franke signed the agreement at the Dubai Airshow amid a flurry of deal-making, as airlines take advantage of a recent slowdown in demand for new aircraft to negotiate competitive prices from leading manufacturers.

Airbus said it expected to finalize its agreement with Franke in the coming weeks.

The two deals again underscore how budget carriers are rewriting the rule book by combining bargain fares augmented by optional services and upgrades for which passengers pay additional fees.

The Franke deal also marks a dramatic swan song for Airbus sales chief John Leahy, who is due to retire in the coming months after holding the job since 1994.

The 67-year-old Leahy has overseen the sale of jets worth $1.7 trillion at list prices and helped engineer a rise in Airbus’s market share to a par with archrival Boeing from just 18 percent.

This year, however, Airbus’s share of the two giants’ combined order tally has dropped to 35 percent as a rejuvenated Boeing management made advances in Singapore and elsewhere.

Separately, the prospect of a deal to keep Airbus’s A380 superjumbo in production beyond the end of the decade remained in suspense, with main customer Emirates seeking guarantees on keeping production lines open.

“I think both sides will take stock and see if something can be agreed later this year,” an industry source told Reuters.