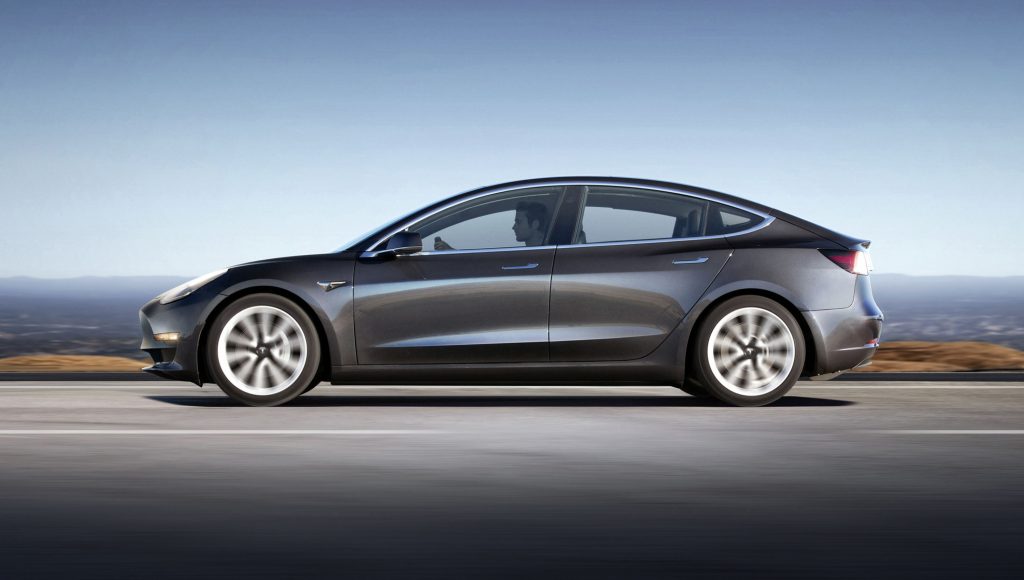 The Palo Alto, Calif. electric-car maker’s entry-level sedan has been the focus of much negative attention of late, after CEO Elon Musk revealed in a recent earnings report that production was at least three months behind schedule.

Now, an analyst who tested Model 3s supplied by Tesla has added another downer to Tesla’s ambition to provide sleek electric vehicles to the masses with a $35,000 sedan.

Bernstein analyst Toni Sacconaghi examined two Model 3s supplied by Tesla in Brooklyn, and went for a test drive. He did not give the car five stars.

“The analyst found a misalignment in the Model 3’s glass roof, body panel gaps, rubber trim issues around windows and misaligned seams in the interior ceiling of the car,” CNBC reported, based on a note Sacconaghi sent to clients Nov. 10.

Tesla did not respond to a request for comment.

Here’s how Sacconaghi described the car he was given for the test drive:

“Our inspection revealed widespread shortcomings in fit and finish,” he wrote. “Fit and finish on the two demo cars we saw – perhaps not surprisingly – was relatively poor.”

“Tesla representatives acknowledged some of the fit issues, but stated that they believed that Model 3 was much further ahead than where Model X and S had been at this point in production.”

Musk, in the earnings report Nov. 1 that also revealed a $619 million quarterly loss, had said the company would miss its target to be producing 5,000 Model 3s a week by year-end, and that it would probably hit that mark in March.

Sacconaghi said he believed Tesla’s statement about the Model 3 production being further ahead than were the models X and S. But he also said he believed the company had probably provided him with its “highest quality/best assembled units.”

Therefore, he said, “issues on other cars may be even more pronounced.”

The analyst concluded that most prospective buyers probably wouldn’t notice the shortcomings he found, but he remained concerned.

“We do worry that poor overall initial quality could undermine Tesla’s brand and potentially overwhelm its service network.”

Tesla said in October that it had delivered only 220 Model 3s to buyers in the third quarter of this year, well below its earlier projection of 1,500.