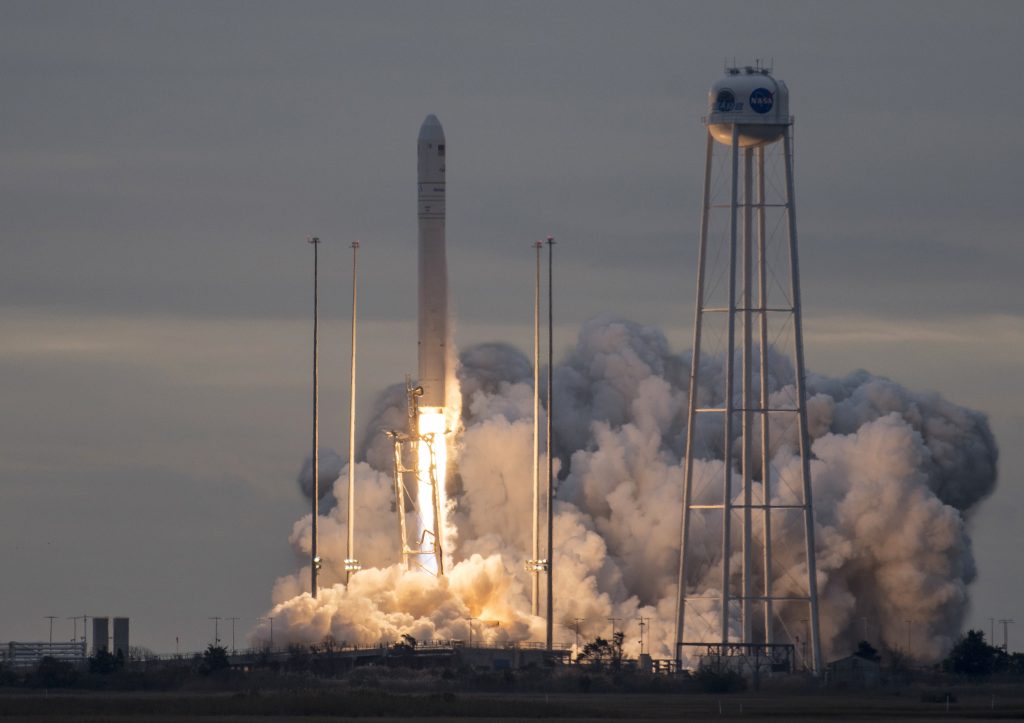 Astronauts got a mouth-watering haul with Tuesday’s Earth-to-space delivery — pizza and ice cream.

A commercial supply ship arrived at the International Space Station two days after launching from Virginia. Besides NASA equipment and experiments, the Orbital ATK capsule holds chocolate and vanilla ice cream for the six station astronauts, as well as make-your-own flatbread pizzas.

Astronauts always crave pizza in orbit, but it’s been particularly tough for Italy’s Paolo Nespoli. He’s been up there since July and has another month to go.

Nespoli used the space station’s robot arm to grab the cargo ship, as they zoomed 260 miles above the Indian Ocean.

Besides flatbread, the capsule contains all the makings of a good Earth pizza: sauce, cheese, anchovy paste, tomatoes, pesto, olive oil and more.

In all, the capsule contains nearly 4 tons of cargo. It’s named the S.S. Gene Cernan in honor of the last man to walk on the moon, who died in January.

The experiments include mealworms and micro clover, sent up by high school students.

The supply ship will remain at the space station until the beginning of December, when it’s cut loose with a load of trash. It will hover close to the orbiting lab as part of an experiment, then several mini satellites will be released and it will burn up in the atmosphere on re-entry.

SpaceX, NASA’s other prime shipper, will make a delivery next month.