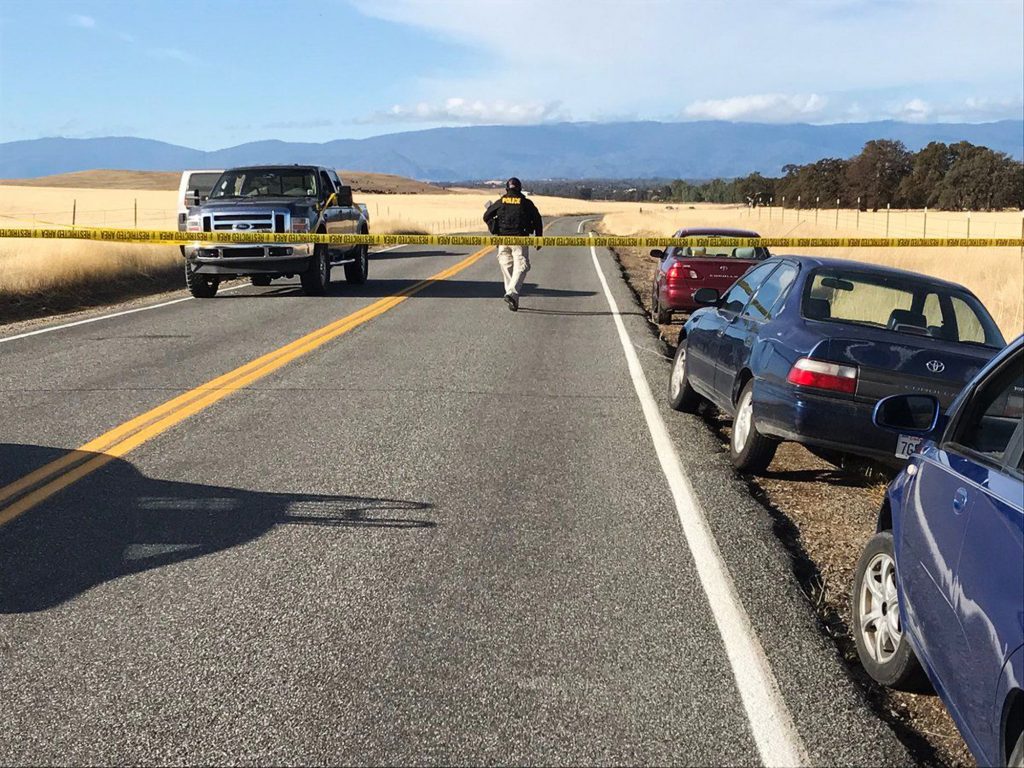 A gunman killed four people and wounded a number of others at random, Tuesday, at multiple locations in rural Northern California, including an elementary school, before police shot him dead, authorities said.

Two hospitals said they were treating seven people, including at least three children.

Details were still sketchy hours after the shooting and authorities didn’t have a firm count of the wounded due to the number of places where the gunman opened fire in the community of Rancho Tehama Reserve, about 130 miles north of Sacramento, Tehama County Assistant Sheriff Phil Johnston said.

One student was wounded at the school and another child was shot while driving with a woman, who also was wounded, Johnston said.

“It was very clear at the onset that we had an individual that was randomly picking targets,” Johnston said.

He declined to release the name of the shooter but said the gunfire began with a domestic violence incident that neighbors reported.

Brian Flint told the Record Searchlight newspaper in the city of Redding that his neighbor, whom he knows only as Kevin, was the gunman and that his roommate was among the victims. He said the shooter also stole his truck.

“The crazy thing is that the neighbor has been shooting a lot of bullets lately, hundreds of rounds, large magazines,” Flint said. “We made it aware that this guy is crazy and he’s been threatening us.”

Authorities have recovered a semi-automatic rifle and two handguns after the shootings in the rural subdivision described on its website as a “quiet private country community” where “the people are friendly and the pace is relaxed.”

Jeanine Quist, an administrative assistant with the Corning Union Elementary School District, said no one was killed at the school with grades kindergarten through fifth.

Three people were being treated at a hospital in Redding, about 50 miles north of the shootings, Mercy Medical Center spokeswoman Marcy Miracle said. She declined to provide other details about the victims or their injuries.

Four others, including three children, were being treated at Enloe Medical Center in Chico, about 50 miles southeast of the shootings, hospital spokeswoman Nicole Johansson said.