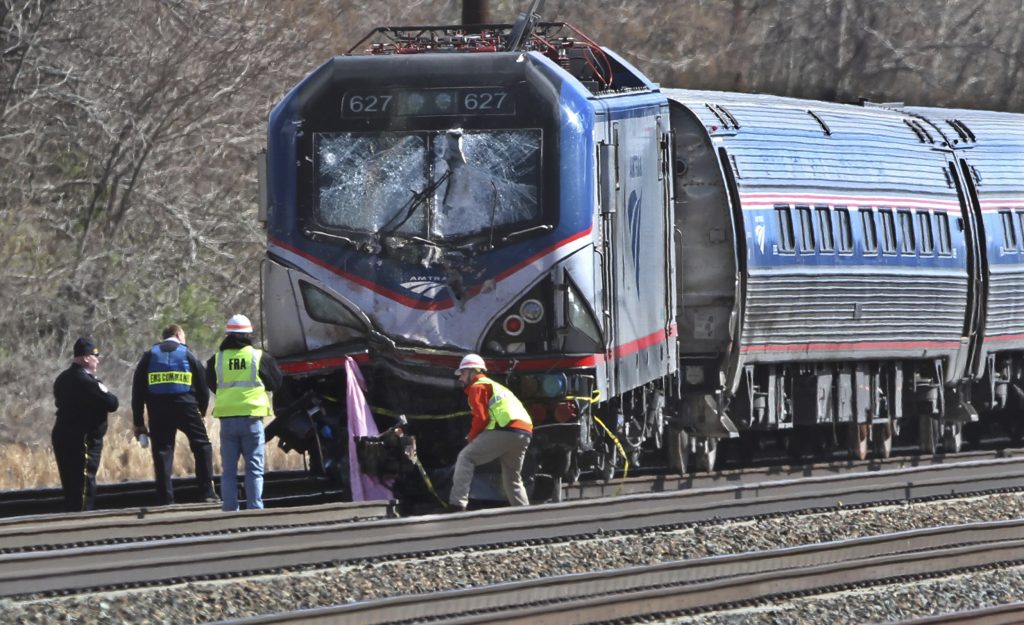 Chief among them, investigators said, were a foreman’s failure to make sure dispatchers were still rerouting trains from the area under repair near Philadelphia and the crew’s failure to use a device that would have automatically blocked access to those tracks.

“Had any of these issues been addressed, the accident may have been prevented or the severity mitigated,” National Transportation Safety Board investigator Joe Gordon said at a public meeting on the crash at the agency’s Washington headquarters.

NTSB chairman Robert Sumwalt said Amtrak’s approach to safety — with evidence showing it prioritized on-time performance while threatening to fire workers who broke rules — had created a culture of fear where bending the rules was acceptable to “get the job done.”

“Amtrak’s lack of a strong safety culture is at the heart of this accident,” investigator Mike Hoepf said.

Amtrak said it would respond to the NTSB’s findings later on Tuesday.

Hunter is no longer employed by Amtrak.

He told investigators that he knew of maintenance work being done in the area but was not given any warnings about equipment being on the same track as his train.

Hunter blew the train’s horn and hit the brakes once he saw equipment on an adjacent track and then on his own track. Investigators say that was about 12 seconds before impact.

The train slowed from 106 mph to 100 mph at impact and only came to a complete stop about a mile down the track. The lead engine of the train derailed.