National Is Gun-Maker Liable for Newtown? Court Takes Up the Case
National 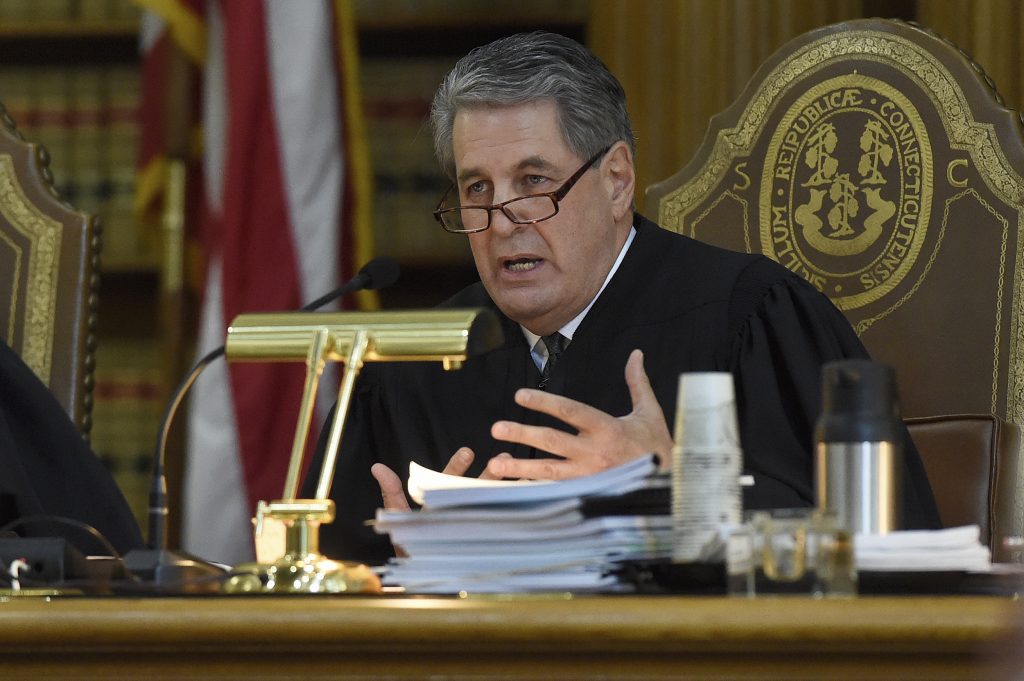 Newtown school shooter Adam Lanza heard the message loud and clear when gun-maker Remington Arms marketed an AR-15-style rifle as an overpowering weapon favored by elite military forces, a lawyer for relatives of some victims of the massacre told the Connecticut Supreme Court on Tuesday.

Lanza, who killed 20 first-graders and six educators with a Bushmaster XM15-E2S on Dec. 14, 2012, was obsessed with violent video games and idolized the Army Rangers, attorney Joshua Koskoff said.

Koskoff asked the high court to reinstate a wrongful death lawsuit against Madison, North Carolina-based Remington. He said the Bushmaster rifle and other AR-15-style firearms were designed as military killing machines and are too dangerous for the public, but Remington glorified them and marketed them to a younger demographic that included the 20-year-old Lanza.

“Adam Lanza heard the message,” Koskoff told the justices, whose decision isn’t expected for several months. “They marketed the weapon for exactly what it was. They used images of soldiers in combat. They used slogans invoking battle and high-pressure missions.”

The case is being watched by gun rights supporters and gun control advocates across the country as one that could set a precedent in cases accusing gunmakers of being responsible for mass shootings. Several groups including the National Rifle Association and emergency room doctors submitted briefs to the court.

At issue is a 2005 federal law that exempts gunmakers from liability when their products are used in crimes, and two exceptions to the law.

The plaintiffs in the case — a survivor and relatives of nine people killed — sued Remington in 2015, citing the negligent entrustment exception and claiming the company violated a Connecticut law against unfair sales and marketing practices.

Lanza’s mother, Nancy Lanza, legally bought the rifle and often went to the shooting range with her son, who had troubling mental health issues, authorities have said. Adam Lanza fatally shot his mother at their Newtown home before going to Sandy Hook Elementary School, where he killed himself as police arrived.

James Vogts, a lawyer for Remington, told the court that the Bushmaster rifle is a legal firearm enjoyed by millions of recreational shooters, and the lawsuit isn’t allowed under the federal law.

“What happened that morning was horrific. It’s a tragedy that won’t be forgotten,” Vogts said.

But he added, “The law needs to be applied dispassionately.”

Other courts have cited the federal law in rejecting lawsuits against gunmakers and dealers in some high-profile shooting attacks, including the Colorado theater shooting and the Washington, D.C. sniper shootings.

“I have faith in our justice system,” said Nicole Hockley, whose son Dylan was killed. “I have faith in morals and rights. And I believe that we will have our day in court to prove this case.”