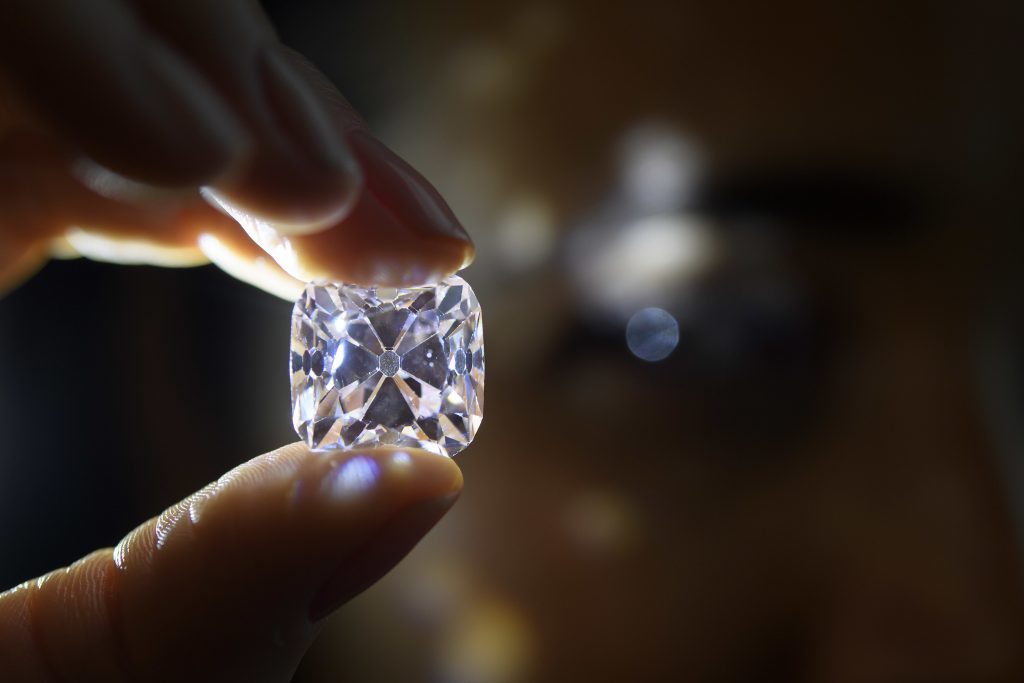 The largest-ever D-flawless diamond to be put up for auction, mounted in a diamond and emerald necklace, sold for $33.7 million Tuesday night, including buyer’s fees.

The hammer went down at 29.5 million Swiss francs ($29.7 million), excluding the buyer’s premium — around the midpoint of the pre-sale estimates before the auction at Christie’s in Geneva.

The buyer was not immediately identified.

Australian diamond company Lucapa, which mined the stone originally measuring over 7 centimeters (2.7 inches) in length, says it was the largest diamond ever discovered in the African nation of Angola. The rough stone that it was cut from weighed 404 carats.

Also on the block was “Le Grand Mazarin”, a 19-carat pink diamond that once belonged to King Louis XIV, Napoleon Bonaparte and other French rulers.

It sold for a hammer price of 12.5 million Swiss francs, obliterating the pre-sale estimate.

Le Grand Mazarin was up for auction for the first time in 130 years, during a sell-off of French crown jewels. Originally from the Golconda mines in India, the stone was set in the crowns of almost all kings and emperors of France since the early 18th century, Christie’s said.