The Enriching Alternative to Getting Even 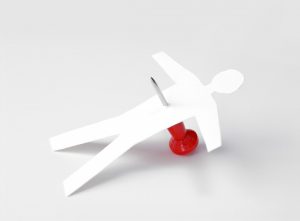 The enmity began with the sale of a birthright, and grew exponentially with the matter of who received their father’s blessings. The fierce hatred of Esav towards Yaakov continued to the day when Esav unsuccessfully sought to block his brother’s burial, and even now, thousands of years later, still thrives among anti-Semites everywhere.

While Esav is generally perceived as evil incarnate, sefarim teach us he was an individual with enormous potential. If only he would have used his mind to overcome his desires, he could have reached even greater heights than his brother.

The Torah this week teaches us about Esav’s fury and his powerful thirst for revenge.

It was only out of respect for his father that he refrained from killing Yaakov, and at the end of the parashah we learn that Rivkah Imeinu, fearing for the safety of her second son, instructed Yaakov to flee to Charan.

While sane people recognize nowadays that no matter how infuriated and aggrieved a person may feel towards another, murder simply is never an option, they don’t feel the same way about many other types of “getting even.”

Cognizant of the fact that revenge is a terrible sin, many will often couch it in politically correct terms like “sending a message” or even “standing up for rights.”

In some cases, we do such a good job trying to disguise what it is all about that we even manage to delude ourselves into thinking that it isn’t about revenge after all.

While the reason to refrain from such acts is because the Torah instructs us to do so, it may help the battle against the inclination for getting even to know that not only will it not make us feel better, but we actually will feel quite worse.

According to The Washington Post, recent studies have shown that while someone may get a temporary “lift” from getting even, that feeling is actually a fleeting one.

“Revenge can feel really good in the moment,” David Chester, a Virginia Commonwealth University assistant professor who studies the psychological and biological processes involved in human aggression, told the paper, “but when we follow up with people five minutes, 10 minutes and 45 minutes later, they actually report feeling worse than they did before they sought revenge.”

A study by University of Virginia psychology professor Timothy Wilson and his colleagues produced similar results, finding that those who had retaliated against a perceived betrayal reported feeling worse than those who didn’t get the opportunity to punish and so had “moved on.”

Seeking revenge may remind us of the pain we experienced when we were wronged and can make an event appear even larger in our minds, Wilson theorizes. “By not retaliating, we’re able to find other ways of coping, like telling ourselves that it wasn’t such a big deal,” he says.

While that is likely true, the very act of controlling our desires and refraining from a prohibited retaliation is in itself a most rewarding and enriching experience.

In many situations, there is a feeling that “everything has a limit,” and that when a certain line is crossed, retaliation of some sort is appropriate.

A powerful refutation of this train of thought is found in the way that Moshe Rabbeinu dealt with Dasan and Aviram. By the time of the rebellion of Korach, the two had led a vendetta against Moshe Rabbeinu for more than half a century.

Back in Mitzrayim, it was they who had maliciously informed on Moshe Rabbeinu, a mesirah that nearly cost him his life. Moshe miraculously escaped the executioner’s sword but he was forced to flee for his life, and for decades he was unable to return to his family and his people.

When Moshe Rabbeinu was sent back to Mitzrayim perhaps 50 years later to lead Bnei Yisrael out of exile, surely these two should have been left behind. But they weren’t, and never missed an opportunity to show their ingratitude for their redemption.

Even as they helped lead Korach’s rebellion, Moshe actually went in person to their tents to try to dissuade them from their sinful path.

While we have no inkling of the greatness of the Avos or a Moshe Rabbeinu, we are obligated to do our utmost to try to learn from their example.

The fires of revenge and the thirst for retaliation are attributes of Esav. While it takes much introspection, willpower and spiritual heroism to rid ourselves of the inclination to “get even,” it would be a great understatement to say that this exercise in self-control is well worth it.