Regional Abraham Lincoln Letter About Slavery Could Sell for $700,000
Regional 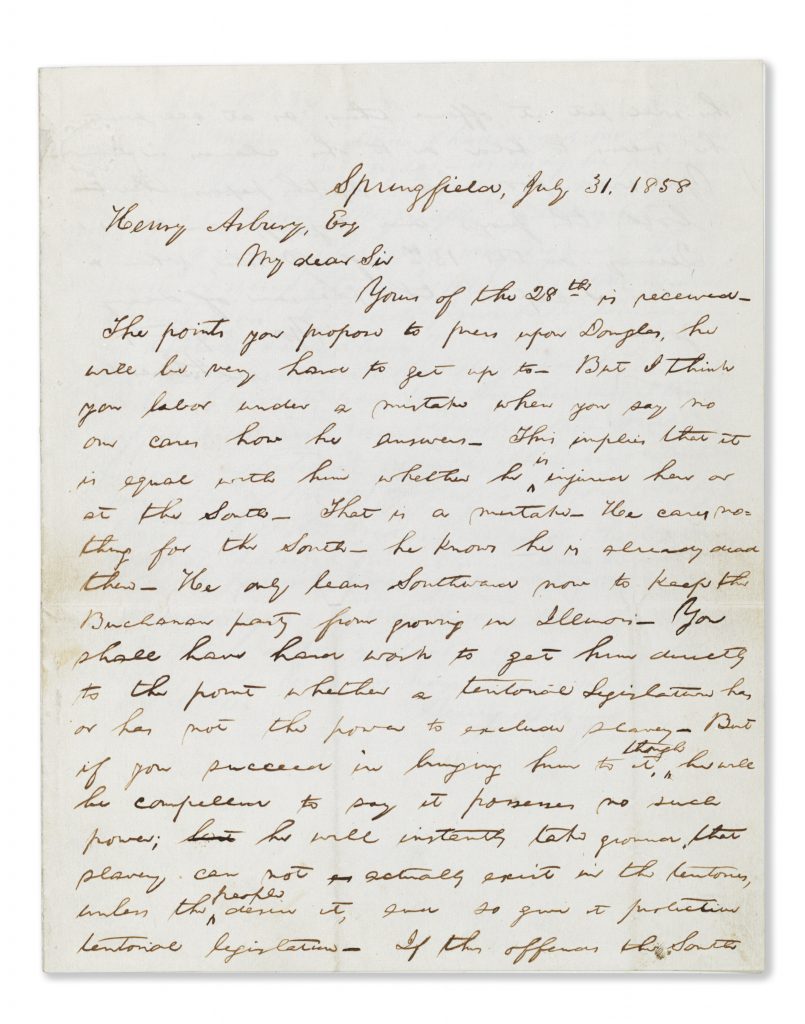 Rare artifacts from Abraham Lincoln and Albert Einstein are going to the auction block next month in New York City.

Christie’s auction house says they’re among the featured items at its Dec. 5 sale of books, manuscripts and Americana.

Einstein was photographed with the telescope in his Berlin study around 1927. He had it shipped when he settled in America and later gave it to a friend.