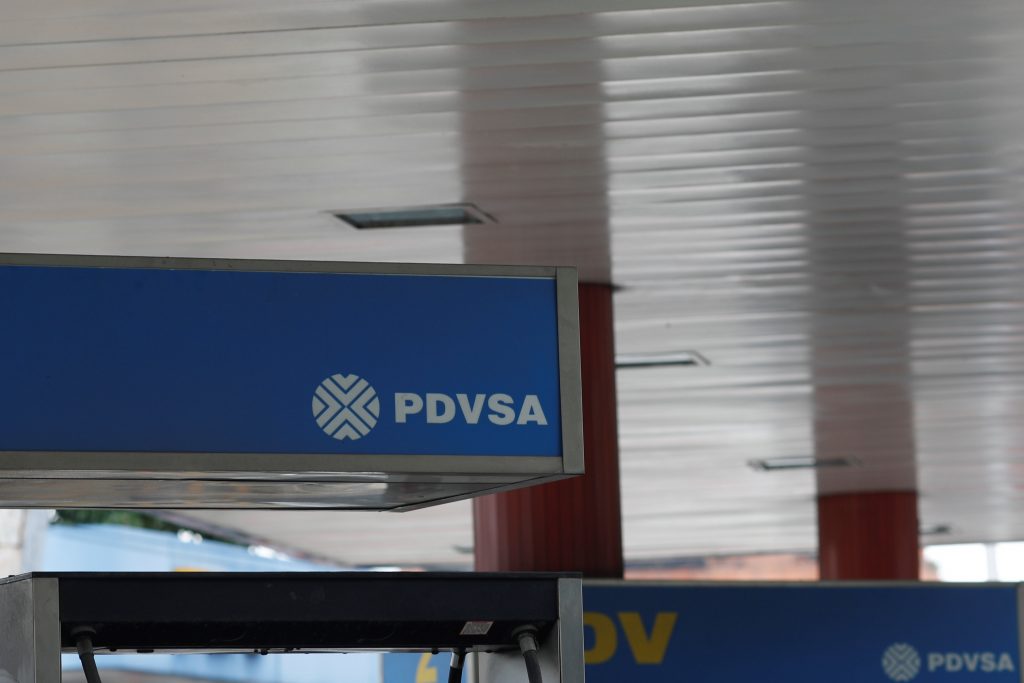 Venezuela rolled out a literal red carpet for investors coming to debt restructuring talks in the capital Monday, welcoming them to a sprawling government office building downtown that was flanked by national guards carrying assault rifles and riot shields.

Officials said more than 400 bondholders had signaled plans to attend, which seemed a wholly improbable number given that not a single foreign investor contacted by Bloomberg News last week intended to make the trip. Most observers think the meeting will offer little of substance given that U.S. sanctions make it virtually impossible for the country to pull off the kind of securities exchanges that would usually be part of any debt relief.

The talks are scheduled to commence at 2 p.m. in Palacio Blanco, a neo-classical building across the street from the presidential palace in a neighborhood that’s known to be particularly dangerous at night when office workers have gone home. Government officials said the beginning and the end of the meeting will be shown live on state TV, and sanctioned officials Vice President Tareck El Aissami and Finance Minister Simon Zerpa will attend. At least one person who planned to take part in the meetings walked out after seeing name tags for El Aissami and Zerpa, according to someone familiar with the matter.

While an invitation to debt restructuring talks would usually lure bondholders eager to have their voices heard, the unusual circumstances of Venezuela’s proposal — and Caracas’s reputation as one of the most dangerous cities in Latin America — are giving investors pause. The Treasury has advised U.S. investors to exercise extreme caution to avoid running afoul of sanctions imposed by the Trump administration for anti-democratic actions.

“My concern is that the meeting goes bad, and then more dominoes start to fall,” said Ray Zucaro, the chief investment officer at Miami-based RVX Asset Management, who holds Venezuelan debt but has no plans to go to the meetings. “If no one of real importance shows up, the government may say, ‘Well, we tried. So go pound sand.'”

But there’s plenty going on elsewhere for beleaguered Venezuelan creditors to focus on in their frantic effort to understand what comes next.

First, the European Union imposed an arms embargo as well as a legal framework to ban travel and freeze assets of Venezuela officials. Monday afternoon, credit-rating companies could declare a default after the grace period on $280 million of payments expired over the weekend; the International Swaps & Derivatives Association will discuss whether delayed payments from the state oil company will trigger default-insurance contracts; and U.S. envoy Nikki Haley is set to speak before the U.N. Security Council about Venezuela’s crisis.

Almost 200 people registered for information about the meeting in Caracas, according to the email addresses copied on a missive from the government to those who had signed up, including Guido Rosas at Goldman Sachs, Jim Craige at Stone Harbor Investments, Yerlan Syzdykov at Amundi Pioneer and Francisco Rodriguez at Torino Capital.

Rodriguez, a former head of Venezuela’s congressional budget office and now closely followed economist for those obsessively tracking the country’s financial health, is attending the meeting. In a note Monday described as a guide for 36 hours in Caracas, he suggested a post-negotiation Scotch at the luxurious Hotel Cayena’s bar, as well a visit to a high-end French restaurant and a trek to his favorite corner spot for arepas.

Venezuela’s benchmark bonds due in 2027 rose 1.7 cent to 28.9 cents on the dollar on Monday. The now four-day advance follows a selloff after Venezuela’s announcement Nov. 2 that it would seek a restructuring while continuing to service overseas debt, which it has fallen behind on amid an increasingly severe cash crunch caused by low oil prices and a decade of economic mismanagement. That’s left bondholders, who for years benefited from one of the most lucrative trades in emerging markets, to wonder what comes next given the nation’s dwindling reserves and hurdles to restructure obligations with U.S. investors.

Last week, Treasury said the only circumstance in which it may consider allowing U.S. investors to engage in a debt swap is if the opposition-led National Assembly approves the plan.

Money managers are on high-alert for any sign that the delayed bond payments have made it to their accounts. Hours after Venezuela’s state electricity firm, Electricidad de Caracas, was declared in default by its trustee Friday, the company released a statement on Twitter insisting that it had sent the cash. That reflects an ongoing challenge for the oil-rich nation and its state-owned companies: Even if they have the funds to pay, problems with intermediary banks could prevent that money from being delivered to bondholders on time.

If the ISDA panel determines PDVSA had a failure-to-pay event, the company’s credit-default swaps would trigger and grant a payout to buyers of the contracts. While it’s unclear what will come of the U.N. meeting in Manhattan, it’s taking place days after Argentine President Mauricio Macri said a full embargo on Venezuelan oil by the U.S. would have broad support in Latin America. Action from the EU, which has been expected, may also include a travel ban on Venezuelan officials, many of whom have second or third residences on the continent.

Mike Conelius, who manages the $6.5 billion T. Rowe Price Emerging Markets Bond Fund and has traveled to Caracas in the past, said there was no way he would fly down for a meeting he called more of a “photo-op” for Maduro’s government than a serious discussion. Despite that, the money manager says it’s feasible for Venezuela to continue honoring its debts over the next year with stable oil prices and support from allies in Russia or China.

“Maduro has proven himself to be a survivor,” Conelius said from Baltimore. “There’s certainly a scenario where they default, hit the wall and try to be Zimbabwe for a while, but I don’t think that happens now.”