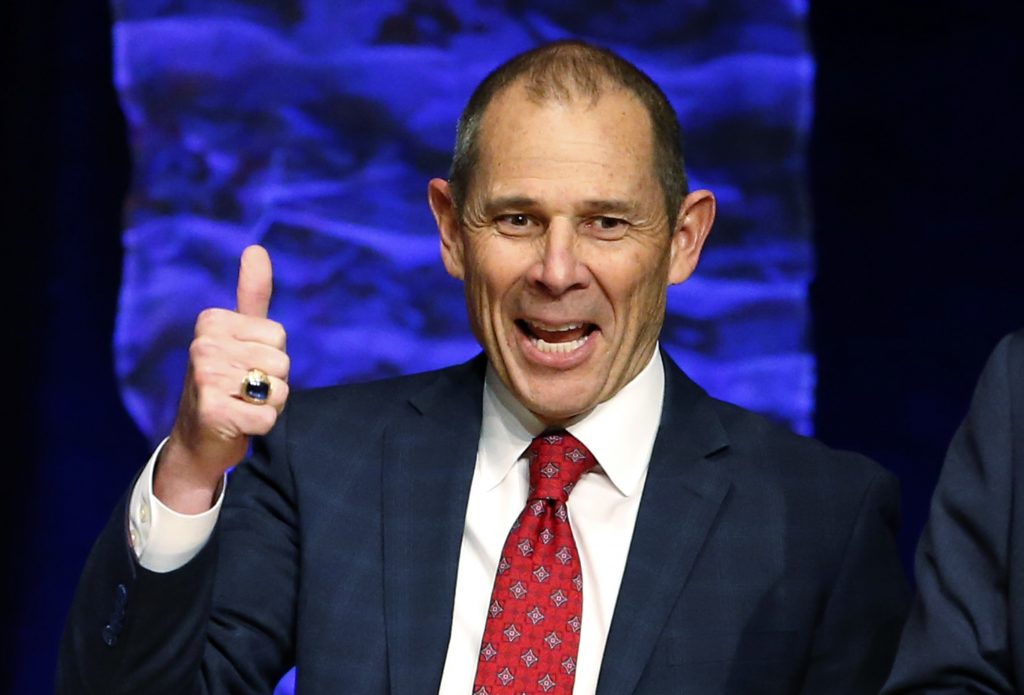 Congress gets its newest member on Monday when Republican John Curtis of Utah is sworn in amid an intense push by GOP leadership to score a major legislative victory before the end of the year.

Curtis, 57, is the mayor of the Mormon stronghold of Provo. His letter of resignation from that post takes effect when he receives the oath of office from House Speaker Paul Ryan during votes on the House floor.

He easily won a special election to replace former Rep. Jason Chaffetz in a heavily Republican district. He’ll fill the final year of Chaffetz’s term before facing re-election in late 2018.

Curtis has signaled he intends to be a unifier in a deeply polarized Congress. During his victory speech last week in Provo, Curtis — who has said significant moral concerns kept him from voting for Trump last year — took a different tone than the president. He acknowledged that voters are worried about gun violence, the direction of the country and a “lack of civility.”

He’ll have to quickly learn to navigate a divided Congress aiming to pass a tax overhaul bill and claim a badly needed legislative win. Trump has set an end of year deadline for the tax legislation. Other looming and contentious issues include immigration legislation and the repeal of former President Barack Obama’s Affordable Care Act.

Chaffetz was known during his eight years on Capitol Hill for his persistent investigations into Democrat Hillary Clinton. Chaffetz resigned at the end of June, citing a desire to spend more time with family. He quickly became a paid Fox News contributor, leaving behind an open seat that initially attracted more than 20 candidates.

Curtis became the GOP nominee after a tough primary where he faced suspicion from the party’s conservative flank for having once been a Democrat. As he prepares to quickly run another campaign, he will likely face a strong challenge from the right for the Republican nomination.