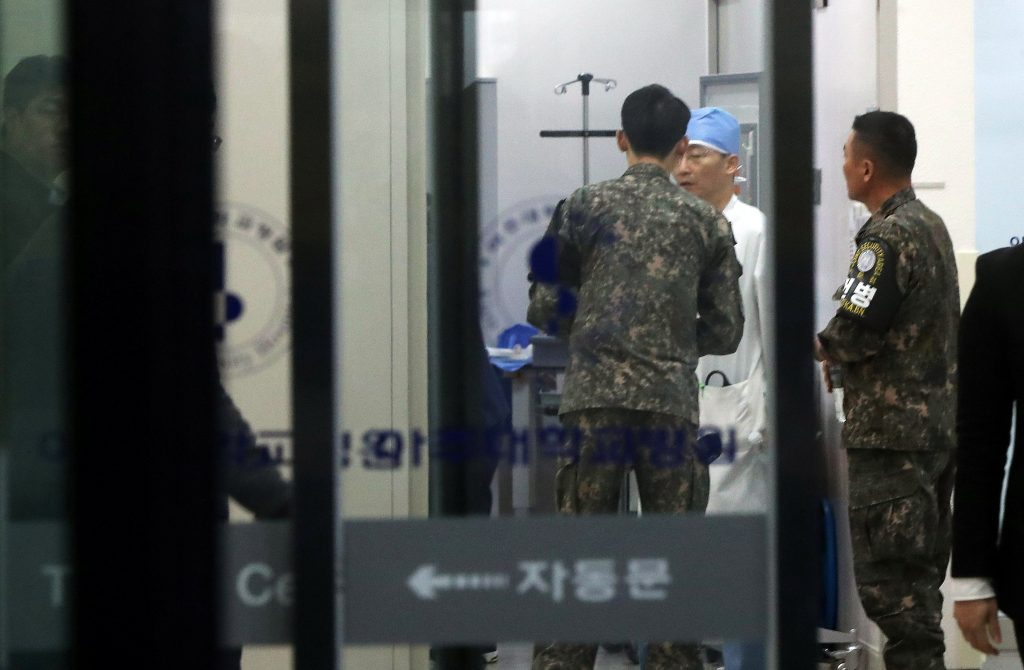 A North Korean soldier defected to the South on Monday and was shot and wounded by the North Korean military, South Korea said.

The soldier was found on the south side of the border village of Panmunjom, about 150 feet south of the military Demarcation Line, wounded in his shoulder and elbow, according to a South Korean defense ministry official.

He defected from a North Korean guard post nearby and was being treated in the hospital.

“The defector was urgently transferred to hospital in a helicopter of the United Nations Command, and there was no exchange of fire with our side,” the ministry official told Reuters.

“Since it was an area exposed to the North, we had to crawl toward there to get him out,” the official added.

There was no immediate comment on the incident from North Korea.

While on average more than 1,000 North Koreans defect to South Korea every year, most travel via China and it is unusual for a North Korean to cross the land border dividing the two Koreas, which have been in a technical state of war since their 1950-53 conflict ended in a truce, not a peace treaty.

The last such crossing was in June.

The South Korean ministry official said the soldier’s condition and military rank remained to be verified.

The defection comes amid tension between the two Koreas, and between the United States and the North.

North Korea has this year been boosting its nuclear and missile capacity with a series of tests as it faces off with President Donald Trump who has vowed to stop it from being able to hit the mainland United States with a nuclear weapon.

North Korea conducted its sixth and most powerful nuclear bomb test on Sept. 3, but has not launched any missiles since firing one over Japan on Sept. 15, the longest such lull this year.