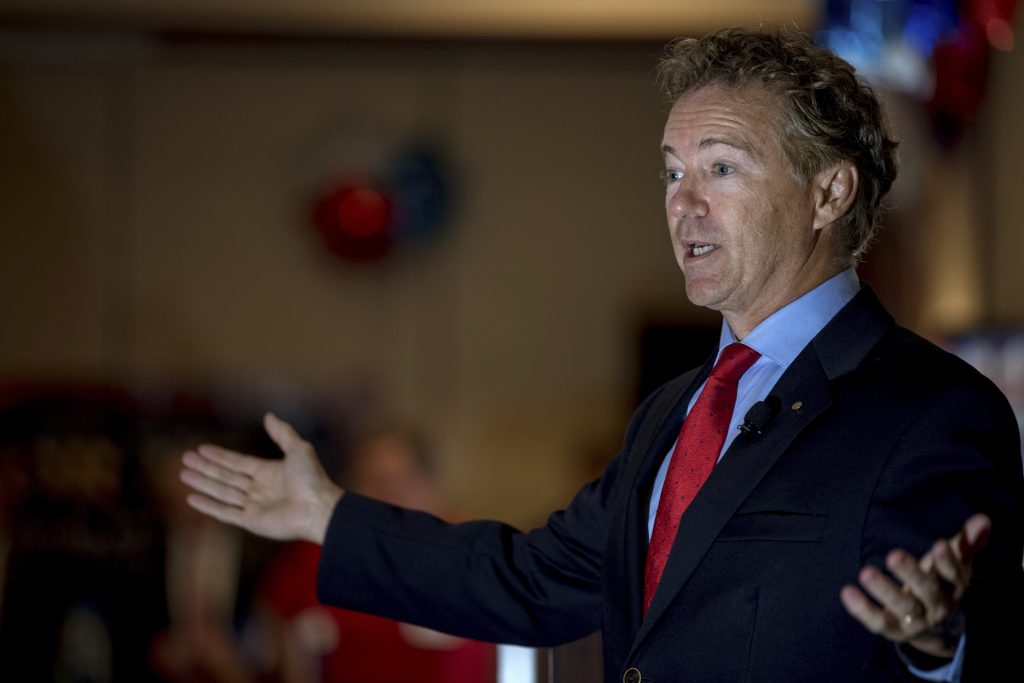 Sen. Rand Paul (R-Ky.) said Monday he is returning to Washington following an attack in his yard that left him with six broken ribs.

“While I’m still in a good deal of pain, I will be returning to work in the Senate today, ready to fight for liberty and help move forward with tax cuts in the coming days and weeks,” Paul posted on his Twitter account.

Paul was attacked Nov. 3 while mowing his lawn, authorities said. Robert Porter, Paul’s close friend of 20 years, said the senator had gotten off his riding lawn mower to remove a limb when he was tackled from behind. Porter said Paul was wearing ear protection, so he did not hear the attack coming.

Police charged Rene Boucher with misdemeanor assault. Boucher pleaded not guilty last week in Bowling Green. Boucher could face more charges. The FBI has confirmed it is investigating to see if any federal laws were broken.

Boucher and Paul have been neighbors for 17 years. Boucher’s attorney said the attack was not motivated by politics, but “by a dispute most people would find trivial.” He has not elaborated.

Some residents of the gated neighborhood where Paul and Boucher live have speculated that the attack was prompted by a long-simmering lawn care dispute between the two men. Paul’s senior adviser Doug Stafford has denied the two men had a dispute of any kind, saying Paul had not had a conversation with Boucher in years.

“This was not a fight; it was a blind side, violent attack by a disturbed person,” Stafford said in a statement last week.

Boucher’s attorney, Matt Baker, said it appears that Paul has hired a personal injury lawyer, which could mean he is planning a lawsuit. Paul’s office has declined to comment on that.