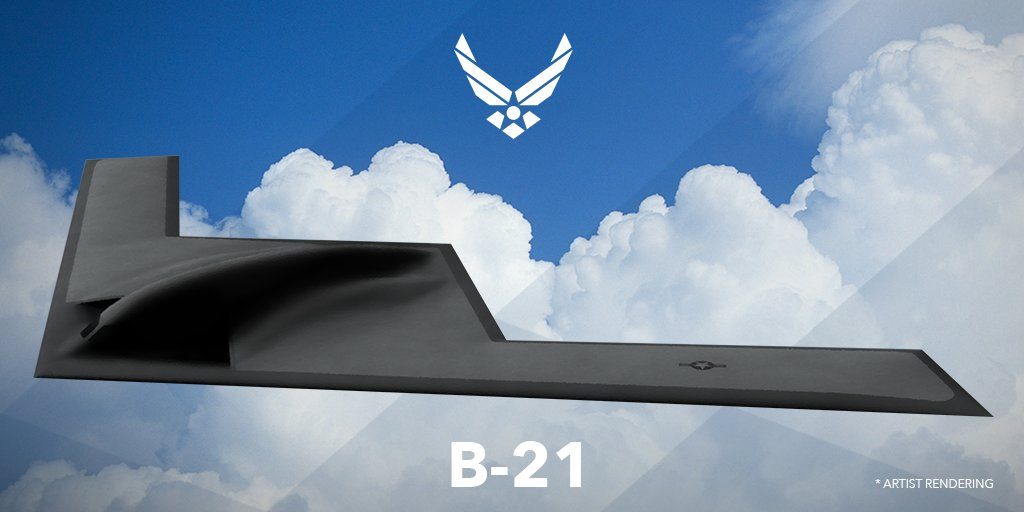 A once-empty parking lot at Northrop Grumman Corp.’s top secret aircraft plant in Palmdale, Calif., is now jammed with cars that pour in during the predawn hours.

More than a thousand new employees are working for the time being in rows of temporary trailers, a dozen tan tents and a huge assembly hangar at the desert site near the edge of urban Los Angeles County.

It is here that Northrop is building the Air Force’s new B-21 bomber, a stealthy bat-winged jet that is being designed to slip behind any adversary’s air defense system and deliver devastating airstrikes for decades to come. The Pentagon plans to buy 100 of the bombers by the mid-2030s for at least $80 billion, though the exact amount is classified.

Northrop won the bomber contract in 2015, but the pace of activity is increasing sharply under an Air Force budget that has reached $2 billion for this fiscal year.

Construction crews are getting ready to add 1 million square feet to the plant, a 50 percent increase over what is already a huge facility.

The project marks a sharp turnaround in the fortunes of the Southern California aerospace industry, which has been atrophying since the end of the Cold War. It was widely assumed that the region would never again be home to large aircraft manufacturing, and now it has one of the biggest projects ever. The program is breathing new life into an industry that once defined the Southern California economy.

The bomber, called “Raider,” is expected to become Northrop’s largest cash cow, which could run for two decades if it does not encounter technical or political setbacks.

Northrop has 3,000 employees at the Palmdale plant and is still hiring rapidly. By late 2019, the operation will have 5,200 employees at the site, Kevin Mitchell, deputy vice president of global operations, said recently at a Lancaster Chamber of Commerce meeting.

The facility also produces Northrop’s high-altitude surveillance drones, the Global Hawk for the Air Force and the closely related Triton for the Navy, and the center fuselage for Lockheed Martin’s F-35 Joint Strike Fighter.

Company officials declined to be interviewed about the B-21, citing Defense Department restrictions.

The Palmdale factory is part of the Air Force’s Plant 42 operation, where some of the nation’s most secret warplanes have been built, including Northrop’s flying wing B-2 bomber.

The B-21 program is not just secret, but also “special access,” setting a much higher bar on who can get a clearance and how data are stored, among much else. An executive conference room at the plant is a high-security windowless vault. No cellphones are allowed in the room.

Heavy bombers, particularly those capable of carrying nuclear weapons, have been among the most controversial military projects in U.S. history. When the B-1 bomber was introduced, pacifists attempted to throw themselves under its wheels. The Northrop B-2 stealth bomber gave Congress a shock with its $1-billion-per-plane manufacturing cost.

In contrast, the B-21 so far is slamming through the political system with few obstacles with a projected cost of $550 million per plane, translating to production costs alone of $55 billion, according to staff at the House Armed Services Committee. The dollar amount for research and development is highly classified, Under Secretary of the Air Force, Matthew Donovan said in an interview.

Even more highly classified are the technical details of the future bomber.

A crude drawing of the plane released by the Air Force seems to resemble the company’s B-2 bomber, but Donovan and others say the new plane is not a derivative but a “clean sheet” design. It is supposed to carry nuclear weapons, though the Air Force does not plan to certify it for such missions until two years after it first becomes operational, a cost-saving decision that the House Armed Services Committee criticized in a 2013 report.

Evading more capable future radar systems is a singular requirement. When the B-2 was built, some experts claimed it looked no bigger than a hummingbird on a radar screen. The B-21 would have to be even stealthier. The preliminary design of the bomber’s stealth characteristics was “investigated in detail against current and anticipated threats,” according to a Congressional Research Service report released in June.

The plane will be operated either by an onboard crew or autonomously, the report said. Without a crew, the bomber could linger much longer over targets, requiring fewer sorties and holding an enemy hostage much longer. Unlike the B-2, it is planned as part of a “family of systems,” implying that it would fly with other aircraft or weapons systems, though government officials declined to say anything about it.

The B-21 will benefit from much more sophisticated, faster and cheaper computer systems and software, said Don Hicks, who was Northrop’s senior vice president for research during the B-2 era and later served as the Pentagon’s research and engineering chief. He said Northrop developed crucial technology in its X-47B drone, an experimental jet that in 2013 made the first autonomous landing on an aircraft carrier.

The B-21 is being marketed as a replacement for the Air Force’s old bomber fleet, which dates back to the 1960s for the B-52 and the 1980s for the B-1. The Air Force says potential adversaries are improving their air defense systems and have to find new capabilities to ensure it can hold them at risk. Even if the Air Force gets all 100 B-21s now planned, it will end up with a smaller fleet than it has now.

The Pentagon fears a repeat of the B-2 bomber program, in which the nation invested $20 billion in research and development with a plan to buy 132 airplanes. The plan’s cost ballooned, and the Cold War ended just before production began, leaving even the Defense Department questioning why it was needed. In the end, the Air Force got only 21 aircraft, which forced it to keep using the older bombers.

The B-21 also faces a tough road ahead because of competing programs. The Pentagon has plans to update every leg of the nuclear weapons complex, including warheads, missiles and submarines, at an estimated cost of $1.2 trillion, according to a Congressional Budget Office estimate released Oct. 31.

The B-21 is getting an early start, but some other programs are scheduled just when the B-21 would enter production in the mid-2020s and could challenge the bomber for funding.

“They don’t have enough money,” said Jeffrey Lewis, a nuclear weapons analyst with the James Martin Center for Nonproliferation Studies in Monterey, Calif. “Building everything at once is the best way to build nothing.”

Unlike many strategic weapons systems, such as submarines or intercontinental ballistic missiles, bombers are in use daily on missions in the Middle East. More than a decade of war in Afghanistan, Iraq and Syria have made clear that bombers play a big role in limited conventional war.

The ultimate success of the program will depend on continued government support and cost controls. The Air Force considers the bomber one of its top three priorities, along with the F-35 and a new aerial refueling tanker.

So far, the program has received all the money that Presidents Barack Obama and Donald Trump have requested. Last year, two dozen members of the House — a colorful political mix of conservatives and liberals — sent a letter to appropriation committee leaders asking them to maintain funding for the bomber.

The only grumbling has surfaced from Sen. John McCain, R-Ariz., chairman of the Senate Armed Services Committee, who has pressed for more disclosure about the cost of research and development. The Air Force has resisted, arguing it would disclose the scope of technology development.

To help keep Northrop on schedule, the Air Force is managing the B-21 through its Washington-based Rapid Capabilities Office, which is intended to cut red tape, said Donovan, the undersecretary. The Air Force is requiring that any design changes, which often slow progress and increase costs, be approved at a higher level than is typical.

Building bombers under the black budget is not unprecedented. The U.S. government didn’t lift the veil on the B-2 program until a decade after it had begun, revealing one of the largest weapons development efforts since the Manhattan Project produced the atomic bomb in the 1940s.

In addition to the major work in Palmdale, parts of all sizes will be made in factories across the nation. The bomber, like other big-ticket aircraft programs before it, will probably spur new housing and commercial development. Mitchell, Northrop’s vice president, told the Lancaster Chamber of Commerce that the company is working with local leaders to make sure employees have access to services and amenities they want.

The company, for example, is working with Antelope Valley College, which recently developed an eight-week training program for aircraft fabrication and assembly, said Liz Diachun, a college spokeswoman. The vast majority of the college’s aircraft fabrication graduates go to Northrop. The college even has a bachelor’s degree program with a course on the theory of “low observable” technologies.

But the B-21 will probably not have the economic power of past defense programs. The industry is more efficient now, with production using more robots and other automated machinery. In 1992 when Northrop’s B-2 bomber was near its peak, the company had 9,000 workers at a now-closed plant in Pico Rivera and 3,000 more in Palmdale. The entire B-2 program employed 40,000 across the nation.