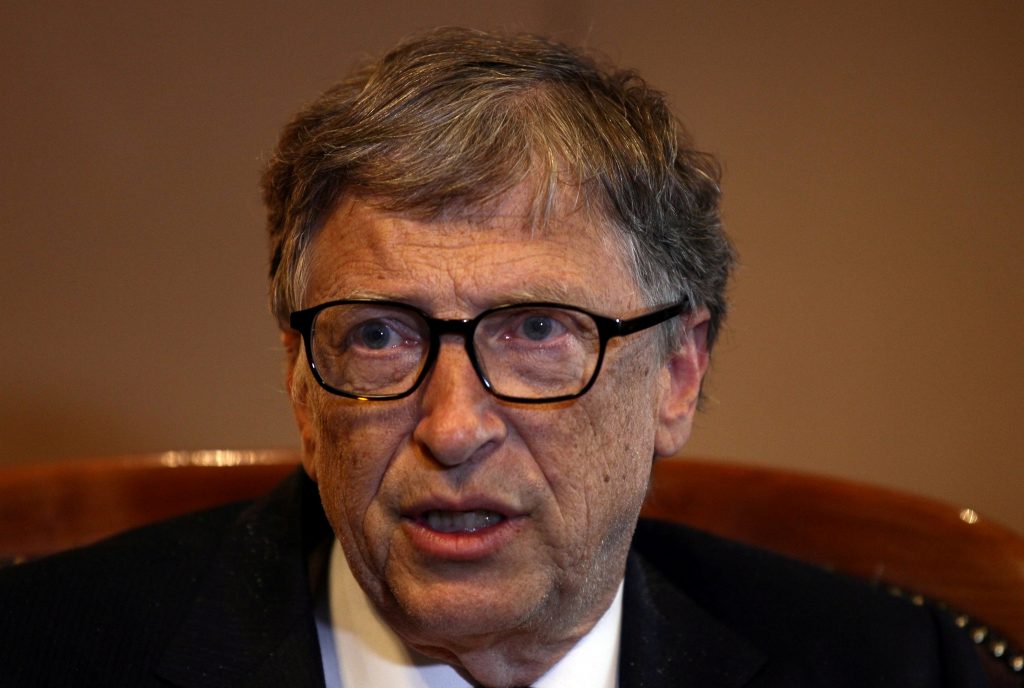 Billionaire Microsoft co-founder Bill Gates is to invest $50 million in the Dementia Discovery Fund, a venture capital fund that brings together industry and government to seek treatments for the brain-wasting disease.

The investment – a personal one and not part of Gates’ philanthropic Bill & Melinda Gates Foundation – will be followed by another $50 million in startup ventures working in Alzheimer’s research, Gates said.

With rapidly rising numbers of people suffering from Alzheimer’s and other forms of dementia, the disease is taking a growing emotional and financial toll as people live longer, Gates told Reuters in an interview.

“It’s a huge problem, a growing problem, and the scale of the tragedy – even for the people who stay alive – is very high,” he said.

Despite decades of scientific research, there is no treatment that can slow the progression of Alzheimer’s. Current drugs can do no more than ease some of the symptoms.

Gates said, however, that with focused and well-funded innovation, he’s “optimistic” that treatments can be found, even if they might be more than a decade away.

“It’ll take probably ten years before new theories are tried enough times to give them a high chance of success. So it’s very hard to hazard a guess (when an effective drug might be developed).

“I hope that in the next ten years that we have some powerful drugs, but it’s possible that won’t be achieved.”

Dementia, of which Alzheimer’s is the most common form, affects close to 50 million people worldwide and is expected to affect more than 131 million by 2050, according to the non-profit campaign group Alzheimer’s Disease International.

The DDF, which was launched in 2015 and involves drugmakers GlaxoSmithKline, Johnson & Johnson, Eli Lilly, Pfizer and Biogen Idec as well as the U.K. government, has already invested in at least nine start-up companies investigating potential ways to stop or reverse the biological processes that lead to dementia.

Gates told Reuters that the additional $50 million would be put into start-ups working on some “less mainstream” approaches to the disease, but said he had not yet identified these companies.

The philanthropist, whose usual focus is on infectious diseases in poorer countries, said Alzheimer’s caught his interest partly for personal reasons, and partly because it has so far proved such a tough nut to crack.

“I know how awful it is to watch people you love struggle as the disease robs them of their mental capacity … It feels a lot like you’re experiencing a gradual death of the person that you knew,” he said in a blog post about the dementia investments.

“Some of the men in my family have suffered from Alzheimer’s, but I wouldn’t say that’s the sole reason” (for this investment),” he added.

Jeremy Hughes, chief executive of the Alzheimer’s Society charity, welcomed Gates’ “significant personal investment”, saying it would speed up progress towards a cure and help reduce stigma around dementia: “With Bill Gates now joining all those already united against dementia, there is new hope for advances in the care and cure of dementia,” he said in a statement.

Through talking to experts in the field over the past year, Gates said he had identified five areas of need: Understanding better how Alzheimer’s unfolds, detecting and diagnosing it earlier, pursuing multiple approaches to try to halt the disease, making it easier for people to take part in clinical trials of potential new medicines, and using data better.

“My background at Microsoft and my (Gates) Foundation background say to me that a data-driven contribution might be an area where I can help add some value,” he said.

Alongside the $50 million investment in DDF and the additional $50 million planned for start-ups, Gates said he would like to award a grant to build a global dementia data platform. This would make it easier for researchers to look for patterns and identify new pathways for treatment, he said.