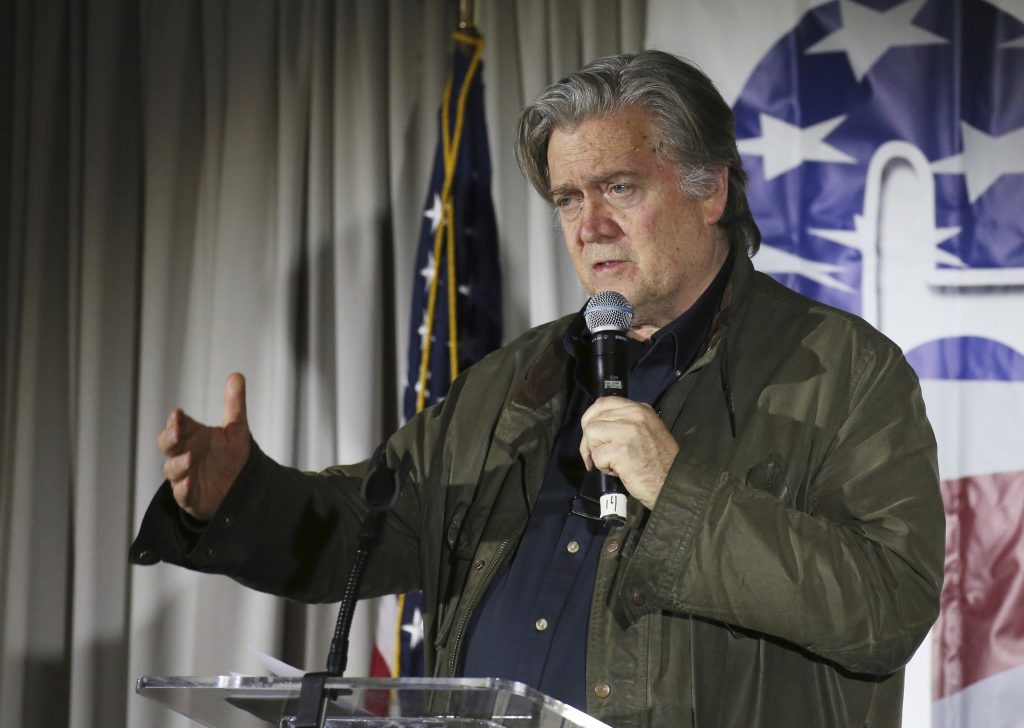 Former White House strategist Steve Bannon declared at a gathering of the the Zionist Organization of America (ZOA) on Sunday night that President Donald Trump is “the strongest supporter of Israel since Ronald Reagan.”

But, he said, “We have a long, dark valley to go through, folks,” referring to those who would block the president’s foreign policy and seek to undo his 2016 electoral victory.

Bannon also said that Pres. Trump is following through on his promise to “eradicate” radical Islam “completely from the face of the Earth.”

“Look what he did in the first nine or ten months of his administration – destroyed the physical caliphate of ISIS.”

A current member of the Trump administration, ambassador to Israel David Friedman, also hailed the change in Washington:

“We came into office on the heels of perhaps the greatest betrayal of Israel by a sitting president in American history,” Friedman said. “I hope you agree with me that we have turned a page since the dark days of last December. Gone are the days when the United Nations bashes Israel with impunity.”

Friedman said that Pres. Trump and Israeli leaders are on the same page with regard to Iran and Mideast peacemaking, and that the peace plan on the drawing boards will prioritize Israeli security.

“The president recognizes the critical importance that Judea and Samaria never become the failed experiment that we saw in the Gaza Strip,” Friedman said.

“And perhaps most importantly, you will never hear the president make the case, as his predecessor did, that there is some symmetrical relationship between, let’s say, building a house in the Samarian village of Halamish and the brutal murder of a father, son and a daughter in Halamish at a Shabbat table.”

While Bannon and Friedman were received enthusiastically with repeated interruptions for applause, outside the Midtown Manhattan hotel venue, dozens of left-wing Jewish activists held a protest demonstration.

Harvard Law Professor Alan Dershowitz, who also spoke at the ZOA, called for centrism and warned of extremism, particularly pointing to the far-left. “I think today the hard left is far more dangerous to Israel’s existence and to the safety of the Jewish community,” Dershowitz told Haaretz. “The right has no influence today on college campuses, which are the future leaders of America.”