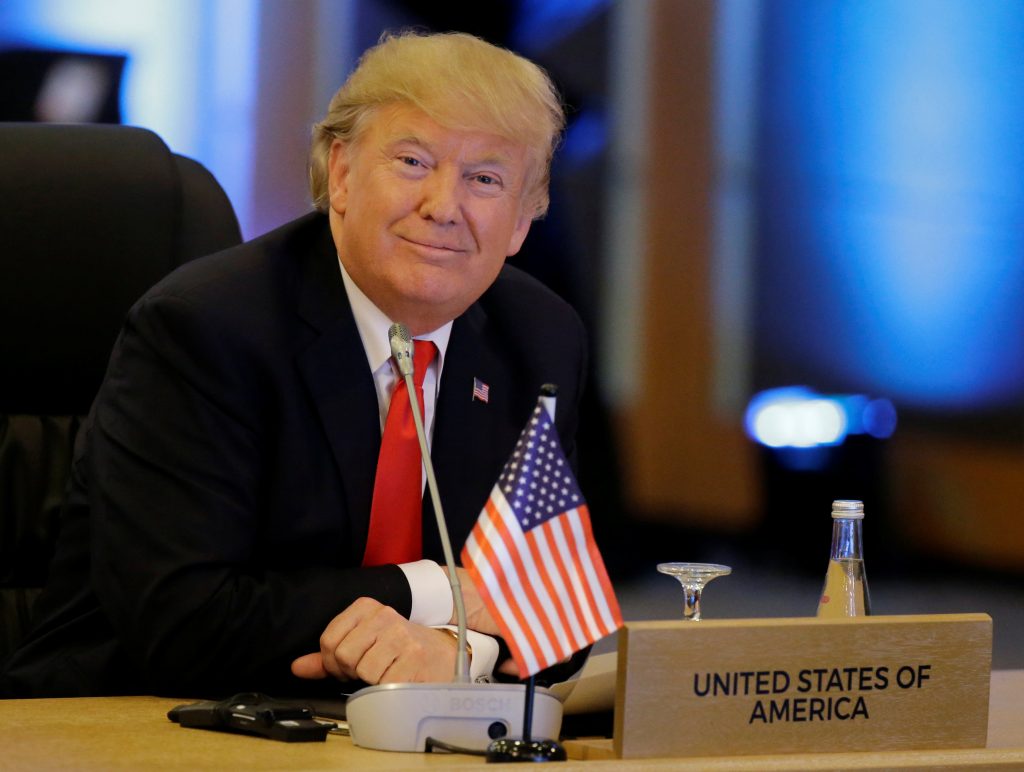 Tweeting just before midnight in Manila, Philippines, Pres. Trump laid down a marker for House and Senate Republicans as they continue work on their separate bills. The president wrote that he is “proud of the Rep. House & Senate for working so hard on cutting taxes {& reform.} We’re getting close!”

The White House’s message on the 2010 law’s mandate has been anything but consistent.

Pres. Trump, as he did Monday, has urged lawmakers to undo it in the final version of the tax bill. That means it could be added in by a conference committee that’s expected to hammer out differences between the House and Senate measures.

White House Press Secretary Sarah Huckabee Sanders said the president would prefer the provision be included, but it is not necessary to garner his signature on the tax bill. Marc Short, Pres. Trump’s top liaison to Capitol Hill, said the White House expects to deal with the mandate when it tries again on a health-care overhaul bill.

Pres. Trump’s request of his fellow Republicans comes a day before his 12-day Asia tour will end and he will return to Washington — just in time for an expected House floor vote on its bill and a planned Senate Finance Committee vote on that chamber’s version. Neither contains language on the individual mandate.

House Ways and Means Committee Chairman Kevin Brady suggested Thursday that repeal of the individual mandate will not make it into the tax overhaul the House plans to vote on this week.

In a brief interview after the committee markup, the Texas Republican said he does not expect to add it before the House votes on the bill next week. “We were within the budget number, and it’s extremely pro-growth,” he said. “And so I would expect this measure to go to the House floor.”

Several Republican senators said last week they understood that chamber’s measure also excludes the Trump-desired language, but added it had not been ruled out before the Senate adjourned on Thursday.

“It’s under discussion,” Sen. Bob Corker, R-Tenn., said Thursday. “No decision has been made.”