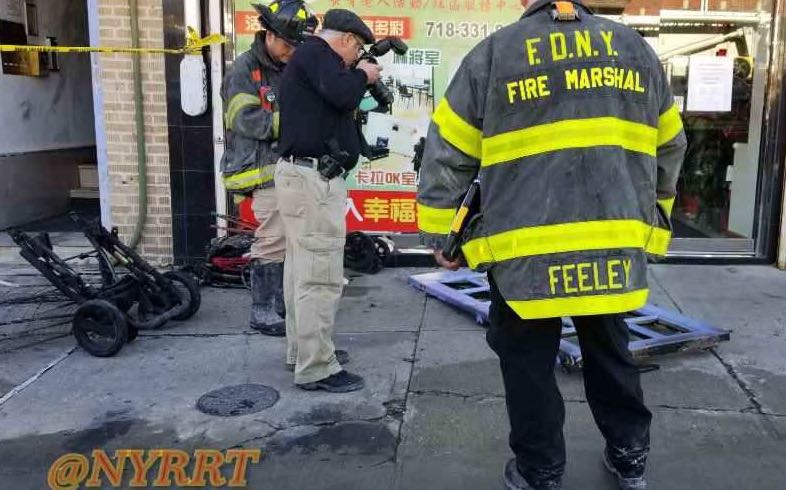 A woman has been arrested for intentionally setting a fatal fire last Thursday in Dyker Heights.

Sources familiar with the investigation told Hamodia that Mei was upset about garbage in the building, so she lit the garbage on fire. An accelerant was found in the staircase.

In an interview Saturday with the Daily News from Rikers Island, Mei, a nursing student, said that she put a smoldering piece of newspaper in the garbage as she left her home on the way to school, but that she did not realize it would start a fire.

“There was a newspaper on the ground that wasn’t in the correct bin so I put it on top of a cardboard box and went downstairs,” said Mei.

Sources told the Daily News that when Mei was interviewed by police, specially trained dogs from the FDNY K-9 Unit found gas on her.

“I was walking down the stairs and a few steps down I saw some bicycles lying around and something that looked like water on the floor,” she told the Daily News. “Some of the water got on me too and it smelled.”

But despite her denials in the Daily News interview, sources say that Mei had previously told investigators that she lit the fire because she was upset about the garbage.

The blaze killed Feng X Xu, 56, and her husband, Xi L Huang, 58. Four other residents were sent to the hospital in stable condition with smoke inhalation. Several others, as well as several firefighters, suffered minor injuries.