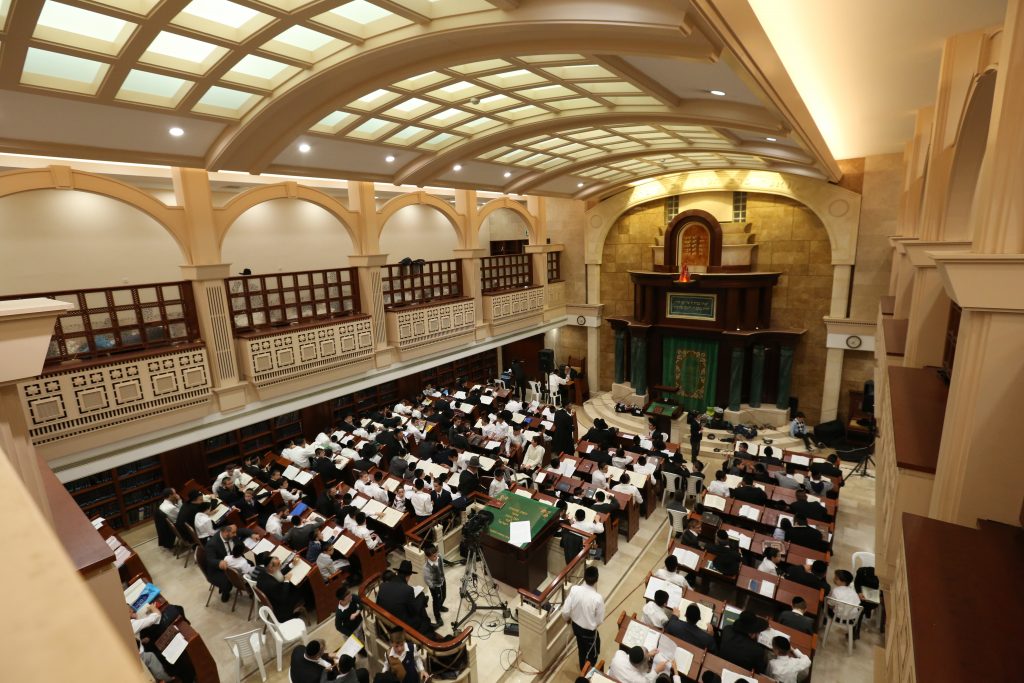 A special Avos Ubanim learning session with the participation of 800 children from all the Har Nof shuls was held on Motzoei Shabbos in Kehillas Bnei Torah in Har Nof, Yerushalayim, marking the third yahrtzeit of the vicious massacre at the shul during Shacharis. The actual yahrtzeit is on Tuesday, 25 Cheshvan.

The victims of the massacre were Rabbi Avraham Shmuel Goldberg, 68, Hy”d; Rabbi Aryeh Kupinsky, 43, Hy”d; Rabbi Kalman Levine, 55, Hy”d; and Harav Moshe Twersky, 59, Hy”d, all from the Har Nof neighborhood. Rabbi Chaim Yechiel Rothman, Hy”d, passed away nearly a year after the attack from his wounds. A Druze police officer, Sgt. Maj. Zidan Seif, who tried to stop the terrorists, was also killed.

At the end of the learning, the orphaned children recited Kaddish, leaving not a dry eye in the shul.

The children were addressed by the noted Mashgiach, Harav Binyanim Finkel, shlita.