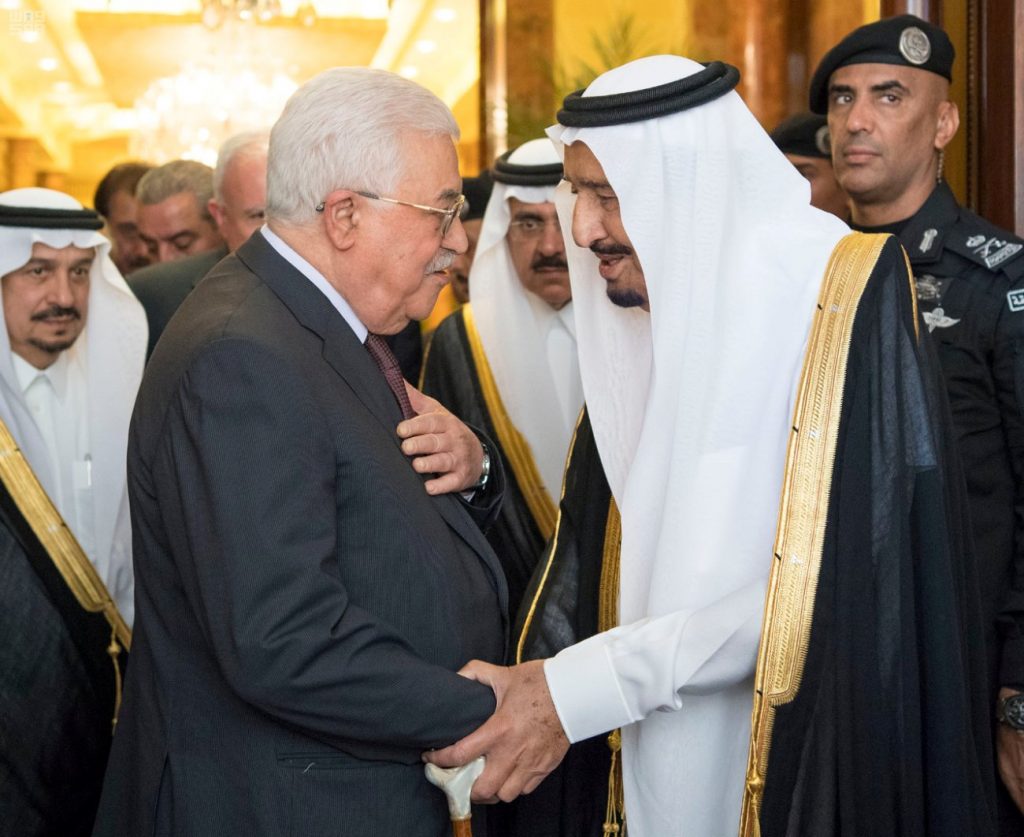 At least one of the reasons for summoning Palestinian Authority President Mahmoud Abbas to Riyadh last week was a Saudi ultimatum: either accept the Trump peace plan or resign, according to Israel’s Channel 10 on Sunday evening.

A draft of the plan is reportedly nearing completion, but details have not yet been disclosed, and it is not known what the Saudis told Abbas about it.

The Palestinian leader was in the middle of discussions in Cairo with Egyptian president Abdel Fattah al-Sisi when the urgent call came from Riyadh.

It was thought that the meeting had more to do with broader regional matters than the forthcoming peace plan. Sunday’s report, which was unsourced, did also say that Abbas was rebuked by Riyadh over his ties with Hezbollah and Hamas, who are allies of Iran, the Saudis’ nemesis.

Abdul Haj Ibrahim, head of the Political Science Department at Birzeit University in Ramallah, told The Media Line that “Abbas was brought to the kingdom as part of the Saudi campaign to recruit Sunni Arab leaders to its side of the ongoing feud with [Shiite] Iran and Hezbollah,” which is playing out with deadly consequences in proxy wars in Syria and Yemen.

“It’s a new alignment of the Arab forces in the area,” he said.

Regional experts were quoted as saying that the House of Saud is alarmed at the unity agreement between Hamas and Fatah, which could bring the Palestinian government into the Iranian orbit.