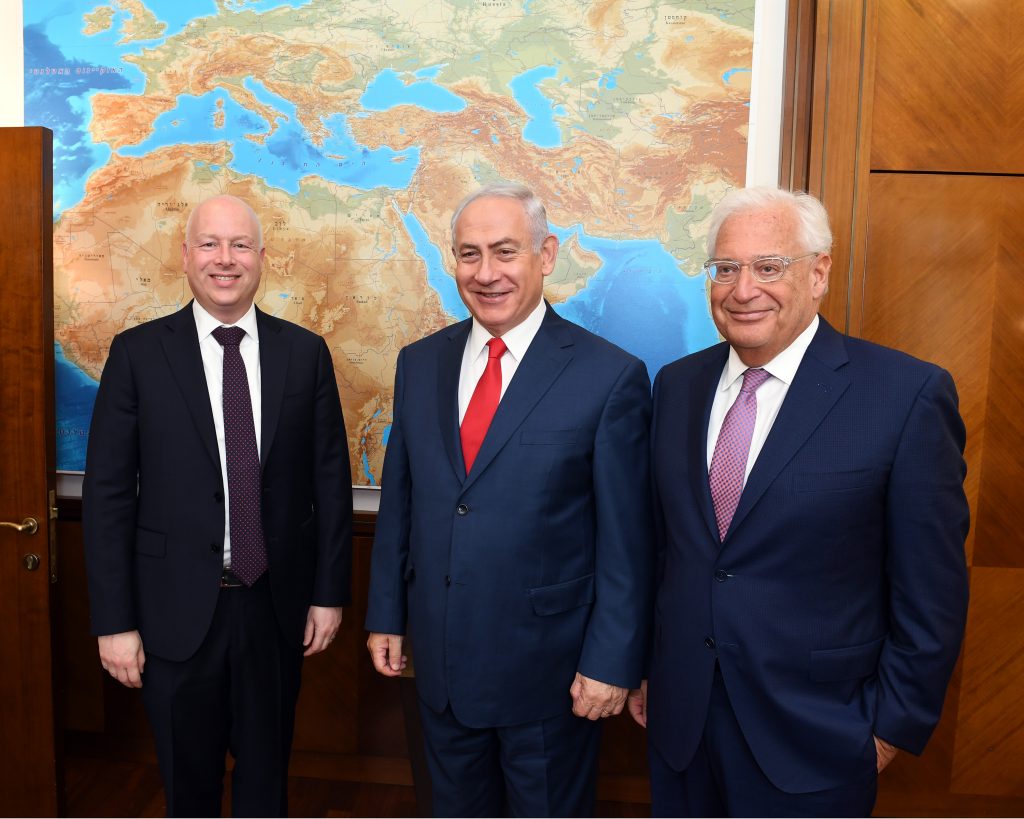 President Donald Trump is ready to start dealing, and he, along with his Middle East negotiators, have begun work on the outlines of a peace deal between Israel and the Palestinians. A weekend report in The New York Times said that the deal would be ready as soon as the beginning of 2018. According to the report, the president believes it will be the “ultimate deal,” covering all aspects of the conflict and resolving them.

The planned deal comes after 10 months of studying the conflict from all perspectives, the report quoted White House officials as saying, and the plan will “address such perennial dividing points as the status of Jerusalem and settlements in the occupied West Bank. Although Mr. Trump has not committed to a Palestinian state, analysts said they anticipated that the plan will have to be built around the so-called two-state solution that has been the core of peacemaking efforts for years,” according to the report.

The report quoted chief Middle East negotiator Jason Greenblatt as saying that “we have spent a lot of time listening to and engaging with the Israelis, Palestinians and key regional leaders over the past few months to help reach an enduring peace deal. We are not going to put an artificial timeline on the development or presentation of any specific ideas and will also never impose a deal. Our goal is to facilitate, not dictate, a lasting peace agreement to improve the lives of Israelis and Palestinians and security across the region.”

Greenblatt and other U.S. officials have stated numerous times that they expect the Palestinians to recognize Israel as a Jewish state and rein in terror groups. Commenting on the recent reconciliation between Hamas and Fatah, Greenblatt said last week that “as we’ve made clear in the past, any Palestinian government must unambiguously and explicitly commit to nonviolence, recognize the State of Israel, accept previous agreements and obligations between the parties — including to disarm terrorists — and commit to a negotiated solution to the Israeli-Palestinian conflict.”