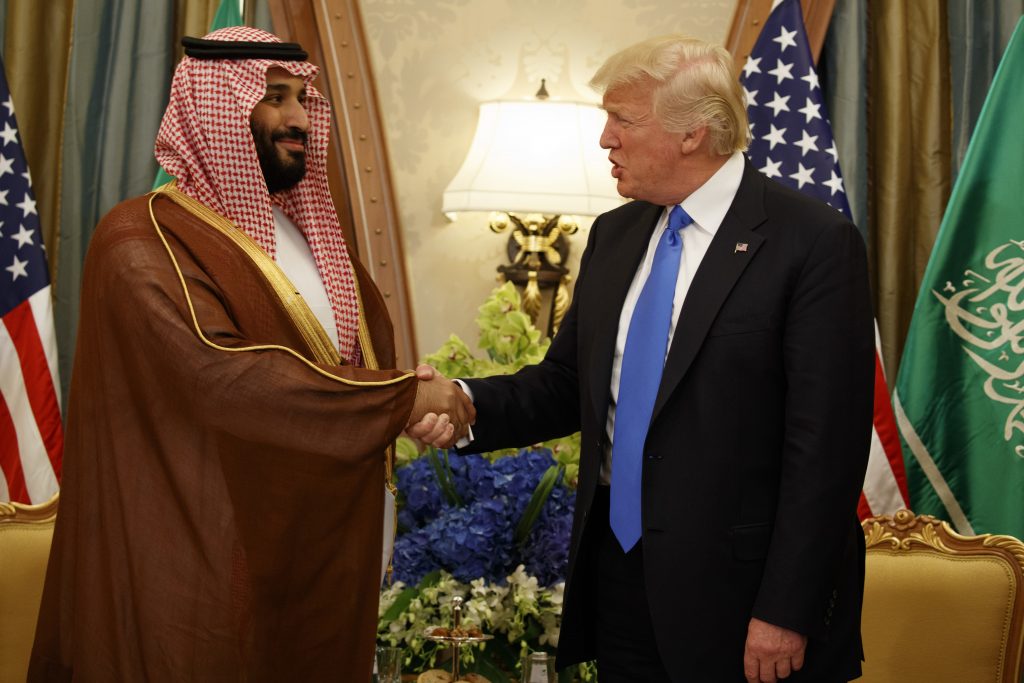 Israelis talk about when, not if, they’ll fight Hezbollah again. Since the last war in 2006, they’ve repeatedly reinforced the border with Lebanon. Snaking through the pine forests that separate the countries are 50 miles of sensor-laden fences, patrol roads and dirt berms.

They’ll make little difference if war comes. Both sides are geared for an airborne conflict. Israel’s leaders say they’re ready to bomb Lebanon back in time. Hezbollah is said to have increased its missile stocks tenfold. In Kfar Vradim, an Israeli town just south of the frontier, David Deshe expects the worst. “Last time we had a couple of dozen rockets,” said the army reservist and business-owner (who counts a Warren Buffett-owned factory among his neighbors). “This time, they tell us, it’s going to be like rain.”

But there’s been a crucial change since 2006, one that may far outweigh any new fortifications. As the war against Islamic State winds down, older fault-lines are resurfacing, along with some new alliances. Many signs point to a deepening understanding, encouraged by the U.S., between Israel and an Islamic kingdom it doesn’t even have diplomatic relations with: Saudi Arabia.

The two countries share a common enemy in Iran. They’re both urging action against the Iranian-sponsored Hezbollah — and increasingly taking action themselves, fueling the regional turbulence that has rocked oil markets. And they’re both central to the new American strategy for the Middle East outlined, if not yet detailed, by Mr. Donald Trump.

Determination to roll back Iranian power unites the unlikely triumvirate: Benjamin Netanyahu, Israel’s veteran premier; Mohammed Bin Salman, the ambitious young prince who’s seized the reins in Saudi Arabia and is casting aside its traditional caution; and the U.S. president.

They all express dismay at the victory of Iran’s ally Bashar al-Assad in Syria, and the growing clout across the region that the Islamic Republic enjoys as a result. For years, “Assad must go” has been American and Saudi policy; instead he’s largely defeated the rebels they supported. Looking for another arena to push back, the triumvirate is zeroing in on Lebanon and its dominant party, which all three consider a terrorist group, Hezbollah.

Lebanon’s Prime Minister Saad Hariri, a Saudi protégé, had been governing in coalition with Hezbollah. Last weekend he flew to Riyadh, then unexpectedly quit, saying his life was in danger. “The hands of Iran in the region will be cut off,” Hariri said Nov. 4 on Saudi TV, announcing a resignation widely seen as a Saudi-orchestrated move.

Israel followed up within hours. Netanyahu issued a statement urging the world to wake up to Iranian aggression. The next day, Channel 10 in Tel Aviv reported that Israeli diplomats around the world had been ordered to portray Hariri’s departure as an example of Iran’s menacing influence.

Neither country acknowledges any direct contact, which would be especially damaging for the Saudis. As guardians of Islam’s holiest sites, they claim leadership in a Muslim world where Israel is deeply unpopular.

The Saudi government’s media office didn’t immediately respond to requests for comment. A Netanyahu aide, who asked not to be identified discussing a sensitive issue, said Iran now threatens so many countries that it’s natural for Israel’s alarm to be shared by others, while declining to comment on whether there’s Saudi-Israel coordination.

“It’s very possible that Saudi Arabia and Israel are forming a joint strategy toward Hezbollah and Iran,” said Alireza Nader, a policy analyst at RAND Corp. “While Saudi Arabia may have some diplomatic and economic sway over Lebanon, it cannot fight Hezbollah militarily. But Israel has the capability to strike.”

That doesn’t mean it wants to, at least for now.

“We may have to confront Hezbollah sooner or later,” Ofer Shelach, a member of the foreign affairs and defense committee in Israel’s parliament, said in an interview. “But everyone wants to put off this confrontation.”

Israel has landed some blows. It’s carried out multiple airstrikes in Syria, where Hezbollah is fighting alongside Assad, Russia and Iran, targeting convoys said to be carrying weapons to Lebanon. That’s one reason the Jewish state is unhappy with the Assad victory in Syria: It opens a land corridor that could make such deliveries routine.

Despite dozens of Israeli strikes, Hezbollah has refrained from major retaliation. The militia is drained by the fight in Syria, focused on consolidating its gains there, and has no appetite for another major war, said Paul Salem, vice president of the Middle East Institute in Washington. While Hezbollah’s Iranian backing would ensure the group survives, “they will lose money, they will lose people, they will lose infrastructure,” he said. But whatever the sides may want, the risk of war is rising steadily, Salem said.

Israeli officials saw Hariri’s resignation as a chance to ratchet up pressure. Intelligence Minister Israel Katz called it a “turning point” for the Middle East. “Now is the time to press and isolate Hezbollah, until it will be weakened and eventually disarmed,” he said in a written response to questions.

It’s not clear what role Washington is playing in the convergence between two of its oldest and closest Mideast allies.

Two people, familiar with U.S. policy in the region said that it’s an American objective to encourage coordination between regional countries that oppose Iran and are aligned with the U.S. That’s starting to happen, the people said, though they said there was no American involvement in Hariri’s resignation.

Days before that bombshell, Jared Kushner, Mr. Trump’s son-in-law, who’s also a confidant of Israeli leaders, was in Saudi Arabia. He reportedly spent late nights talking with Prince Mohammed. Mr. Trump has said a peace deal with the Palestinians would involve bringing Israel and Islamic countries such as Saudi Arabia together. His envoy on that issue, Jason Greenblatt, has also been in Riyadh and Jerusalem lately.

Kushner’s conversations in Saudi Arabia and the region briefly included addressing the broad threat posed by Iran-Hezbollah in the context of Israeli-Palestinian peace, if not the specific actions recently taken against the Shiite militia, according to the people familiar with American diplomacy. Further steps could involve a clampdown on Hezbollah cash flow, as the militia faces the growing cost of treating fighters injured in Syria and paying pensions to the families of those who died.

During the 2006 war, Saudi Arabia propped up Lebanon’s economy with a billion-dollar deposit at its central bank. Now there’s an expectation the Saudis will pull money out, as they did during their continuing dispute with neighbor Qatar.

On Thursday, the kingdom told its citizens to leave Lebanon immediately. There’s a lot of Gulf money there too. Financial restrictions “could force the central bank to burn through its foreign-exchange reserves,” London-based Capital Economics said.

Lebanon is effectively getting sucked deeper into the Syrian conflict, the crucible for so many of the region’s deadly rivalries. A decision is looming there for President Trump: What to do with American forces after Islamic State is defeated. Officials have indicated that a military presence will remain, to stamp out the last jihadists and guard against their return.

Follow-up questions will be asked in Riyadh and Tel Aviv: How many troops will stay? For how long? And will they be strictly focused on Islamic State or available for other missions that would advance the anti-Iranian cause?

“The U.S. still has no policy on Syria,” Israeli lawmaker Shelach said. Absent that, “It’s Israel vs Iran,” he said. “And the possibility of an unintended war with Hezbollah increases.”