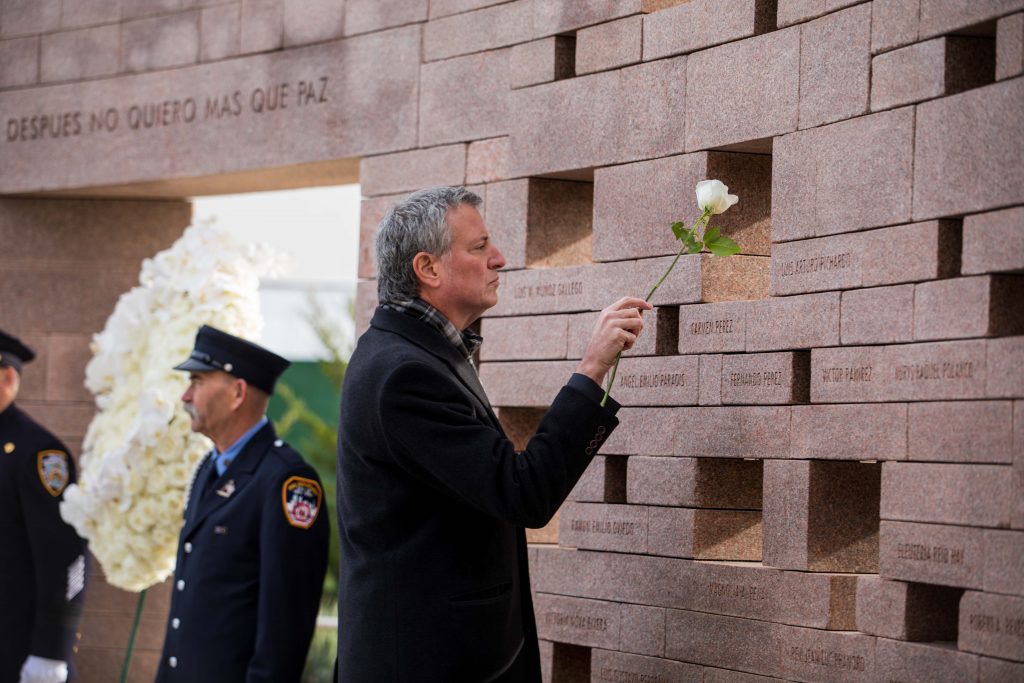 New York City’s mayor says those killed when a plane crashed in a Queens neighborhood weeks after the 9/11 attacks will never be forgotten.

Democratic Mayor Bill de Blasio told an audience Sunday morning, at a memorial service for Flight 587 victims, that the renaming of an intersection in the Belle Harbor neighborhood where the plane crashed as “Flight 587 Way” was a powerful message.

He says relatives of the 265 people who were killed recommended the renaming last year. The crash on New York’s Rockaway peninsula on Nov. 12, 2001, was the second deadliest aviation accident on U.S. soil. Everyone on board died, along with five people on the ground.

Investigators blamed the crash on the plane’s tail detaching after a co-pilot responding to turbulence put stress on the rudder.