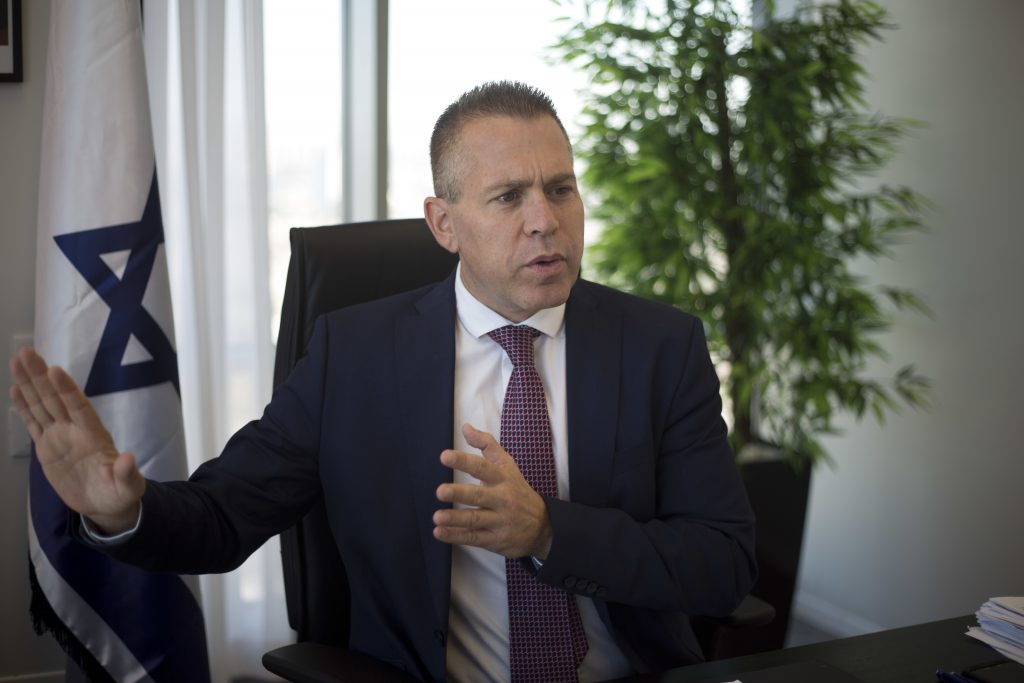 Public Security Minister Gilad Erdan is set to propose a law that will allow police to determine if bodies of terrorists should be returned to their families, based on what the funeral of that terrorist is likely to look like. The law would allow police to rule against returning bodies of terrorists to their families if the funeral is likely to turn into an anti-Israel demonstration, or if incitement against Israelis will be featured.

Currently, Israel holds back the bodies of Palestinian Authority terrorists who are killed, releasing them only if the family promises to hold a quiet funeral without the thousands of people who often come out to these events in order to demonstrate against Israel. The new law would apply to terrorists who are Israeli citizens. It comes in response to a High Court ruling that the bodies of the three terrorists who killed Israeli police officers Ha’il Satawi and Kamil Shanan in the Har HaBayis terror attack in July must be returned to their families.

As Israeli citizens, Muhammad Jabrin, 29, Muhammad Abd-Allatif Jabrin, 19, and Muhammad Ahmed Mafdel Jabrin, 19 – all relatives from Umm el-Faham –  are entitled to burial like all other Israelis. The funerals did indeed turn into anti-Israel riots, including speeches by Northern Islamic Movement head Ra’ed Salah, who is currently in prison for the incitement content in speeches he gave recently, including the speech he gave at the funeral for the terrorists. The new law would allow police to decide if families could be trusted not to turn funerals into riots.

Commenting on the proposal, Erdan said that “funerals for terrorists have turned into festivals of incitement that promote further terrorist attacks, as we saw in the case of the funerals of the Umm el-Faham terrorists. My job as public security minister is to prevent these kinds of things. We will allow these terrorists to be buried only if families adhere to the conditions set by police.”