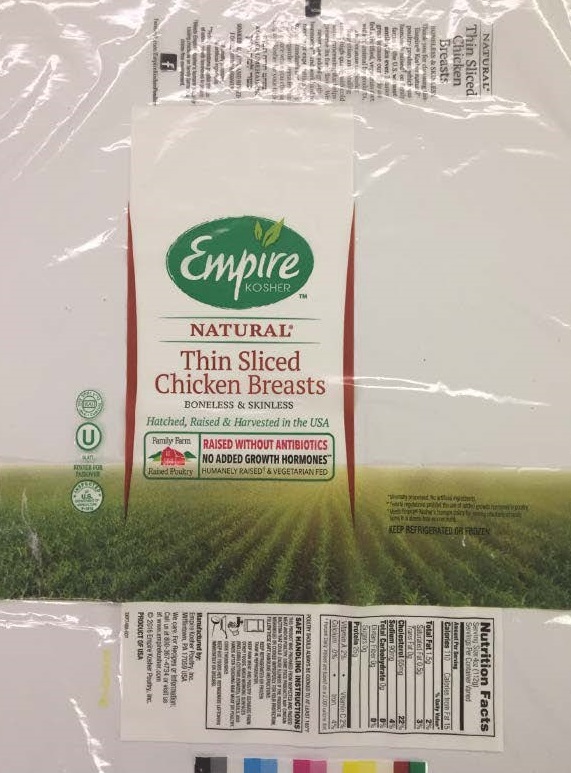 An Empire employee recently found a piece of metal in a chicken breast, which Empire says occurred “due to an equipment malfunction.”

Thus far, there have been no confirmed reports of any customers discovering metal in their chicken, or of any adverse reactions due to consumption of Empire chicken, the USDA said. Nevertheless, “out of an abundance of caution,” Empire said it is recalling the following lots of chicken cutlets: