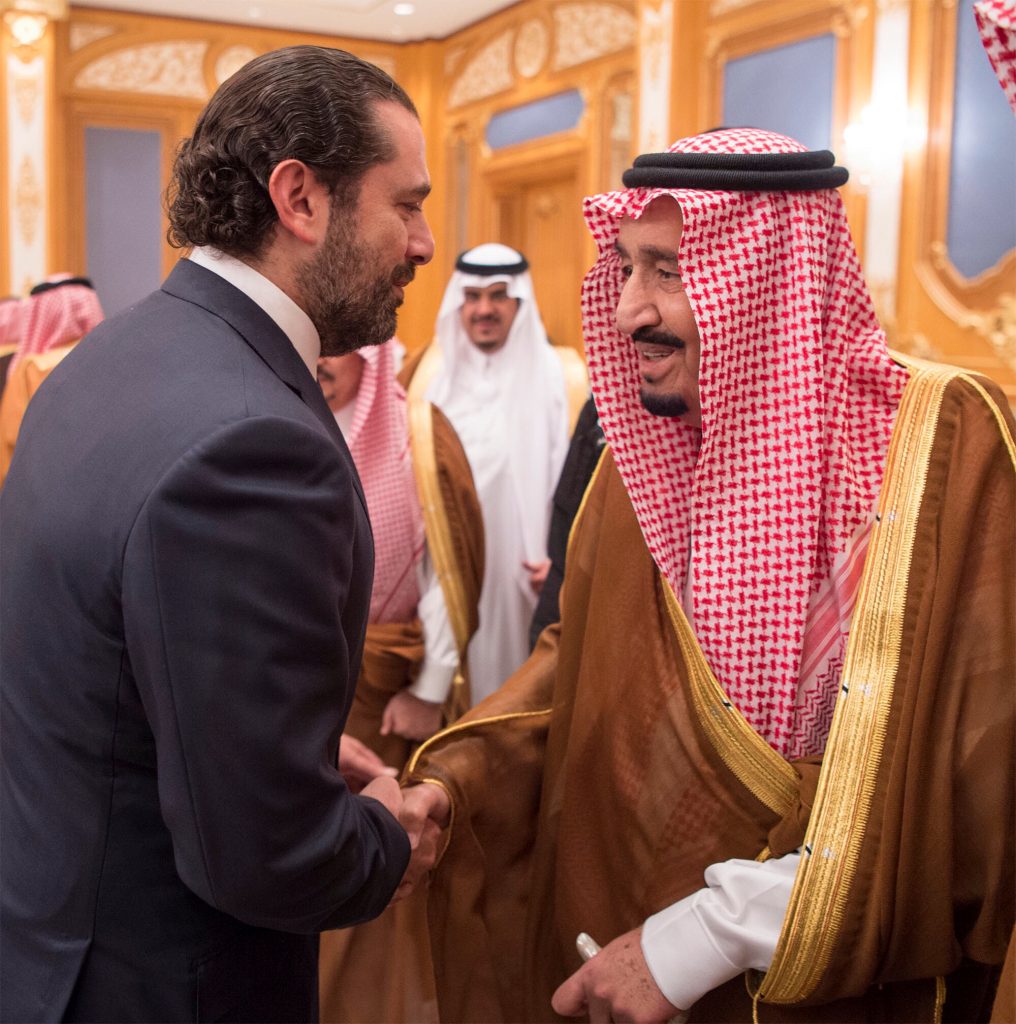 From the moment Saad al-Hariri’s plane touched down in Saudi Arabia on Friday, Nov. 3, he was in for a surprise.

There was no line-up of Saudi princes or ministry officials, as would typically greet a prime minister on an official visit to King Salman, senior sources close to Hariri and top Lebanese political and security officials said. His phone was confiscated, and the next day he was forced to resign as prime minister in a statement broadcast by a Saudi-owned media channel.

The move thrust Lebanon back to the forefront of a struggle that is reshaping the Middle East, between the conservative Sunni monarchy of Saudi Arabia and Shiite revolutionary Iran.

Their rivalry has fueled conflicts in Iraq, Syria and Yemen, where they back opposing sides, and now risks destabilizing Lebanon, where Saudi has long tried to weaken the Iran-backed Hezbollah group, Lebanon’s main political power and part of the ruling coalition.

Sources close to Hariri say Saudi Arabia has concluded that the prime minister – a long-time Saudi ally and son of late prime minister Rafik al-Hariri, who was assassinated in 2005 – had to go because he was unwilling to confront Hezbollah.

Multiple Lebanese sources say Riyadh hopes to replace Saad Hariri with his older brother Bahaa as Lebanon’s top Sunni politician. Bahaa is believed to be in Saudi Arabia and members of the Hariri family have been asked to travel there to pledge allegiance to him, but have refused, the sources say.

“When Hariri’s plane landed in Riyadh, he got the message immediately that something was wrong,” a Hariri source told Reuters. “There was no one waiting for him.”

Saudi Arabia has dismissed suggestions it forced Hariri to resign and says he is a free man. Saudi officials could not immediately be reached for comment on the circumstances of his arrival, whether his phone had been taken, or whether the Kingdom was planning to replace him with his brother.

Hariri has given no public remarks since he resigned and no indication of when he might return to Lebanon.

Hariri was summoned to the Kingdom to meet Saudi King Salman in a phone call on Thursday night, Nov. 2.

Before departing, he told his officials they would resume their discussions on Monday. He told his media team he would see them at the weekend in the Red Sea resort of Sharm al-Sheikh, where he was due to meet Egyptian President Abdel Fattah al-Sisi on the sidelines of the World Youth Forum.

Hariri went to his Riyadh home. His family made their fortune in Saudi Arabia and have long had properties there. The source close to Hariri said the Lebanese leader received a call from a Saudi protocol official on Saturday morning, who asked him to attend a meeting with Crown Prince Mohammed bin Salman.

He waited for about four hours before being presented with his resignation speech to read on broadcast media, the source said.

“From the moment he arrived they [Saudis] showed no respect for the man,” another senior Lebanese political source said.

Hariri came back from that trip to Beirut “pleased and relaxed,” sources in his entourage said. He posted a photo with Sabhan, both of them smiling. He told aides he had heard “encouraging statements” from the crown prince, including a promise to revive a Saudi aid package for the Lebanese army.

The Hariri sources say Hariri believed he had convinced Saudi officials of the need to maintain an entente with Hezbollah for the sake of Lebanon’s stability.

Hezbollah has a heavily armed fighting force, in addition to seats in the parliament and government. Saudi-backed efforts to weaken the group in Lebanon a decade ago led to Sunni-Shiite clashes and a Hezbollah takeover of Beirut.

“What happened in those meetings, I believe, is that [Hariri] revealed his position on how to deal with Hezbollah in Lebanon: that confrontation would destabilize the country. I think they didn’t like what they heard,” said one of the sources, who was briefed on the meetings.

The source said Hariri told Sabhan not to “hold us responsible for something that is beyond my control or that of Lebanon.” But Hariri underestimated the Saudi position on Hezbollah, the source said.

“For the Saudis it is an existential battle. It’s black and white. We in Lebanon are used to gray,” the source said.

Lebanese President Michel Aoun, a Hezbollah ally, told ambassadors to Lebanon that Saudi Arabia had kidnapped Hariri, a senior Lebanese official said. On Friday, France said it wanted Hariri to have “all his freedom of movement.”

In his speech, Hariri said he feared assassination and accused Iran and Hezbollah of sowing strife in the region. He said the Arab world would “cut off the hands that wickedly extend to it,” language which one source close to him said was not typical of the Lebanese leader.

Hariri’s resignation came as more than 200 people, including 11 Saudi princes, current and former ministers and tycoons, were arrested in an anti-corruption purge in Saudi Arabia.

Initially there was speculation Hariri was a target of that campaign because of his family’s business interests. But sources close to the Lebanese leader said his forced resignation was motivated by Saudi efforts to counter Iran.

Hariri was taken to meet the Saudi king after his resignation. Footage was aired on Saudi media. He was then flown to Abu Dhabi to meet Crown Prince Mohammed bin Zayed, the Saudi crown prince’s main regional ally. He returned to Riyadh and has since received Western ambassadors.

Sources close to Hariri said the Saudis, while keeping Hariri under house arrest, were trying to orchestrate a change of leadership in Hariri’s Future Movement by installing his elder brother Bahaa, who was overlooked for the top job when their father was killed. The two have been at odds for years.

In a statement, the Future Movement said it stood fully behind Hariri as its leader. Hariri aide and Interior Minister Nohad Machnouk dismissed the idea Bahaa was being positioned to replace his brother.

“We are not herds of sheep or a plot of land whose ownership can be moved from one person to another. In Lebanon things happen though elections, not pledges of allegiances.”

Family members, aides and politicians who have contacted Hariri in Riyadh say he is apprehensive and reluctant to say anything beyond “I am fine.” Asked if he is coming back, they say his normal answer is: “Inshall-h” (G-d willing).